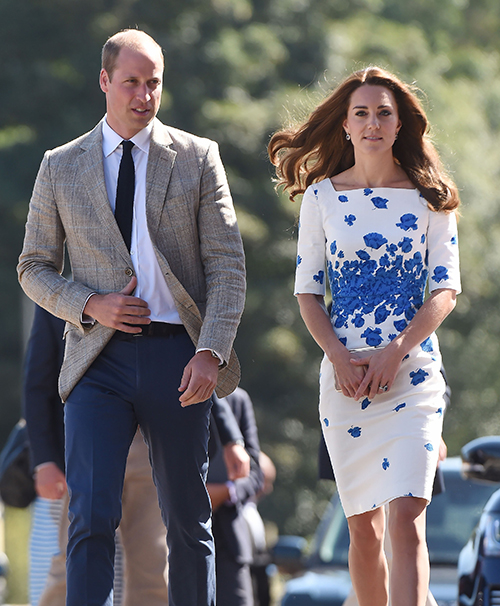 Earlier this summer, Prince Harry revealed the number one reason why he never spoke about his mother Princess Diana’s death. Prince Harry kept his feelings about his mother’s untimely death to himself out of respect for his father, Prince Charles and his new stepmother, Camilla Parker-Bowles simply because he didn’t want to upset the royal couple and preferred to keep the loss private. He told the BBC, “It’s OK to suffer, but as long as you talk about it. It is not a weakness. Weakness is having a problem and not recognizing it and not solving that problem.”

Prince Harry’s comments about Princess Diana’s death and how he dealt with the mourning won over critics and fans, who called the young prince intelligent, mature, and sensitively tactile for keeping Prince Charles and Camilla Parker-Bowles feelings in consideration. And apparently, Prince William is probably trying to do the same thing as he too is opening up about Princess Diana’s death and how it’s been affecting him on a daily basis.

Although Prince William rarely speaks about his private life and true feelings to the public, he opened up in a rare moment during a meeting with a 14-year-old named Ben Hines, who lost his own mother to cancer one year ago. Prince William and Kate Middleton paid a visit to Keech Hospice Care where they spoke about mental health care with local professionals. Prince William told Ben Hines, “I know how you feel, I still miss my mother every day and it’s 20 years after she died. The important thing is to talk about it as a family. It’s OK to feel sad. It’s OK for you to miss her.”

Prince William’s revelation of course comes after harsh criticism from the media regarding him and his wife taking multiple vacations all summer long while putting very minimal work into royal engagements. So it’s no wonder that Prince William and Kate Middleton are looking to use Princess Diana’s name to help soften their image a little, especially since it worked so well for Prince Harry after the comments he made earlier this summer.

What do you think, CDL readers? Are Prince William and Kate Middleton trying to use Princess Diana in their new PR strategy? Do you think Prince William is trying to follow in Prince Harry’s footsteps by being more candid about his feelings? Let us know what you think.