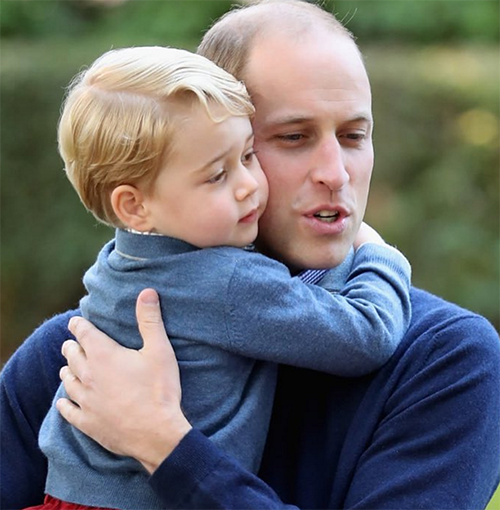 There’s new speculation that Prince William might be having a very hard time with his ‘daddy duties’ at home. The prince has once again bemoaned his parental duties with his children Prince George and Princess Charlotte, complaining that the two children are still jet lagged and not sleeping after their whirlwind week-long trip to Canada.

According to Hello Magazine, Prince William, who has even said that his son Prince George can be loud and spoiled at times, if not even hard to handle, admitted that he and Kate Middleton are struggling to get their children back on their regular schedule. Using rather choice words, Prince William said, “The jet lag has been a bit interesting since we got back.”

Of course, this isn’t the first time Prince William publicly bemoaned and complained about his kids. He has even said that his 3-year-old son is far too spoiled and received way too many presents for his last birthday and was so humiliated with his son during a public meltdown of his at the Royal International Air Tattoo last summer that he had a hard time containing his frustration.

Needless to say, every parent goes through plenty of ups and downs with their children, but it seems as though William likes to complain about parenthood more than anything else so much so that Kate Middleton is probably worried that she won’t be able to get pregnant again.

Does Prince William even like fatherhood? Is he still having a hard time adjusting to life with two small children at home? Surely, the Duke and Duchess of Cambridge getting plenty of help at home with their children but it seems as though the pressure and stress that comes from not only being the future King of England but a young father is beginning to take its toll on William.

If he can’t handle the constant bustle and sleepless nights that comes with having two toddlers at home, there’s no way that Prince William and Kate Middleton are having another child. In fact, it wouldn’t be surprising if William is putting the couple’s pregnancy plans on the back burner permanently.

Tell us CDL readers do you think Prince William is unhappy with fatherhood? Drop us a line with your thoughts in our comments section. Also, check back for all the latest news and updates on the royal family right here!