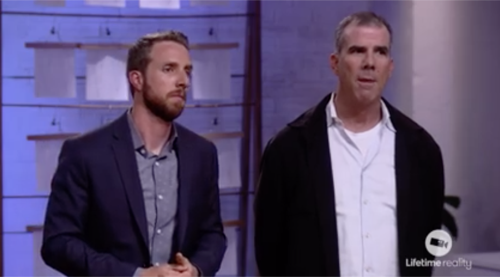 Tonight on Lifetime their Emmy Award nominated series Project Runway airs with an all-new Thursday, November 3, 2016, and we have your Project Runway recap below!  On tonight’s Project Runway season 15 episode 8 “Project Pop Up”  Kelly Osbourne serves as the guest judge.

On the last Project Runway Season 15 episode 7, the tired and weary clothiers land in Universal Studios Orlando for a reinvigorating break, their experiences at the theme park then served as inspiration to design looks.  Did you watch the episode?  If you missed it we have a full and detailed recap, right here!

On tonight’s Project Runway episode as per the Lifetime synopsis, “Three-piece collections are created to be showcased in a SoHo pop-up shop. Tensions and tantrums abound in the season’s second team challenge. Kelly Osbourne serves as the guest judge.”

Tonight’s episode of Project Runway kicks off with the remaining designers waiting for their new challenge. Tim Gunn arrives with beauty expert Gregory Patterson. This week is a Project Runway first – a Sally Beauty pop-up color shop will take place in SoHo, and the designer’s outfits will be on display. The public will vote on their favorite designs, and their votes will be factored in with the judges’ scores to see who will be going home.

This challenge will be another team challenge. There will be three teams and they will each be given one color to work with. The red team will be Erin, Cornelius, and Dexter. The nude team will be Jenny, Nathalia, and Mah-Jing. The blue team is made up of Laurence, Roberi, and Rik. The teams head to the sewing room to brainstorm what their designs will look like. Of course, Laurence’s team is using her

Of course, Laurence’s team is using her jacket making skills to their advantage. Mah-Jing, Jenny, and Nathalia are working well together, but Mah-Jing is getting a little frustrated because he doesn’t think the girls are taking his ideas to heart. However, the blue team is not mingling well – Dexter, Cornelius, and Erin can’t seem to agree on anything. One they are done sketching, Tim Gunn takes the designers to Mood to pick out their fabrics.

Once they have their fabric, the designers head back to the sewing room to get to work. Dexter is putting together a rock’n’roll vest for the red team, and Cornelius is working on a matching plaid jacket.

Mah-Jing is upset, he’s working by himself in the sewing room and Nathalia and Jenny are having a “secret meeting” in the break room about their designs. He thinks that his teammates aren’t taking him serious and is sick of being excluded from the planning.

Cornelius is freaking out. He is doing double the amount of work as his teammates, and he thinks that they are using way too much red and they need to tone it down a bit. But, Erin and Dexter aren’t trying to hear what he has to say.

Tim Gunn arrives to critique what the designers have done so far. He stops by the blue team first – of course he has nothing bad to say about Laurence’s jacket. He warns Rik that his dress is a little too “basic.”

Tim raves over the red team’s designs, it looks like Erin, Cornelius, and Dexter turned out to be a great combination of designers. Tim even goes as far as to say that their collection “gives him chills.”
The worst critique goes to the nude colored team – Mah-Jing says that his team is in a slump and Tim Gunn agrees. He doesn’t like anything that they have made so far, and even tells them that their designs actually look a little boring.

Everyone begins scrambling to finish off their collections and make the necessary changes per Tim’s comments before it is time for the pop-up show to kick off.

Erin and Dexter are feeling pretty cocky after their positive critique from Tim Gunn, and they basically goof off the rest of the day while Cornelius puts the finishing touches on everything, and he’s not happy about it.

The Project Runway models arrive for their fittings. The nude team appears to have pulled off a miracle and scrapped half of their designs and put together a pretty impressive collection. Mah-Jing is thrilled that his teammates, Jenny and Nathalia are finally including him and taking his ideas into consideration.

Before the pop-up show, the designers head to the Sally Beauty salon to pick out their models’ hair and make-up, then Tim Gunn arrives and says that it is time for the pop-up show. They head to Soho and the models take their places. Tourists and shoppers stop by the pop-up show to vote for their favorite collection. The designers listen in on the people on the street’s comments, it’s certainly interesting to hear their feedbacks.

The next day, the designers head to the runway to meet up with Heidi Klum for the fashion show. Before the fashion show kicks off, Heidi Klum announces that the winner of the pop-up show was Team Nude – Mah-Jing, Nathalia, and Jenny are the winners and they start off the runway show with 20 extra points. Now, it’s time for the judges to see the collections – including guest celebrity judge Kelly Osbourne.

After the models parade down the runway, the judges announce that the winning team is the Blue Team, and the losers are the Red Team. The Nude Team is safe and heads backstage. One designer will be chosen as the winner of the challenge, and one designer on the losing team will be sent home.
The judges are not impressed with the red team’s designs, and think they are the weakest of the three groups. Heidi says that the “red is overwhelming.” Nina agrees that they should “spread the red out a bit.” Heidi asks the red team who they think should go home tonight. Dexter throws Cornelius under the bus and says that the judges should send him home. Cornelius rants to the judges that Dexter and Erin ganged up on him and wouldn’t listen to him. The judges don’t seem too impressed with the fact that Erin and Dexter are blaming everything on Cornelius.

Now, it’s time to learn who will be going home, out of Erin, Dexter, and Cornelius. Heidi reveals that Dexter and Erin are safe – Cornelius is officially eliminated from Project Runway.

Tim Gunn announces that he is using his “Tim Gunn Save” and he doesn’t think it is time to send Cornelius home yet. It looks like he is getting a second chance and won’t be going home after all.