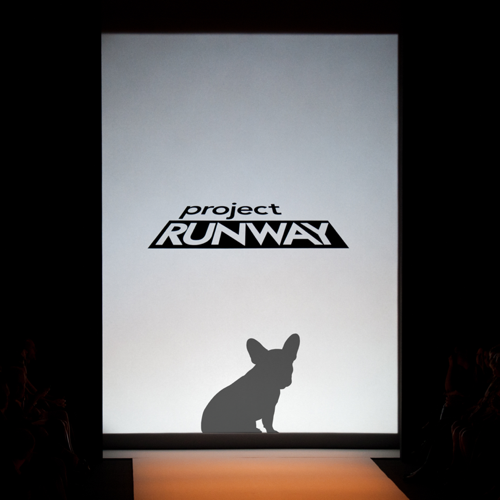 Tonight on Lifetime their Emmy Award nominated series Project Runway airs with an all-new Thursday, December 1, 2016, episode and we have your Project Runway recap below!  On tonight’s Project Runway season 15 episode 11 “Bold Innovation,” as per the Lifetime synopsis, “The first-ever hybrid challenge tasks the clothiers to fashion innovative avant-garde looks by using conventional fabric and unconventional metal-themed materials. Included: a memorable runway.”

Did you watch last week’s episode and want to get caught up before tonight? If you missed it we have a full and detailed recap, right here!

Tonight’s episode of Project Runway kicks off with the final 6 meeting Heidi Klum at the runway. Heidi reveals that there are only two challenges remaining until the winner is selected. She warns the designers to buckle up because they are in for a thrill, an then sends them to what appears to be an abandoned warehouse to meet Tim Gunn.

The designers begin racing around the warehouse and trying to find supplies. They only 5 minutes, and it’s complete mayhem. Half of the designers don’t even know what they are grabbing. Laurence on the other hand, is calm, cool and collected. Mah-Jing fills his garbage can with pieces of fences that he can mold and shape. There’s no method to Cornelius’ madness – he is grabbing everything he can get his hands on. When time is up, Rik is concerned because everyone grabbed way more stuff than he did. Afterward, they head to Mood to pick up fabric, but they only have a $150 budget because they have to use the junk they collected from the warehouse.

The designers head back to the workroom with their fabrics and junk from the warehouse. Rik is a little stressed – he doesn’t have much experience with Avant-Garde. Mah-Jing gets to work on creating a “Space Goddess.” Of course, Erin is making flowers to put on her design, she wants to make a paper doll dress design to put them on.

Cornelius stops by Rik’s mannequin to check out his project so far, and he’s not impressed. Rik’s dress doesn’t look too unconventional or Avant-Garde.

Mah-Jing tries to give Erin some advice, he warns her that she needs to start gluing her flowers on ASAP or else the glue may not be dry by the time they head down the runway. Erin isn’t really trying to hear him.

Tim Gunn shows up for the critiques, Tim seems impressed with Rik’s dress. But, the other designers are still upset that he isn’t following the instructions and making something “unconventional.” Tim warns Erin that her paper dress may not go over well, the model could not be able to wear it down the runway properly because it’s so stiff. Laurence is making a stairway dress, of

Laurence is making a stairway dress, of course, it has her signature flat shoulders on it. Tim Gunn warns her that she might be playing it safe, her dress is gorgeous but doesn’t really scream avant-garde or unconventional.

Meanwhile, Cornelius is making a butterfly dress – it’s simplistic in the front and really crazy in the back. His dress has a huge pink circle on the front. Tim Gunn warns him that it looks like a maternity dress and the model should wear a sign that says “put baby bump here.”

After Tim Gunn leaves, the other designers get back to work, but they can’t help but notice the bizarre turn Cornelius is taking with his design. Cornelius decides that he doesn’t want to use the butterfly theme anymore, he wants to create a parasite that is consuming a butterfly.
The models arrive for their fittings, and the fittings are interesting. Laurence realizes that her dress might be a little bit short.

After his dress is fitted, Cornelius begins sewing tubes to the front of his dress. Everyone notices that he is putting the tube in an awkward place. Laurence jokes that he is giving his model a “ding dong.” Meanwhile, Erin’s model is beginning to resemble a chicken. She has on bright yellow pants, and made her paper dress/top out of wire.

Time is winding down, and Mah-Jing is still freaking out because he is afraid that his design is not avant-garde enough. Meanwhile, Erin is using flowers as pasties to cover up her model’s breasts, and raising a few eyebrows in the work room. The designers head to the salon to pick out their models hair and make-up for the runway show.

After the fashion show, each designer gets a moment to explain their concept to the judges and what items they used to create it. Heidi is a big fan of Roberi’s dress, Zac Posen agrees, and can tell that his dress was inspired by an automobile. Guest Judge and UnReal star Sherry wishes that Roberi’s dress blended better together.

Mah-Jing’s copper and denim dress is not a hit. Zac Posen points out that there are some fitting issues and the copper is so heavy the model is having a tough time holding up her dress.

Surprisingly, the judges rave about Rik’s dress, even though it is not as avant-garde as the rest of the designs. Heidi raves that Rik’s dress is very bold, but also very wearable.

Cornelius’s alien/butterfly/parasite is not a hit with the judges. Zac Posen says that the air ducts are unfortunate. And, Nina thinks the entire dress is a bit of a cliché, why does every alien inspiration have to include tubes?

Zac, Sherry, and Heidi all adore Laurence’s dress. But, Nina points out that it is very “safe” and she would like to see Laurence step out of her comfort zone more.

After the judges are done discussing the designs with the designers, they excuse them so that they can pick a winner and decide who will be going home this week. A few moments later, Heidi calls everyone back to the runway.

After careful consideration, this week’s winner is Erin – her flowers and paper dress were a hit with the judges.

Now, it’s time to find out who this week’s loser is. Heidi Klum announces that Laurence, Rik, and Roberi are all safe. Mah-Jing and Cornelius are in the bottom two, but Cornelius is safe this week … barely.
Mah-Jing is officially eliminated from Project Runway.