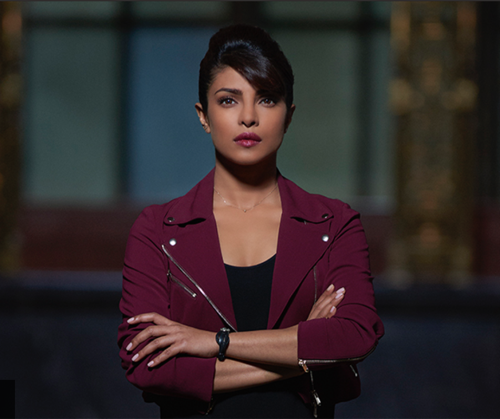 Tonight on ABC their hit drama Quantico airs with an all-new Sunday, September 25, 2016, season 2 premiere and we have your Quantico recap below. On tonight’s Quantico, the Season 2 premiere finds Alex (Priyanka Chopra) at “the Farm,” the CIA’s mysterious training facility, where she learns about the dark art of espionage; and is pulled into a conspiracy that threatens the lives of Americans and countless others around the globe.

Did you watch the last episode where Alex cleared her name, saved millions of lives, and discovered the mastermind behind it all was the very man who had trained her at Quantico, then she was fired? If you missed it we have a full and detailed Quantico recap, right here for you.

On tonight’s episode as per the ABC synopsis, “When season two begins, Alex finds herself at “The Farm,” the CIA’s mysterious training facility. As Alex (Priyanka Chopra) navigates the dark world of espionage, far different and more dangerous than what she’s learned before, she’s pulled into the center of a deadly conspiracy that not only threatens the lives of this country’s citizens, but the lives of countless others across the globe. This conspiracy calls everyone around her into question, be it new faces from the CIA or old ones from the Bureau.”

Tonight’s episode of Quantico kicks off with Alex grabbing coffee at a street vendor. She takes a mysterious call for Raina, who says that she got the passkey that Alex needs – Alex will pick it up in an hour.

Alex heads inside a building with high-security, the major political leaders from around the world are attending a briefing there with the President to discuss global surveillance policies. Inside, Alex runs into Ryan, apparently he is a part of the meeting. Alex was supposed to bring something to give to him. They end up bickering instead, and Ryan stomps off. Alex takes a ring out of her pocket and leaves it on the table.

Alex heads back outside and starts snapping photos of someone. She calls Shelby and tells her she needs to run the photo through the database – the guy she took a photo of is supposed to be dead.

Flashback – Alex heads to her new CIA job, which is not what she thought it would be. She’s basically sitting in a tiny cubicle in the basement. Before she leaves, she finds a mysterious blue post-it note that says 8:18 PM.

After work, Alex heads to the bar and meets up with Ryan and Shelby for drinks. At 8:18 PM, she gets a mysterious phone call saying she has been chosen to try out for the National Clandestine Service. She makes up an excuse to leave the bar, and gets directions via phone to “The Farm.” Alex is shocked when she sees Ryan in the group of trainess – they realize that they both lied to each other, and they are both undercover for the FBI and infiltrating the CIA.

Present Time – Shelby calls Alex and tells her that she ran the photo through the database. The guy in actually not Jeremy Miller, like Alex thought, his name is Paulo Silva. Before Shelby can finish filling her in, Alex’s phone loses service, and so does everyone else’ phones around her. Bombs start going off in the street.

Inside, Ryan and his men rush to get the President to safety. But, it’s not just a bombing, men are rushing the building with guns and tear gas.

Flashback – Ryan and Alex meet with Miranda and someone from the CIA. They learn that they are being sent into the CIA undercover because there is a group of rogue CIA agents who are anarchists, and they have been recruiting their members. Ryan and Alex just have to act like they don’t know each other.

The next day at training camp, Alex makes friends with a woman named Lydia, and Jeremy Miller. Jeremy wrote a series of books about the CIA, and apparently his books were so impressive, they invited him to the training camp. They head to class and meet their instructor – Owen. They are put through a rigorous lie detector test, Alex is a little horrified when Ryan is able to beat the polygraph test.

Preset Time – The group that attacked the building full of political leaders has taken them all hostage. Raina and Ryan are inside. The group is wearing masks, they have a list of people from around the world that has all been charged with crimes regarding global surveillance and they want them all pardoned. If they aren’t pardoned, the terrorist group will release biological warfare on the city. Alex is outside, and she’s trying to find a way inside the building.

Flashback – at the farm, they are gives their next task. All of the recruits are thrown into a room at the bar with a clue wrote on a card. They have to try to figure out which recruit their card describes. After the drill is over, Ryan and Alex are still in the game, they haven’t been eliminated. Owen tells them to sober up, for their next test – they will be jumping out of a plane.

In the plane, they are being strapped with parachutes and jumping out. Lydia’s parachute is not strapped on properly, but she is scared to tell Owen, she doesn’t want to be cut. As she tries to jump out of the plane, Alex dives across the plane and grabs her before she jumps to her death.

It turns out that Lydia is playing Alex – she is actually an undercover instructor and Owen’s partner. Alex gets lectured about compromising a mission, but she still barely makes it on the team.

Present Time – Alex is inside of the building with the terrorists. One of the men finds her in the hallway, she manages to fight him off and makes a run for it as he shoots at her.

Alex heads into a room and runs into another terrorist. She manages to get his gun away from him and rips his mask off, it’s Jeremy Miller. He tells her that there is no way she is going to be able to stop this, and now she is going to have to die too. Then Jeremy turns and jumps out the window to his death.

Flashback – Alex and Ryan are up late at the farm, everyone is sleeping. They sneak away to a room in an abandoned house. Ryan gets down on one knee and proposes to Alex. She tells him to keep the ring until after this mission is over.

Lydia heads home, and Owen is waiting for her – it turns out that he is her father.
Ryan bunks with Leon, he lied to him and tells him that he and Alex hooked up back at Quantico years ago and it’s over.

Present Time – The terrorists march the President’s wife up on the stage and assassinate her on camera, in front of hundreds of everyone. Alex watches through the window, horrified.