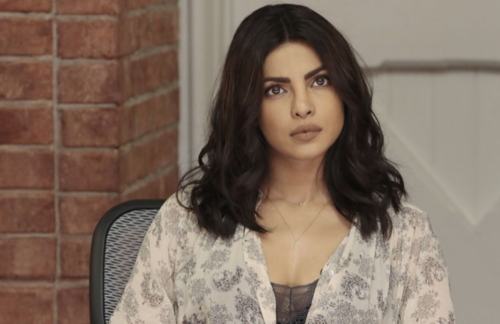 Tonight on ABC their hit drama Quantico airs with an all-new Sunday, October 2, 2016, season 2 episode 2 and we have your Quantico recap below. On tonight’s Quantico, Season 2 episode 2  in the future, Ryan and Raina, attempt to disrupt the terrorist plot by blending in with hostages.

Did you watch the last Quantico episode where Alex (Priyanka Chopra) was at “the Farm,” the CIA’s mysterious training facility, where she learned about the dark art of espionage? If you missed it we have a full and detailed Quantico recap, right here for you.

On tonight’s episode as per the ABC synopsis, “The new CIA recruits begin running counter-surveillance exercises at The Farm while Alex and Ryan navigate their new relationship with each other. In the future, Ryan and Raina try to disrupt the terrorists’ plan to blend in with hostages while trust becomes a deadly weapon, as not everyone is who they seem to be.”

Tonight’s episode of Quantico kicks off where we left off last week – terrorists have taken an entire Presidential convention hostage. Ryan and Rayna are inside. Alex is roaming the halls of the building, the terrorists have not found her yet. She watches through a window, horrified, as the terrorists behead the President’s wife. Ryan whispers to Rayna that he recognizes of the people in the room – they were training at the CIA Farm with him, but he doesn’t trust them.

Flashback A Year – Ryan and Alex are undercover, they are training at the CIA Farm. The FBI sent them in undercover because there is apparently an Anarchist group that recruits CIA members from the farm. Their first day of training commences with morning Yoga.

After Yoga, Alex tries to get some info on her roommate Dayana, but she blows her off. They head to class and get their first lesson on surveillance. Their trainer Owen announces that they are going to learn how to evade surveillance and become invisible.

Alex is still getting hazed by Lydia – she finds out that she was supposed to open a bank account with the CIA, but Lydia never told her how to. While she is trying to track down Lydia, she runs in to another agent at the farm. He asks her out to drinks and she accepts, after all she is supposed to be feeling out the other agents.

Present time – Miranda and Shelby are bumping heads with Vice President Haas and her Chief of Security Paul Burke. They are trying to ice out the FBI and take military action –Miranda argues that there are over a 1,000 prisoners in there and they are going to get them all killed. Shelby whispers to Miranda that she thinks Alex is inside the terrorist zone. Meanwhile, Alex found a wounded security guard – he is trying to lead her through underground tunnels to an old NYPD bunker, but the tunnels are full of the terrorists too.

Flashback A Year – Alex is out for drinks, she’s getting to know Harry. They flirt at a pub and when they leave, they notice that other members from the training camp are in the street and following them. It looks like they are doing a live surveillance test. Alex and Harry split up to try and evade the other agents. Of course, Dayana is the weak link and she screws up and loses Alex because she’s on the phone arguing with someone, she tells Ryan that it was a work emergency, she’s a lawyer.

Present Time – In the basement, Alex and the wounded officer are making a run for it. They have a 60 second window before the terrorists return. The officer gets Alex in to the bunker and then he slams the door and locks her in. He sacrifices himself to the terrorists so that they don’t know Alex is in the bunker.

Flashback A Year Ago – Alex, Ryan, and the trainees head back to class. They get a lecture and Dayana is now on the chopping block after screwing up the drill. Later that night, Ryan gives Dayana a pep-talk, she thinks that she could make more of a difference in the world by being a lawyer than a CIA agent. Alex steps outside and bumps in to Lydia, Lydia tells Alex that the reason she is hard on her is because she does her best work under pressure, and she admires her work at Quantico.

Alex heads to her safe house to meet her FBI handler – she is shocked to see that it is Shelby. She bursts in to tears. Alex says that at Quantico they were training to do good, but at the farm they are training to learn how to lie and manipulate. Meanwhile, Ryan meets up with his handler, who is Nimah. She tells Ryan that she has new intel from Miranda, and they have to debrief ASAP.