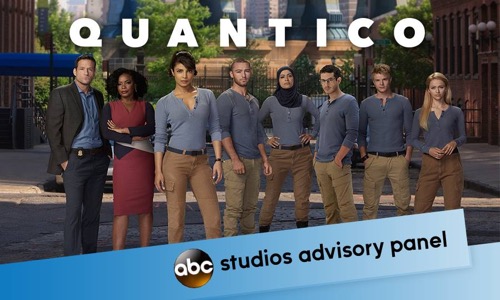 Tonight on ABC Quantico airs with an all new Sunday March 13, season 1 episode 13 called, “Clear” and we have your weekly recap below. On tonight’s episode the trainees learn how to source information from confidential informants and then have their newfound skills tested in the real world.

On the last episode, Alex found herself in the middle of a congressional hearing to testify about the terrorist bombings. Convinced Elias didn’t act alone, she was determined to find answers and the truth. While back at Quantico, a new group of NATS joined Alex and her classmates, causing tension and competition between the groups of trainees. Did you watch the last episode? If you missed it we have a full and detailed recap, right here for you.

On tonight’s episode as per the ABC synopsis, “the trainees learn how to source information from confidential informants and then have their newfound skills tested in the real world. In the future, meanwhile, Alex and another agent face a life-or-death situation that forces them to share classified information.”

Tonight’s season 1 episode 13 looks like it is going to be awesome so make sure that you tune in to our live coverage of Quantico at 10:00 PM EST!

Alex and Natalie had both been given an excellent education at Quantico and it’s that education that they had to put to the test on tonight’s all new episode of “Quantico”.

Apparently someone had gotten drop of Natalie last week despite Natalie being Natalie. And they were able to attach a bomb to her chest before she could put up much of a fight. Yet, the odds have never mattered to the former police officer and regardless of her fragile situation, Natalie had been the one to tell Alex to keep a cool head as they tried to figure everything out. Including a way for her to survive a madperson.

And there was only one way for Natalie to survive. So Natalie decided to help Alex with whatever the bomber was demanding. Which unfortunately meant treason in this case because the bomber wanted them to break in the FBI’s server.

So while, the elusive mastermind had managed to find a way to blackmail the two into carrying out his or her plans, the women had also come up with a plan of their own.

It seemed that they agree that they both should play along for as long as possible, but that they had to go back to the drawing board as well. Which was a must for this one because for the longest time possible, they had thought Elias had been the only mole during their training days yet the person that was threatening the both of them had told Alex that they had seen her on her first day there. And then this person swore they had automatically known that Alex was special from the very start.

So Alex had been right when she thought someone had been watching her for a while before making their move and framing her for the Central Station bombing. Though she hadn’t known it was one of her classmates that had set everything in motion. And why should she seeing as she had originally thought she had cleared her whole class. As well as the class they later merged with during the middle of their training.

But she must have missed someone and Natalie had promised to help with that as well. Only they had to fill in on their end of their bargain with the mastermind first. So they called in a fake bomb threat right in the middle of a working for the bureau. And carried out stealing files even though that’s not the kind of people that either of them had ever wished to be.

And after they crossed boundaries such as stealing Ryan’s key card as well Alex’s new superior’s fingerprints (Hannah Wyland), they realized they couldn’t just hand over the information the bomber wanted. Much less leave this person to continue to threaten them until a safer time. And that’s when Natalie realized how they could catch the bomber without putting national secrets on the line.

Natalie had eventually come up with a worm. A worm that would place a homing beacon on the person they were hunting once they tried to open the file. So that’s the route they chose to take and at first the plan did appear as if it had worked. The bomb that had still been attached to Natalie had been remotely turned off. And the two women were later able to track down the location they had been given.

Yet, their plan had been compromised. The bomber had apparently found the tracker they had added with the file and had set them up. First by allowing them to enter to the building and then by drawing Alex away from Natalie. All so that she could see Natalie die for her mistake.

The warehouse they had gone to had blown up and sadly Natalie had still been inside while Alex had stepped out of the building to answer the bomber’s phone call. So not only had the ladies broken the law, but their mission had withered away with Natalie. And now there’s no one left that believes Alex.

And there’s also no one she could turn to.

Alex had been told by the mastermind that next time she has to follow orders to the letter. And she can’t bring anyone else in!