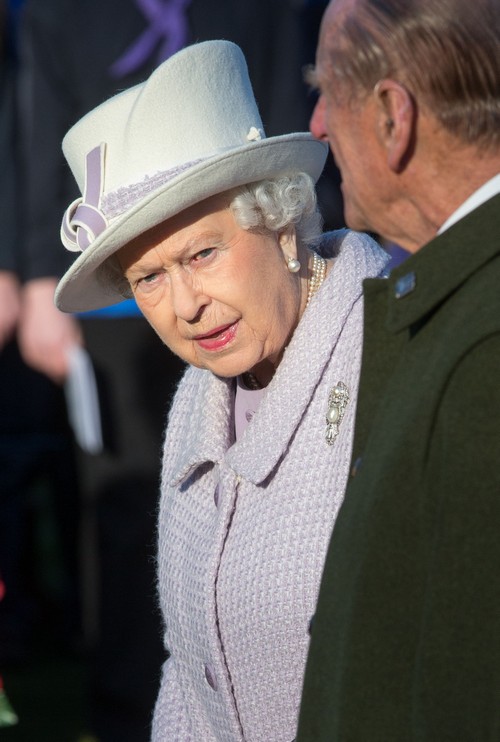 Any curtsey controversy may seem silly to commoners. Joe Little, managing editor of Majesty magazine, explained to People that this is a big deal in aristocratic and Royal circles. “It is rare, but it indicates the first time that the Duchess saw Queen [Elizabeth].”

This all happened on Sunday, January 10 when the Royal Family gathered at Sandringham House for the Gallipoli anniversary services. This means – gasp! – that though both Queen Elizabeth and the Duchess of Cambridge both were at the Royal residence, Princess Kate had not set eyes upon Queen Elizabeth until that moment. No opportunity was provided for a private curtsey that day!

Was this an intentional snub of Princess Kate by Queen Elizabeth? A whirlwind of activity surrounding Duchess Kate’s return from maternity leave, the holidays and Prince George being sent off to nursery school has generated a lot of press for Kate Middleton.

Did Queen Elizabeth intentionally avoid the Duchess of Cambridge at Sandringham House in order to force a public acknowledgement that Duchess Kate isn’t the first lady of the land just yet?

There has been an inordinate amount of buzz regarding Queen Elizabeth’s alleged retirement – has a final decision been made? Will Prince Charles be passed over as heir-to-the-throne? Did Queen Elizabeth announce at Christmas dinner that the Duke and Duchess of Cambridge would indeed be named the next King and Queen?

Or could it be as simple as the Duchess of Cambridge and Queen Elizabeth merely missed each other as the Royal Family prepared for the Gallipoli anniversary services?

Royal watchers pay attention to every move Kate Middleton makes looking for some sign of a slip up or possibility that Princess Kate has fallen out of favor with Queen Elizabeth. Here is yet another moment presented for discussion – a curtsey in public!

The Duke and Duchess of Cambridge attend a poignant ceremony honoring those who died in the Gallipoli campaign on January 10, 2016 in Sandringham, England. William and Kate joined the Queen and Duke of Edinburgh at a wreath laying service held at a war memorial on the monarch’s Sandringham estate. FameFlynet