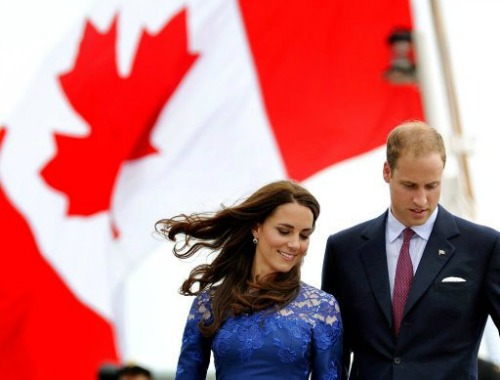 Queen Elizabeth and Kate Middleton’s relationship has always been plagued, mostly because the Queen is none too pleased over seeing her grandson Prince William marry a commoner. If that weren’t enough, Kate Middleton’s family has also proven to be a huge problem for the British royal monarchy as the Duchess’ mother Carole Middleton along with her siblings Pippa Middleton and James Middleton have been tugging at her coattails in the celebrity spotlight.

This is not what the Queen had in mind when Prince William and Kate Middleton got married, especially since she’s worked so hard to get the royal family out of the tabloid headlines and gossip media.

Yet, lazy Prince William and Kate Middleton reports continue to persist as the couple, along with their children Prince George and Princess Charlotte, have taken multiple vacations all summer long. The Duke and Duchess of Cambridge have long been criticized for being the laziest royal couple in history for their work-allergic attitude towards their charities and royal engagements.

And if Kate Middleton’s pregnancy plans happen as expected next year, then it will give the Duke and Duchess more reason to stay home and out of the public spotlight.

If there’s one thing that Prince William doesn’t like, it’s being in front of the cameras. Unlike his brother Prince Harry, Prince William has very little charisma and is often seen as being low-energy during his public engagements. Kate Middleton on the other hand only likes to be seen if she’s around celebrities, otherwise her work is very minimal when it comes to supporting her charities and causes.

Kate Middleton pregnant once again is the only way the couple will be able to get out of the work Queen Elizabeth wants them to do, as clearly they don’t want to be bothered.

Kate Middleton and Prince William might be public figures whose lifestyles depend on the British taxpayer, but at this point they’ll do anything to stay at home, even if it means giving birth to a third child.

Tell us CDL readers, do you think Kate Middleton’s pregnancy plans will infuriate Queen Elizabeth? Are the Duke and Duchess of Cambridge making excuses to get out of their royal assignments? Let us know your thoughts and return to CDL for all the hottest Royal news!