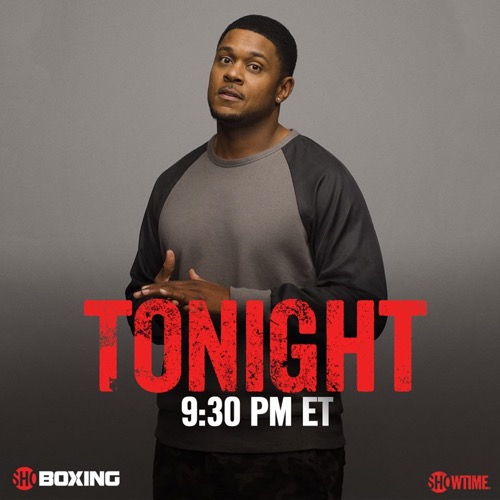 Tonight on Showtime the highly entertaining show Ray Donovan returns with an all new Sunday July 24, season 4 episode 5 called “Get Even Before Leavin” and we have your weekly Ray Donovan recap below. On tonight’s episode, with the Russian mob threatening his family, Ray (Liev Schreiber) goes on a road trip with Mickey (Jon Voight) to Primm in hopes of recovering money stolen from a local casino owner.

On the last episode, Ray visited a Hollywood power player in an attempt to get the Russian mob off his back and unearthed a secret Ezra shared in the past. Did you watch the last episode? We’ve got your detailed Ray Donovan recap right here.

On tonight’s episode as per the Showtime synopsis, “with the Russian mob threatening his family, Ray goes on a road trip with Mickey to Primm in hopes of recovering money stolen from a local casino owner. Meanwhile, Terry gains confidence as a trainer and gets renewed interest in the gym; and Bunchy and Bridget take turns looking after baby Maria when Teresa withdraws to her family’s house to seek refuge from the pressures of being a new mom.”

Tonight’s Ray Donovan season 4 episode 5 is going to be great, and you won’t want to miss it. So be sure to tune in for our live coverage of Ray Donovan — tonight at 9 PM EST! While you wait for our Ray Donovan recap, hit the comments and let us know how excited you are about the new season of the Ray Donovan?

Tonight’s episode of Ray Donovan kicks off at the Primm casino, Ray sits at the bar. The gossipy bar tender explains that the $4 Million horseshoe was stolen, the owner is offering a $250,000 reward for his horseshoe. Ray asks if there are any suspects – they think Mickey is responsible, ironically, someone else beat him to it.

Meanwhile, Mickey is sitting in his car in the parking ramp eating donuts and waiting for Ray. Mickey watches in the mirror as one of Sonia’s guys corner Ray to make sure that he isn’t going anywhere. Apparently, Sonia wants to see Ray in Los Angeles…tonight. Ray hops in Mickey’s car – he’s alarmed to see that his dad peed in a jar while he was sitting in the van. Ray warns Mickey that there is a $250,000 bounty on his head. Mickey scoffs that he isn’t a “F—-g idiot.”

Ray gets a phone call – it’s Abby. She whines that doesn’t need Avi to drive her to the doctor. Ray doesn’t want to hear it – she’s going. Abby says that she has a bad feeling about him working with Mickey and warns him to be careful. While Abby is on the phone, Avi is trying to get Conor to read a book about seagulls. Conor wants Avi to teach him how to shoot a gun, in case someone else breaks into their house.

At the fight club, Terry and Daryll are watching TV with Bunch and the baby. Bunch says that Theresa is gone, she went to her cousin’s house. Bunch confesses that Theresa wants them to move to Bakersfield. Terry thinks that they should move, and get out of town. Meanwhile, Terry is working with the kid that tried to rob Abby and training him.

Bridget shows up at the club and Terry can tell that she is upset. Bridget confesses that she and Greg broke up. They were at the Grove, a girl walked up to them and said “It’s nice to see that you are still f—king children.” Bridget could tell that he had hooked up with younger girls before and he was lying when he denied it, so she dumped him. Bridget sobs and Terry comforts her.

Meanwhile, Ray and Mickey are spending a ton of time in the van together staking out somebody, trying to get the $4 Million horseshoe back. While they are sitting, Mickey keeps trying to convince Ray to move back home to Boston where they belong.

Ray heads to a garage in Primm called Moapa Towing. He tells the guy that his van broke down a mile down the road, and he agrees to give him a tow. Meanwhile, Mickey is in his own little world in the van. He calls the singer that worked at the casino and Primm and tells her that he is coming to get the money. He tells her to go pack her bags so she can move back to Boston with her.

At the gym, Hector shows up looking for Ray. Daryll follows him around like a starstruck child. While Daryll is talking to him – Hector throws up in the other room. Meanwhile, Bunch is getting overwhelmed with the baby. Bridget volunteers to watch her, but Bunch can’t bring himself to leave the baby with her.
Bunch heads out the door and goes to Theresa’s cousin’s house to find her. She is sitting on the couch watching cartoons in a daze. She doesn’t even look at the baby. Theresa mumbles that she doesn’t want to touch the baby and she wants to stab Bunch with scissors. Theresa refuses to come home with them, and says she never wanted him or the baby. Bunch leaves the baby with Theresa and tells her that everything is going to be fine, he’ll be back to pick them both up and take them home in a little bit.

Ed drives the tow truck and Ray back to the van that is not really broken down. Mickey attacks Ed when he sees him and shouts at him or double-crossing him. Mickey shouts at Ed and demands to know where the money is. Ed isn’t talking … so Ray shoots him in the foot.Back at the Donovan house, Conor is still harassing Avi about learning how to shoot a gun. Avi is reluctant, but after one of Belikov’s men delivers flowers for Abby at the front door, he has a change of heart and takes out his gun and begins teaching Conor how to take the safety off.

Back at the Donovan house, Conor is still harassing Avi about learning how to shoot a gun. Avi is reluctant, but after one of Belikov’s men delivers flowers for Abby at the front door, he has a change of heart and takes out his gun and begins teaching Conor how to take the safety off.

Abby heads to the doctor for a second opinion – which sounds a whole lot like the first opinion she got. She has a lump in each breast, and they will turn cancerous any day now. The doctor advises a double mastectomy to avoid cancer, but Abby says “no fu—g way.” She is interested in alternative treatments.

In the van, Ed is bleeding and scared he is going to lose his foot – he finally tells Mickey and Ray that the money is in the trailer with Pinky and that is where it has been all along. Ray takes Ed’s phone and calls Pinky, he tells Pinky to bring the money outside and give it to them or else they are going to call the cops on him for robbing the casino.

Pinky is high as a kite, he drags a duffle bag outside and dumps gasoline on it. Pinky takes out a liar and tells Ray that if he doesn’t leave, he’s going to “kill the money.” Ray gets out of the van to try and negotiate with crazy Pinky. Pinky says that he will put the lighter down if Ray gives him $100,000. While they are talking, Mickey gets out of the van and shoots Pinky and kills him – he goes up in flames and Ray gets the duffle bag away in the nick of time.

Ray is not happy with Mickey for shooting Pinky. They hop in the car with the duffle bag and Ray starts speeding down the road. Mickey says that he is taking his half of the money and going back to Primm to pick up his girlfriend. Ray says that Mickey is out of his mind and there is no way he can go back to Primm now.

While Ray and Mickey are arguing, Abby calls him on his cell. Abby says that the doctor said the same as the last one, she’s emotional, Ray says that he will be home in a few hours and tells her everything will be fine. Ray hangs up and is arguing with Mickey again. A truck speeds past them and a slot machine falls off the back of the truck and Ray crashes in to it. They’re stranded. Mickey sneaks off and calls his girlfriend Sylvie and tells her to come pick them up, he gives up their location. Little does he know, the men from the casino are holding a gun to her head and waiting for Mickey to call.

Mickey and Ray are trying to change the tire on the van. Three cops cars and the owner of the casino show up. The casino owner takes the bag of money, he tells Mickey and Ray that they are going to pretend this never happened, and the police are going to keep looking for the culprits. Then he takes out a camera and snaps a photo of them, and hops in his car and leaves with the money.

Mickey and Ray are driving home in the dark…without any money. Mickey has been calling Sylvie’s phone over and over, he’s convinced that the guys from the casino killed Sylvie. Ray says that they probably just gave her the reward money, and there is no way a woman died for Mickey.

Back at the fight club, Hector is in the ring with Daryll while everyone is gathered around and watching. Terry even has the new kid that he is training there.

In the van, Mickey and Ray talk about Ray’s mom. He swears that he loved her, no matter what Ray thinks. Mickey is upset that Abby is sick, he realizes that Ray needed that money from the horseshoe to get Belikov off his back. He tells Ray to drop him off, Mickey is going to take care of it, Ray warns him that he is going to get himself killed.

Bridget sneaks in to the house late at night. She heads upstairs and finds Abby lying in her room. Bridget crawls in bed with her. Meanwhile in the other room, unbeknownst to them, Conor has stolen his dad’s safe and is trying to break in to it so that he can get the gun out of it.

Bunch is cleaning up the gym and closing it down for the night He hears a noise outside and finds the baby sitting in her car seat on the front step – Theresa brought her back and left her. Apparently, she doesn’t want to be a mother.