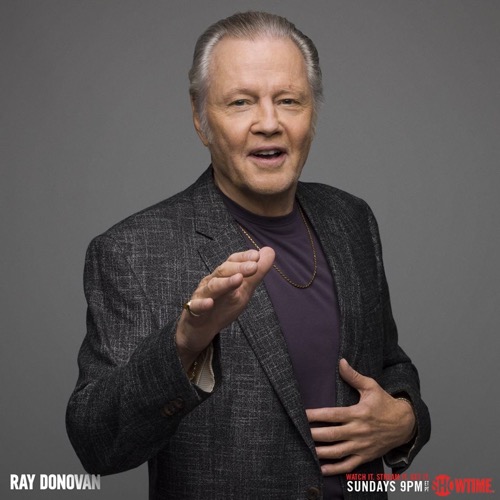 Tonight on Showtime the highly entertaining show Ray Donovan returns with an all new Sunday, July 31, season 4 episode 6 called “Fish and Bird” and we have your weekly Ray Donovan recap below. On tonight’s episode, Ray (Liev Schreiber) waits to see if Belikov will be released from prison and struggles with the prospect of putting a pimp back out on the street.

On the last episode with the Russian mob threatening his family, Ray went on a road trip with Mickey to Primm in hopes of recovering money stolen from a local casino owner. Did you watch the last episode? We’ve got your detailed Ray Donovan recap right here.

On tonight’s episode as per the Showtime synopsis, “Ray waits to see if Belikov will be released from prison and struggles with the prospect of putting a pimp back out on the street. Later, Art dealer Sonia Kovitsky invites Ray to a breast cancer benefit where he encounters some former clients and becomes more entrenched in her operation. Meanwhile, Teresa spirals into a postpartum depression; and Mickey tries to persuade the DA that he was the sole architect behind the Minassian massacre.”

Tonight’s episode of Ray Donovan kicks off where we left off last week. Mickey Donovan just turned himself in to the police, he’s being fingerprinted and searched before he is assigned a cell. Meanwhile, Ray takes the van that they used in the botched heist and heads to a gas station and hoses the blood out of the back of it before he returns it.

Ray heads home and finds Abby sleeping on the couch, waiting for him. She asks how his trip to Nevada with Mickey was. He responds it was a “F—king disaster.” But, there is some light at the end of the tunnel, Ray says that Mickey turned himself in for killing the Armenians.

Abby tells Ray that she isn’t getting the breast cancer surgery. She refuses, but there is an experimental treatment that they are going to try. Ray isn’t too happy about it, he says it’s crazy and she needs to get the operation. Abby takes off her clothes and seduces Ray in the living room.

In the morning, their ticking time bomb son Conor gets up bright and early to lift weights, watching corny music videos, and putting baby oil on his non-existent muscles while he plays with a gun that he stole from his Dad’ safe. Bunch shows up at the door and Ray lets him in – he says that he wants to stay there for a few days because he needs help with the baby, since Theresa abandoned them.

Ray heads outside and one of Belikov’s henchman are sitting outside his house, he roughs him up a bit and pulls his gun on him, he tells him that Mickey turned himself in and Belikov will be released soon, so they need to stay away from his family.

Ray heads to Sonia’s office, she hands him an absurd bill for “protecting him” and convincing Belikov’s men not to kill Ray after he framed him. Ray says he has no money left to give her. Sonia scoffs that he can work it off for her instead and sends him to the port to pick up an art piece. Chances are, it will be easier said than done because it doesn’t look like Sonia deals with any legal art.

Ray arrives at the port, Belikov’s man from earlier happens to be there. There’s a grungy looking teen girl named Lilya that doesn’t speak English there, apparently she is a “gift for Belikov” when he gets out of prison. Ray obviously feels for the girl and the way she is being tossed around between the guys. Ray pics up the painting and takes it back to Sonia’s gallery. She tells Ray that she needs him to accompany her to the event later tonight to protect the painting, it is worth $2 Million.

Mickey meets with the DA, and he is having a tough time believing that Mickey killed all fo the Armenians by himself. He has a diagram set up in the interrogation room ,he shows Mickey where all of the men were killed and demands to know how he shot all of them from so many different angles.

While Sonia and Ray are on the way to the art event, Sonia gets a phone call, Belikov is being released tomorrow. Ray asked Sonia if she is going to start trafficking girls again once Belikov released from prison. He scoffs that she is nothing more than a pimp and a drug dealer, and the art gallery is just a front.

When they arrive at the art gallery, Ashley corners Ray, she is freaking out. Apparently, a bunch of celebrities sex tapes were leaked online, she’s upset because no one leaked any of her’s. She’s going to make a sex tape and wants Ray to leak it for her, apparently ever since she married Stu, she’s isn’t famous any more. Meanwhile, her husband Stu is busy bidding on Sonia’s painting, he buys it for $2.7 Million.

Ray meets a doctor named Whitlin at Sonia’s table at the event. He realizes that Sonia has cancer just like his wife and Whitlin is her oncologist. On the way home, Ray presses Sonia about her cancer, it turns out that her prognosis is grim. She doesn’t want to talk about it, she tells Ray that he has more work to do tomorrow, she needs him to deliver a forgery to Stu.

The next day Ray picks up the forgery, Lilya is there again, she has been watching Two And A Half Men. While Ray waits for the painting, he chats with Lilya and plays Cat’s Cradle with her. On the way out, he bumps in to Belikov who was just released from prison, he tells Ray that he is lucky that his whole family isn’t dead.

At home, Abby and Bunch are getting ready for the baby’s Baptism. Bunch finds Abby throwing up in the bathroom, and sees a pile of pills on the counter. He sits her down and begs her to tell him what is going on with her and if she is sick. Abby insists that she is fine and doesn’t tell Bunch about the cancer.

At the gym, Terry finds a paper bag crumpled up in the office, it has someone’s clothes and a toothbrush in it. He realizes that they belong to the kid that he has been training, and he’s homeless. He gives him a suit and tells him to get dressed – he is taking him to the Baptism with him.

Ray heads to Stu’s house and delivers the painting. He meets Prince Johnson, the guy that Ashley made a fake sex tape with. Stu gives Ray a copy of the sex tape and tells him to leak it. Ray is disgusted, he snaps at Stu that Ashley is his wife and he isn’t doing it.

Ray heads back to Sonia’s office. Before he leaves, Sonia wants to show him something. She takes him in a room that has images of the sky being shown on a reel across the walls and ceiling. Sonia stands in front of the stars and takes off her shirt – one of her breasts has been removed. Ray reaches out and touches her breasts and then she plants a kiss on him.

Afterwards, Ray heads to Maria’s Baptism as if nothing happened. Bunch and Abby can tell that Ray is a little “off.” When they get home, Ray pours himself a drink and heads upstairs. He tells Abby that the reason that he is upset is because Mickey was formally charged for the Armenians. Abby tells him that Mickey had it coming and tells him to come back downstairs and enjoy Maria’s party. Meanwhile, Conor is in his room with Terry’s runaway and showing him the gun that he stole.

Ray heads downstairs and is obviously drunk. He bickers with Daryll and then tries to give Maria some rosary beads that he had when he was an altar boy. Bunch says that O’Connor gave him the same beads, and he threw them in the river. He doesn’t want that necklace anywhere near the baby. Ray stumbles outside with his drink and sits alone, Bunch shouts at him and wants to know what his problem is as he walks away.

Ray’s phone rings – it’s a call from Mickey in prison – Mickey makes small talk and wants to know about the Baptism and Bridget and Conor. Mickey is optimistic, he thinks that they might get the death sentence thrown out. So, he’ll be released when he is 310 years old. Mickey giggles, but Ray is upset and begins crying. They get emotional, Ray thanks him for turning himself in, and Mickey hangs up the phone.

Ray heads back inside, but Bridget is singing a song and playing the guitar. Sonia sends Ray a message and says that Belikov is expecting him. Ray drives to Belikov’s house, wasted, and lets himself in. There are girls passed out all over in the living room. Ray gives Belikov a bag of money from Sonia, so that Belikov will leave him alone.

Belikov tells Ray to keep the money. If he wants to be off the hook, then he needs to do him a favor. Apparently, they had a party and some how Lilya wound up dead, her neck is broken. Belikov wants Ray to help him dispose of her body and then they will be even.

Back at the Donovan house, Conor and his new friend are outside drunk and shooting the gun in the middle of Calabasas. Inside, Bunch is drunk, he has figured out that Abby has cancer. He sobs to Abby that she can’t die, he and the baby needs her. Abby promises him that she isn’t going anywhere and sends Bunch to bed.

Ray and Belikov arrive at the port. He tells Ray to put Lilya’s body in a case so they can mail it back to Moscow to be “taken care of.” Ray is still drunk. Belikov tells him that they can be friends. Ray head-butts Belikov and pulls his gun on him. He shoots him in the head and kills him and then Ray tosses his body in the box that was meant for Lilya.

Ray heads home, and is covered in Belikov’s blood. Sonia calls him and he tells her that his meeting with Belikov went fine. Ray pulls over to get rid of Lilya’s body, he leaves her lying in front of the mortuary to ensure she gets a proper burial, and he puts his rosary beads on top of her.