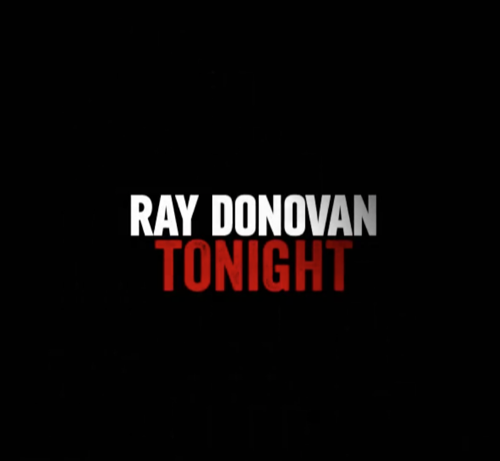 On the last episode, Ray waited to see if Belikov would be released from prison and struggled with the prospect of putting a pimp back out on the street. Did you watch the last episode? We’ve got your detailed Ray Donovan recap right here.

On tonight’s episode as per the Showtime synopsis, “Avi and Lena question Ray’s loyalty to Sonia; Mickey returns to Primm.”

Tonight’s episode of Ray Donovan kicks off in Moscow. Belikov’s men receive a wooden case, shipped by Ray, with Belikov’s dead body in it … and they don’t seem too happy about it. Sonia receives a text message from the Russians, a picture of Belikov’s dead body. She calls Vlad and tells him that they have a problem.

Ray is driving down the road and Frank Barnes pulls him over. Frank tells Ray that a guard was found dead at the port and word on the streets is that Belikov is dead, and he knows it will be only a matter of time before Ray comes crawling to him because he is always right in the middle of everything. Ray doesn’t want to talk, he rolls up his window and drives away. He calls Lena and tells her to find out who was murdered at the port.

Meanwhile, Mickey is shopping for a gun and some ammunition. He and Bunchy are still on the road. Theresa is sitting in the back of the car like a zombie. They’re heading to Primm to get Mickey’s girlfriend Sylvia, even though Wild Bill warned him to never return.

Sonia has Vlad get his hands on the security footage from the port. They see Ray carrying the dead girl in to the port with Belikov. Then, Ray leaves with the dead girl, and Belikov is nowhere in sight. It’s pretty clear what happened and that Ray is responsible. Sonia tells Vlad she will take care of it and orders him to go back to work.

Daryll drops off a check to Marisol from Hector. Marisol scoffs that she isn’t Hector’s whore. Daryll tries to nicely explain that Hector just wants her to go away. She stomps upstairs and begins packing a bag full of photos of her and Hector. She takes the bag to the gym and drops it off on the stairs with the check inside and lights it on fire. Daryll and Terry rush with the fire extinguisher to put out the fire. The police and fire company arrive, and the blond cop that has been flirting with Terry is on duty. He finally gets up enough nerve to ask her on a date.

On the road, Bunch calls Abby to check in on Maria. He promises to be home tomorrow and apologizes for leaving the baby with her so long. After she hangs up, there’s a knock on the door, it’s Sonia and her daughter Katya. Sonia tells Abby that her husband killed an important man and they are all in danger. Abby reluctantly lets her in and calls Ray and tells him to get home ASAP.

Sylvia doesn’t seem to be doing too horribly since Mickey was run out of Primm, she’s been living and sleeping with Wild Bill. Mickey arrives and texts Sylvia and tells her that they are outside. Bunchy is not happy when he realises that his father dragged him in to another shady robbery. They leave Theresa in the car and head inside.

Sylvia shows Bunch and Mickey where the safe is, and then heads back to bed with Will to make sure that he doesn’t get up. Mickey gets to work on the safe and Bunch checks out Wild Bill’s creepy taxidermy collection.

Ray finally gets home and walks in on Abby and Sonia having an awkward conversation about Ray sleeping with her. Sonia explains to Ray that her Uncle will be in town in the morning, and she and her daughter need to disappear before he arrives. Once the Russians realized that Ray killed Belikov after Sonia supported him, she and her daughter are as good as dead. She begs Ray to help her disappear since he caused this mess.

At Wild Bill’s house, Mickey can’t get in to the safe, so he decides to go with Plan B. He pulls a gun on Wild Bill and forces him to open the safe while Bunch holds his elderly mom hostage outside by the pool. The robbery goes sour very quickly. Bill’s security guard arrives and pulls his gun on Mickey, then he shoots and kills Sylvia. Theresa runs inside from the van, and hits the security guard over the head with a guitar, saving Mickey’s life. Bill finally realizes that Mickey means business – he tells him the combination to the safe.

Ray calls Lena and Avi over for help. Avi thinks that they should just kill Sonia and Vlad and get rid of the entire problem. Vlad is sitting outside the house, and he is not happy. Lena gets to work trying to get Sonia a Passport. In the meantime, they devise a plan to get rid of Vlad. Lena puts on Sonia’s clothes and leaves, Vlad falls for it and thinks that she is Sonia and follows her.

At Wild Bill’s house, Mickey is devastated by Sylvia’s death. He cries over her dead body as Bunch and Theresa clean the cash out of the safe and head to the van. Once they are gone, Mickey pulls out his gun and contemplates killing Wild Bill while he begs for his life.

While Avi is taking care of Sonia’s lawyer Weller, Ray takes Sonia and her daughter to a private plane to get out of the country with the passport Lena got for them. Before Sonia leaves, she warns Ray that her Uncle Dmitri is going to be out for blood and he should leave town with his family too for a bit.

Tonight’s episode ends with Ray sitting in his car – he gets a phone call from Avi, who is tied to a chair and covered in blood. Sonia’s lawyer Weller and her Uncle Dmitri got the jump on Avi and have taken him hostage. Dmitri tells Ray that he wants Sonia back NOW, or else he will kill Avi…