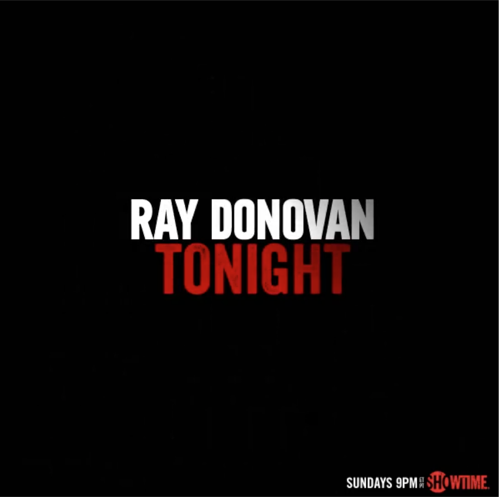 Tonight on Showtime the highly entertaining show Ray Donovan returns with an all new Sunday, August 28, season 4 episode 10 called “Lake Hollywood” and we have your weekly Ray Donovan recap below. On tonight’s episode, facing a crisis involving one of their own, Ray (Liev Schreiber) and the team figure a way to use Kovitzsky-gallery art as leverage.

On the last episode, Avi and Lena questioned Ray’s loyalty to Sonia; Mickey returned to Primm. Did you watch the last episode? We’ve got your detailed Ray Donovan recap right here.

On tonight’s episode as per the Showtime synopsis, “facing a crisis involving one of their own, Ray and the team figure a way to use Kovitzsky-gallery art as leverage. Meanwhile, a distraught Hector calls for Ray’s help after his wife decides to move away with their daughter in an effort to get away from the incest scandal.”

Tonight’s episode of Ray Donovan kicks off with Ray, Lena, and Daryll outside of the gallery. They have a plan in place to get Avi back. Ray heads inside and grabs Sonia’s lawyer – in the mean time, Daryll and Lena still a truck full of all of the art, millions of dollars worth. Ray tells the lawyer that he just wants Avi back, and if they lay a finger on him, he will burn all of the art. Lena and Daryll stash the truck full of art in a warehouse outside of town.

Early in the morning, Ray, Daryll, and Lena head back to the house. Abby is sitting on the stairs with a gun – she’s been waiting up all night. Ray reassures her that they got the art smoothly and heads upstairs. While he is leaving Abby mumbles that Ray should have killed Sonia. Ray heads in to Bridget’s room, he tells her to stay close to Abby and Connor today.

Terry wakes up in bed, and he’s not alone, he hooked up with the cop that has been flirting with him – Maureen. She gets up to get ready for work. Before she leaves, Terry wants to be honest with her, he tells her that he did time for armed robbery, and he was in prison for a year and a half. Then, when he got out he got shot. Terry heads in to work at the gym – he calls Maureen when he arrives and invites her to be his date to a banquet coming up.

Hector is in the other room on the phone with Marisol and arguing with her. Terry tells him to hang up and says that it is time to get to work. He has another fight coming up in four weeks. Terry lays down the law and says rule number one – no more calls from his sister. Ray arrives at the gym and tells Terry that he needs to shut it down – there’s trouble. Terry refuses, he says the championship is coming up and he can’t “lay low.”

At the Donovan house, Abby is dealing with a fussy Maria. Someone from her doctor’s office calls and wants her to come in for something. Bridget overhears as Abby says she won’t be coming to her appointment. Abby notices a car parked outside of the house and calls Ray and warns him. At the gym, Ray heads

At the gym, Ray heads in to Bunchy’s room. He’s surprised to see Theresa sleeping in the bed with him, and a pillow case full of cash next to them. Bunchy wakes up and tells Ray about Primm, Mickey’s dead girlfriend, and the bloodbath that ensued. Ray is not happy – he tells Bunch that his daughter is at his house, and he needs him to get his clothes on and get over there and help him out. Ray leaves and bumps into Mickey, he scolds him for killing Bill Primm, and Mickey says he has a million dollars put aside for him. Ray snarks at him to give his cut of the money to Bunch, he’s going to need it for his lawyers. After Ray leaves, Mickey tries to talk to Bunch, but he gives him the cold shoulder too.

Hector’s wife Jessica shows up at the gym, and she is not a happy camper. She and Hector head in to the office and get in a screaming match over Marisol, apparently Marisol showed up at their house and is harassing Jessica. Jessica storms out and takes Hector’s daughter with her. He begs her to let him see his daughter, but she isn’t trying to hear him. Hector confesses to Terry that his wife is taking their daughter to Canada and she isn’t coming back. Hector storms out of the gym and says he will be back in an hour.

As expected, Ray gets a phone call – Dimitri wants to have a meeting with him. Ray arrives at the house where the Russians are hiding out, Ray demands to know where Avi is, but Dimitri is playing coy. He tells Ray that he wants to meet Butch Kramer, and then they can talk about Avi, he tells Ray to bring Kramer to a party at the house later.

Hector goes to see Marisol – he tells her that her wife just left him, and she took their daughter Stella with her. Marisol tries to kiss him, Hector pushes her off and says that she smells like jail. She heads upstairs to run a bath.

Mickey tags along to Ray’s house with Bunch and Theresa, even though no one seems to want him around. Mickey has a talk with Abby. He blames himself for all of the family’s problems. Abby reminds Mickey that not everything is his fault – he didn’t give her cancer or make Theresa leave her baby. Abby still loves Mickey though, because she still loves Ray. She recollects about the first time she and Ray had sex, and the song they listened to while they were lying in bed afterwards.

At the gym, everyone is sitting around and waiting for Hector to return. It’s obvious that Hector isn’t coming back, way more than an hour has passed. Terry demands one of Hector’s guys give him Marisol’s address so that he can go get Hector.

Meanwhile, at Marisol’s house, she is currently in the process of seducing her brother Hector in her bathroom. Between the two of them, they have some serious issues. While Marisol is washing Hector’s feet, he grabs her and holds her head under the water and drowns her in her own bath tub. Afterwards, Hector sits down in the bath with Marisol’s dead body, in complete shock.

At the Donovan house, Bunchy is making everyone sandwiches, and Theresa is having a ful blown meltdown. She wants Bunch to run away with her and Maria – she knows that if they stick around Ray and his family, they are all going to wind up dead. Bunch promises her that as soon as Ray gets back and everything is over, he will leave with her.

Ray shows up at Marisol’s house, Terry shows her the dead body in the tub and says Marisol leaves. Ray sends him back to the gym. After Terry is gone, Hector confesses that he killed Marisol, he begs Ray to help him make this go away and promises to “give him anything he wants” – Ray isn’t interested in getting involved, he walks out and leaves Hector to clean up the mess himself.

Later that night is Dimitri’s party, sure enough, Ray brings along Butch Kramer. Dimitri brings Butch outside, he wants him to fight one of his men named Yuri. Apparently, in one of Butchs movie, he made a mockery of the Russians, and Dimitri wants payback. After yuri roughs up the actor, and gets some good punches in, Dimitri agrees to talk to Ray about Avi. They head upstairs, Sonia’s lawyer is bloody and half dead. Dimitri casually shoots him in the head and kills him. Dimitri gives Ray a burner phone and tells him to call with the location of the art.

Ray apparently has a change of heart, he heads back to Marisol’s house. He takes a photo of Hector sitting with Marisol’s dead body and then he tells him to go home and show up tomorrow at the gym like nothing happened.

Ray loads up Marisol’s body and hits the road to “take care of it” – Abby calls him while he is driving and he reassures her that everything is going to be fine. He parks Marisol’s car on the bridge, dumps some cocaine all over the dashboard, sends a text from her phone to Hector’s phone, and then dumps her body in the river and makes it look like a suicide.