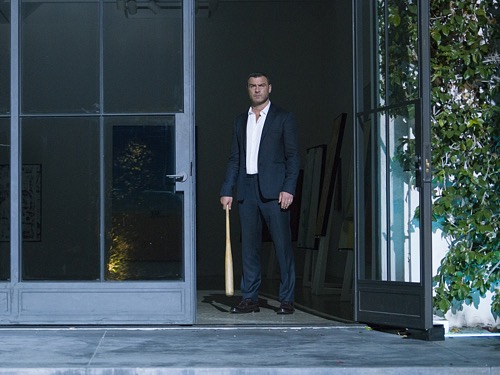 Tonight on Showtime Emmy Award-winning drama Ray Donovan airs with an all-new Sunday, September 11, 2016, episode and we have your Ray Donovan recap down below.  On tonight’s episode called, “Chinese Algebra,” Barnes offers Ray (Liev Schreiber) a chance to turn informant against Dmitri (Raymond J. Barry) in exchange for protection.

Did you want the last episode of Ray Donovan where Hector killed and Ray was still fighting with the Russians?  If you missed it we have a full and detailed Ray Donovan recap, right here for you!

On tonight’s episode of Ray Donovan as per the Showtime synopsis, “As Ray (Liev Schreiber) devises an attempt to save Avi (Steven Bauer) and settle his debts, FBI agent Frank Barnes (Michael McGrady) detains him before the plan can be executed, forcing Ray to send Mickey to Vegas to place a high-stakes bet on the match between Hector (Ismael Cruz Cordova)  and Whittaker. (Victor Ortiz)“

Tonight’s Ray Donovan season 4 is going to be exciting I cannot wait to see if Ray can save Avi.  So be sure to bookmark this spot and come back from 9PM – 10PM ET for our Ray Donovan recap.  While you wait for our recap make sure to head over and check out all our Ray Donovan news, recap, spoilers & more!

Tonight’s episode of Ray Donovan kicks off with the police on the bridge where Ray threw Marisol’s body in to the river, apparently she washed up on the bank. The coroner is on hand, and is taking photos of her on the river bank.

Mickey wakes up on the Donovan couch and Ray is sitting there staring at him. He tells Mickey that he needs the money from the Primm robbery. Mickey whines that he was going to use the money to buy them a house in Boston. Ray explains that the Russians have Avi – and he is still alive. Mickey says that he can get him the money in an hour and a half.

Ray heads in to the other room and tells Abby that he is getting ready to leave with Mickey. She is a hot mess, she says that her doctor called and she is waiting for her to call back with her test results. Abby cries that she made a mistake, she knows she should have just got the surgery, she thinks the cancer is spreading, she can feel a burning sensation in her breast.

Meanwhile, at the gym, Daryll is not a happy camper. He just found out that Hector has demoted him, and he is supposed to clean his spit buckets at the next fight. Daryl storms out of the gym and tells Terry to tell Hector he can keep his “bullshit job.”

Bunch and Theresa head downstairs, they tell Abby that they are heading up north – they want to get out of town because it is not safe for Maria. Abby shocks them and tells them that she wants them to take her kids, Conor and Bridget with them.

Ray heads to the gym and finds Hector in the locker room. Ray warns Hector that the police found Marisol’s body and it is only a matter of time before they come looking for him. Ray and Terry are going to lie and say Hector was at the gym training. Hector thanks him for everything, then Ray informs him that it is going to cost him the Whittaker fight. He tells Hector that he has to throw the fight, or he will tell the police what really happened to Marisol.

Afterwards, Ray meets with Dimitri, he tells him that Hector is going to throw the fight – and he has $2 Million on it. Dimitri says that once he gets the money and his art, he will return Avi. Ray calls Lena to check in on her, she is still sitting in the warehouse and guarding the art. She tells Ray that she has a bad feeling about Avi, she had a dream about him last night and it wasn’t good.

Ray is picking up Mickey with the money so that they can go to Vegas and put the money on the fight. As he is about to pick up Mickey, he is pulled over by the police. Mickey is going to have to fly to Vegas by himself and give the money to Fat Ernie…hopefully he doesn’t screw it up. Mickey gets on the place by himself, but he is acting a little off, he swears he sees his dead girlfriend – but it is another woman. He makes friends with a girl on the plane – she reveals that she is a stripper and she and her friends are going to Vegas for the weekend to get money.

Meanwhile, Ray is picked up by Frank and taken to the police station. Frank knows all about him killing Belikov, he tries to convince Ray to become a criminal informant – Frank promises that he will put his family in witness protection. Frank warns Ray that if he doesn’t work with the police, he is just a dead man walking because the Russians don’t play games.

Mickey takes a cab to Fat Ernie’s office, and he brought along his new stripper girlfriend named Sugar. When they arrive, they learn that Fat Ernie is dead – apparently, he died on the toilet. Now, Mickey is screwed because he doesn’t have a bookie to put the money on the fight. Sugar says she knows someone in Vegas that can help them.

Sugar takes Mickey to a mansion and introduces him to a rich Instagram star named Jack Raleigh. Jack is not impressed with Mickey’s request – he tries to kick him out. Mickey challenges Jack to a game of Ping-Pong. If Mickey wins, Jack will take his bet, if Mikey loses…he has to give Jack the $2 Million. It turns out, Mickey was the Ping Pong champ in prison, and he wins the game. Jack puts the bets in for Mickey.

Meanwhile, Ray leaves the police station and heads to the gym and corners Connor. He tells his son that he has to go out of town with Bunchie, Theresa, and Bridget. It’s time for Connor to step up and look after his sister. Connor reluctantly agrees and heads outside to the car – the Donovan Family say their goodbyes, and Ray’s kids are headed up north with Bunch and Theresa.

Mickey heads back to town and gives Ray all fo the gambling receipts – it looks like Mickey came through. He warns his son that a fixed fight is not a sure thing. Mickey thinks that Ray should not pay the Russians, he wants Ray to go informant. Ray refuses – he’s not a rat.

Back at the gym, Daryl corners Terry in the locker room – he’s shaving. Daryl is still upset about getting the spit bucket cleaner job. While they are talking, Terry seems to have some sort of episode, he falls down and starts hyperventilating. He won’t let Daryl call an ambulance, though. It looks like his disease is getting worse.

Ray meets up with the Russians, he gives Dimitri the slips from the bets he placed on Hector’s fight and guarantees him that Hector will throw the fight. After Ray hands over the art, Dimitri shockingly hands over Avi and Avi is still alive. Ray is trying to take Avi to the hospital and he gets pulled over by the police again. Frank arrests Ray and takes him to the police station – and Sonia is there…apparently, she ratted out Ray for Belikov’s murder and the forged art. Abby was right, Ray probably should have killed Sonia when he had the chance because now she is going to send him away for a very long time.