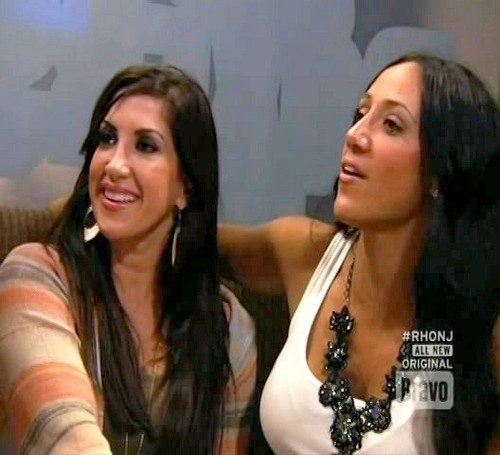 A devastating fight on The Real Housewives of New Jersey has cost Jacqueline Laurita and Melissa Gorga their friendship. The battle between the “RHONJ” season 7 cast members has brought on more disaster than good. Apparently, Jacqueline Laurita did not only lose a friend in Robyn Levi and Christina Flores but also Melissa Gorga!

The Real Mr. Housewife got an exclusive scoop on the deets surrounding the relationship status of “RHONJ” season 7 cast Jacqueline Laurita and Melissa Gorga. Several sources close to production have revealed that the fight was so devastating that it destroyed their friendship.

“The fight between Jacqueline, Melissa, and Teresa left both Jacqueline and Melissa very hurt,” one insider said. “They have always had a friendship, and this was definitely unexpected from both sides.”

“For all intents and purposes the friendship they had is over,” another source revealed. “Both of them are angry and want nothing to do with the other.”

So what started this whole mess? It was previously reported that “RHONJ” season 7 star Robyn Levi attacked Jacqueline Laurita which led to the whole cast fighting each other. It was revealed that Levi was the one who started it all.

“Robyn Levy tried to make a scene for herself to try to be a full time Housewife,” the source said. “In order to do this, she attempted to pick a huge fight with Jacqueline Laurita over Rosie Pierri.”

The insider added that, when Robyn tried to pick a fight with her, “Jacqueline laughed her off in her face as she was extremely perceptive that Robyn was desperate for air time. This only enraged Robyn more.”

Moreover, Levi upped the ante and threatened to do physical harm to Jacqueline. This led to Bravo booting her and her wife, Christina Flores, off from the “RHONJ” season 7 cast trip.

The Real Mr. Housewife was also able to cover Jacqueline Laurita’s fight with Teresa Giudice and Melissa Gorga. It was said that there were nasty remarks thrown about. Will there be no room for reconciliation between the two parties?

“Jacqueline was extremely angry when she confronted Teresa and Melissa,” an insider close to production said. “With the comments she made, she definitely hit below the belt. There are definitely hurt feelings on both sides and this shocked all of the parties involved.”