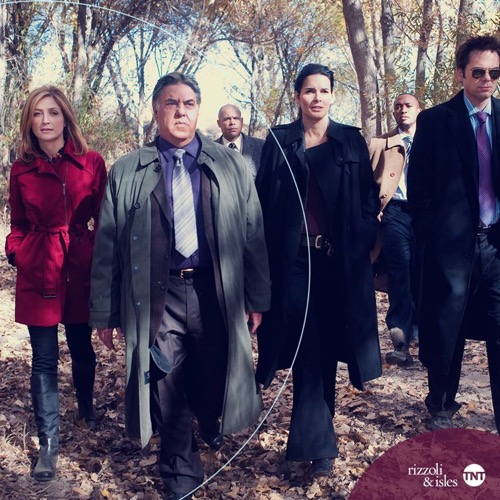 Tonight on TNT RIZZOLI & ISLES returns with an all-new Monday, June 20 season 7 episode 4 called, “Post Mortem,” and we have your weekly Rizzoli & Isles recap. On tonight’s episode, a mailman is murdered, so the team joins investigative forces with a brash postal inspector who suspects the killing is part of a conspiracy.

On the last episode, a murder at a zombie convention was investigated. Also, Angela revealed she never graduated from high school, then decided to pursue her GED. Did you watch the last episode? If you missed it, we have a full and detailed Rizzoli & Isles recap right here for you.

On tonight’s episode per the TNT Synopsis, “a mailman is murdered, so the team joins investigative forces with a brash postal inspector who suspects the killing is part of a conspiracy. Also, Maura struggles with her injury, and Angela steps in when Korsak gets an awful birthday present for Kiki.”

Jane and Korsak were following up on a suspected suicide when they strangely came across a postal work at the victim’s home on tonight’s episode of “Rizzoli & Isles”.

The victim had been Jack McCarty. Jack had worked at the Roxby post office and recently a janitor had accused him of stealing packages, but then the two got into this fight about it and the janitor then quit because he was allegedly afraid for his life. Or at least that’s what he told his boss when he put in his papers. But oddly, the rest of the story gets murky after that. The janitor had allegedly been murdered not long after that big bust up and Jack in fear for his own life had then called the postal work that Jane found rummaging through his things for help.

CJ who was the postal worker that had said that Jack called her also mentioned that Jack did so in a panic because he was afraid that he would be blamed for the janitor’s death and that he didn’t want to get hurt. So she told the police that Jack had wanted to set up a meeting with her and tell her everything. Which she thought might had something to do with the mysterious packages that went missing and why someone would to hurt both Jack and the janitor. However, CJ’s own reputation worked her against her when the detectives later checked out her story.

The detectives had looked up the janitor and official records clearly stated that the janitor suffered a slip and fall in New York. So there wasn’t an actually an investigation into the janitor’s death much less Jack’s involvement. Yet, CJ had sworn that Jack was afraid of something and her theory eventually appeared to be the only motive they could possible find when Maura ruled that Jack was in fact murdered. Someone had restrained him while he was shot so the whole scene of the crime that made it look as if Jack had killed himself had been faked.

Someone had wanted the police to believe that Jack finally gave up after a year of stress. Though the fact that Jack was getting a divorce and basically drowning in debt meant that he could have been susceptible to someone offering him money on the side to smuggle certain things through. So once Jane and Korsak realized that they had to put up with CJ, they went back to her for help in order to find out how much she knew about the mysterious packages. And CJ wanted to help, but there was only so much she could seeing as the Postal Office fired her for both her temper as well as her insubordination.

CJ though was able to convince the detectives to look at the janitor’s death again so Maura was able to connect both murderers once she saw that they both had been killed the same way. Someone had snapped their neck from behind and in one case covered it up in a fall while in another they tried to cover it up with a gunshot would. So CJ had been right when she said both men had been murdered because of the packages however they still didn’t know what was in the package or why the contents would result in the death of two people. Although the barcode that one of the victims had on them was a great help.

CJ who found herself with a job even if she was suspended had been able to use her skills to tracking down the package that was mentioned and she found out that it had been mailed from a fake address and then sent to another fake address as well. So that’s when CJ explained what happened to unreturnable and undeliverable mail. She said that it gets put into a dead letter bin until it gets sorted for transportation to the Atlanta department. And it turns out that Jack had been in charge of the sorting.

So that meant Jack had been in charge of what happens to the mail that no one was looking for. But to verify what Jack had been doing and see if there were any more packages at the postal office, someone had to be sent in undercover. Only Jane, CJ, and Frankie had all been seen at the postal office so that left Nina and Korsak. The same Korsak who was also known as the Silver Fox. Korsak had been nicknamed by CJ because he had reminded her of mentor which was man she respected though the nickname tended to be off-putting to Korsak.

It had made him feel old and it didn’t help that CJ was also calling him an elder. So Korsak may have had something to prove when he went in undercover as a new yet he and Nina did a pretty good job. They found out that Jack’s boss had been in the on the mysterious packages so they were able to find out what those packages were. The packages had been drugs. Each carried thirty thousand dollars’ worth of OxyContin and both the police and CJ wanted to know who was behind the drug ring.

The “ring” began after someone got injured and was left accidentally hooked on the drug. So his drug dealer had then saw an opportunity and had used the addiction to force a postal worker into doing her bidding. However, things got out of control after Jack’s boss brought him in and it got even worse when the janitor figured out that something was wrong. And so it was this drug dealer that was running everything while the men helping her were merely her victims.

But the sting to take down the drug dealer never would have worked if it hadn’t been for CJ. The detectives had ended up in a gun fight with the dealer and so she would have been able to escape if CJ hadn’t snuck up on her and punched her in the face. CJ had apparently dreamed of one day punching someone so technically her dream came although she did say that punching someone hurt a lot more than she thought.

And because of the job she did, CJ also got a call to the New York office in order to investigate an oxy ring there.

So it was a good day for everyone though Maura was still struggling to remember certain details on the job.