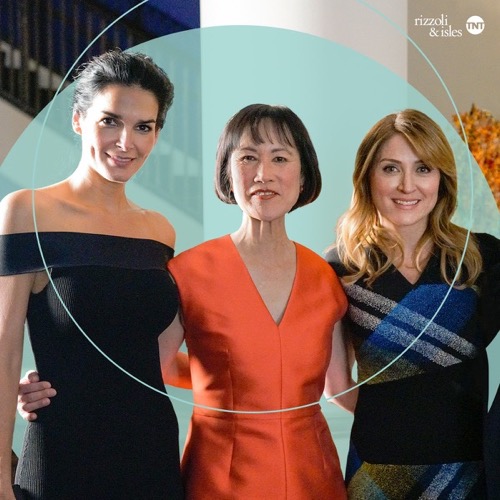 Tonight on TNT RIZZOLI & ISLES returns with an all-new Monday, July 11 season 7 episode 6 called, “There Be Ghosts,” and we have your weekly Rizzoli & Isles recap below. On tonight’s episode, a double murder at a hospital is probed by Jane (Angie Harmon) and Maura, (Sasha Alexander) who must resolve an old ghost story in order to crack the case.

On the last episode, a wealthy woman was found dead at the bottom of her stairs in a case that pitted the team against a sly killer determined to pull off the perfect crime. Did you watch the last episode? If you missed it, we have a full and detailed Rizzoli & Isles recap right here for you.

On tonight’s episode per the TNT Synopsis “a double murder at a hospital is probed by Jane and Maura, who must resolve an old ghost story in order to crack the case. Meanwhile, Angela tries to convince Frankie to stop avoiding Kent.”

Jane and Maura were called in on tonight’s episode of “Rizzoli & Isles” when an overnight chemo patient was found dead in the new cancer wing that apparently was still closed for renovations.

The new wing it seems wasn’t going to be open for months so there had been no reason whatsoever why a patient much less someone that has to be careful about exposing themselves to germ would go in there. Yet, for some reason, Jenny Tate did leave the safe confines of her room and her body was later found in that part of the building in the most unusual way. Jenny had been found impaled on a metal pike. That many believes must have been lying around because of the construction. So Maura had already gotten a pretty good idea on a cause of death though she initially played it safe when she said that she would run analysis just to be sure.

Though the tests themselves didn’t take that long and eventually Maura had gotten a pretty good picture about what happened to Jenny. Maura had officially ruled Jenny’s cause of death as drowning because the impalement had caused blood to flood the victim’s lungs which was what drowned her however Maura had found that one little piece of evidence that stopped Jenny’s death from being ruled an accident. Maura had found unexplainable marks on Jenny’s hands so she had looked into it and ruled that someone had put a rose in Jenny’s hand after her death. Meaning someone had watched her died and had then staged the body.

So Jenny’s death was a homicide, but that ended up begging the question of who would harm Jenny. She had just gone through chemo and was proving to be a success story because of the early signs of remission. However, there had been a mystery writer in town for the Mystery Writers Conference (the same one that Maura wanted to drag Jane to) so this woman had gone to the police to tell them that she knew who killed the victim. She said that the ghost at the hospital must be behind the most recent death. And the reason she used the words most reason was because the hospital had had a string of mysterious death stretching back over a hundred years.

But Korsak was a little skeptical about that because he said he never heard about a haunted hospital. So both and Jane had pretty much ignored that woman because they thought she had an overactive imagination and they were fine with pursuing real leads when the hospital administrator ended up surprising them. The administrator told them that the hospital had been plagued by ghost rumors since 1905 and that no one talks about it because people wouldn’t want receive at that kind of hospital. And so the hospital was doing their best to downplay the rumors yet the ghost theory went on to take a life of its own.

Jane and Korsak had wanted to speak with the doctor that was in charge of Jenny’s care and they later found his murdered body in the new wing although someone had taken the time to stage him. There had been a white rose found on his chest so the roses must have some significance to the killer. Yet, the killer was not a ghost and Nina soon had a good idea about who would want both Jenny and her doctor dead. Jenny and Dr. Morgan had been in constant contact throughout her chemo and the two were shown to be at the same hotel on the same day. So everyone pretty figured that they were having an affair and that Jenny’s husband must have found out.

Jenny had been married to Charles Tate and the two worked together. So probably the only time she had away from him was with her doctor while she was doing chemo. Although the detectives had been wrong about the affair angle because Charles was asked about his wife time in New Hampshire around the same time that Dr. Morgan was there and he had an explanation. He said that the doctor was trying out a new drug that their hospital didn’t want to approve and that he had taken Jenny across state lines so that he could treat her at a clinic in a state that did give him the go-ahead.

And so there wasn’t an affair. There was just a doctor willing to go above and beyond for a patient and his murderer had been sick enough to kill him with Jenny’s drugs. So that’s when Maura went back to the writer that they all thought was kooky and had asked the other woman for her advice. Samantha had been writing mystery books for decades so she knew a little about doing the necessary research and she also had an idea about the ghost theory. Samantha as it happens didn’t believe that there was a real ghost however she was of the opinion that someone had been using the idea of the ghost to get away with murder and that this might have been going on since the beginning.

However, Maura had wanted to get Samantha’s opinion so bad that she had taken Samantha to look at the hospital’s archives and that had backfired on her. Samantha was good at finding things though she quickly tried to steal what she found in order to be the one that wrote the story. So in the end ,Maura had to give up on being Samantha’s friend and instead focus on closing the case. She had tried to find the original ghost story about Haunted Hannah and apparently someone had gone through the trouble of practically cleansing all the old newspapers of the story.

So Frankie had checked out old newspapers at the library and Nina found out that someone that was supposed to be dead had been listed as being at the hospital last week. A man named Joseph Miller. Though he wasn’t the only dead person that the investigation kept on running into. Someone else had used the alias of an elderly woman that had passed away recently from cancer and that woman had one surviving relative – her stepson James Miller. James had worked at the hospital so he must have seen plenty of patients get better after they had been given Dr. Morgan’s radical new treatment, but his stepmother had been denied that.

James’s stepmom had been denied because she hadn’t met the criteria and her cancer was too far gone. So James must have felt bitter about that and had blamed both the doctor as well as the hospital for his only parent dying. But his obsession with the hospital had helped the detectives. They had raced to the hospital because they knew he couldn’t resist returning there and they had found him as he was just about to kill the hospital administrator. And therefore they were able to finally stop his murderous reign when Jane was forced to shoot him to protect his latest victim.

Yet, Jane still had to go to the conference so the only thing that had made her day was seeing Frankie with their mom and hot scot coming back from a Kiss concert in full gear. Apparently, Frankie and Kent had bonded and so now they were friends.