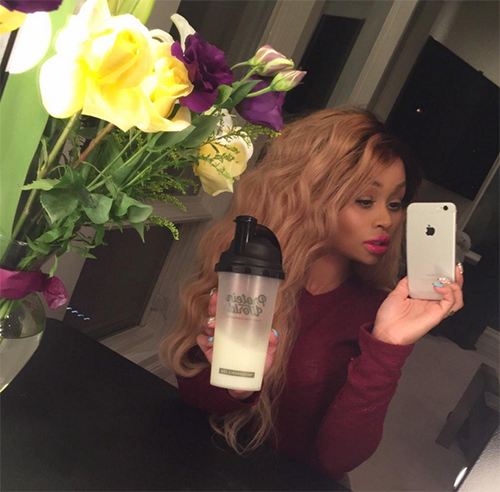 Rob Kardashian and his girlfriend Blac Chyna (who may or may not be pregnant) are working hard on their own reality TV show, according to a new report. Let’s be honest, we all knew it was only a matter of time before Chyna cashed in on her new relationship. It would be rather hilarious if Rob Kardashian starred on a reality TV show with her since he has been boycotting filming with his family for Keeping Up With The Kardashians since 2013. Call us crazy, but we have a sneaking suspicion Kris Jenner is not happy…

Rob Kardashian and Blac Chyna have built quite a brand for themselves on social media since they went public with their relationship – and it looks like their hard work on SnapChat and Instagram is finally paying off. According to a new report from People Magazine, the couple is in talks for their own spin-off, and it looks promising.

An insider dished to People Magazine, “Rob and Chyna are hoping for a spin-off. Chyna doesn’t want to film with Rob’s family. They both think a spin-off is the best business decision. They have had meetings and things look promising.”

Rumor has it that Blac Chyna is pregnant with Rob’s baby – and that would definitely make a promising storyline, not to mention the drama with her baby father Tyga, who just happens to be Rob’s sister Kylie Jenner’s on-again off-again boyfriend. To be honest, we would rather keep up with Chyna and Rob any day over the rest of the Kardashians.

Rob’s revenge against his brutal famous family has actually garnered him and Chyna a ton of supporters. With her own fan base, plus the anti-Kardashians, and Rob’s fans who are loving his comeback – Rob and Chyna could easily outshine the Kardashian’s show.

What do you guys think? Would you watch Rob and Chyna’s reality show? Could it turn out better ratings than his family’s E! show? Let us know what you think in the comments below!