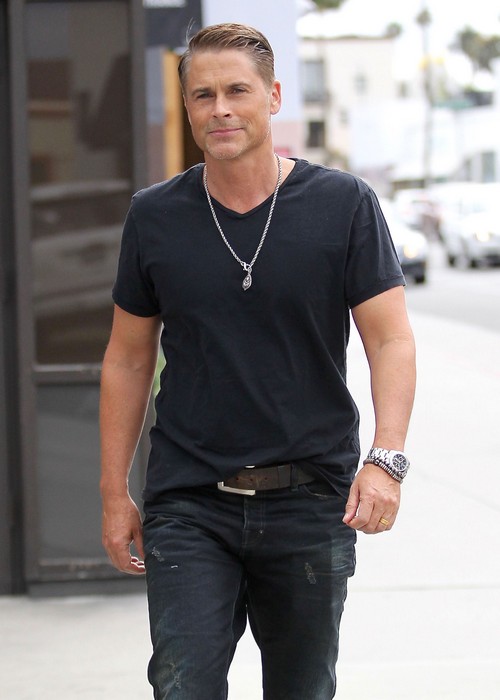 Is Rob Lowe Michael Strahan’s replacement on Live! With Kelly. It’s no secret that ABC is currently on the search for a new co-host for Kelly Ripa after Michael Strahan decided to ditch Live! And head to Good Morning America full time.

Several names have been tossed around, but currently the apparent frontrunner for the new gig is actor Rob Lowe.

According to a report from Entertainment Tonight, Rob Lowe is currently “in talks” with ABC about joining Kelly Ripa as her co-host on Live! Although it seems a bit random, it really actually makes perfect sense. Rob Lowe has guest-hosted on Love! With Kelly in the past, and ABC was actually trying to sign him on to the show for years ago but Rob turned them down and they wound up with Michael Strahan instead.

Entertainment Tonight caught up with Rob Lowe and put the actor on the spot and asked if he was headed to Live! At first Rob played coy, but he went on to confirm that there was some talking going on between him and the network, and he seems to be genuinely interested in the position now that his kids have gone off to college.

Rob Lowe dished to ET, “I hosted it with Kelly and had the time of my life. I love her … I love being able to talk to an audience every morning like that and just being fun, counter-punching, being silly, and talking about cool stuff.”

Rob Lowe did recently make a big TV comeback on the FOX legal drama “Grinder,” but the show’s ratings were bleak and the network just axed the show after a brief run. So, Rob is definitely available.

What do you guys think, would you tune in to Live! To watch Rob Lowe and Kelly Ripa every morning? Or do you think ABC should keep shopping for hosts? Share your thoughts in the comments below!