Who Will Replace Michael Strahan on LIVE! – Who Can Deal with Kelly Ripa’s Bullying? 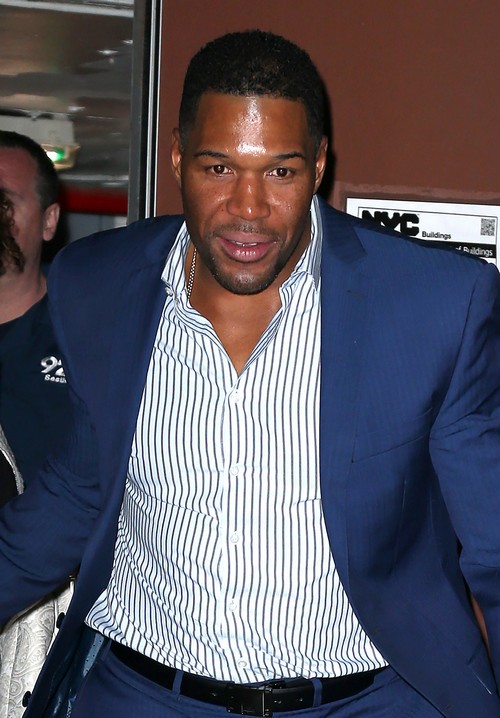 Talk around the LIVE! set is that Kelly Ripa can be a real handful. A LIVE! insider said Michael Strahan feels like Ripa is “bullying” him. Now that Strahan is heading to Good Morning America and what may be a friendlier environment, who will take his place in the co-host chair? Michael is exiting Live! far earlier than had been planned before Kelly’s sulking meltdown – his final day will be Friday, May 13.

If TMZ’s sources are correct, it seems like the replacement host will need to be pretty thick skinned. So who can we expect to see take Michael Strahan’s seat? Who has the experience to co-host the show and the interpersonal skills to deal with Kelly Ripa? Let’s consider.

What about Rosie O’Donnell? She’s had her own talk show plus there’s The View. And since she’s gay and ABC is in a big LGBT swell right now, she seems a feasible choice. Plus, if Rosie can deal with the cat fights on The View, little bitty Kelly Ripa should be no problem.

Kelly Ripa would like to see Andy Cohen at her side since they’re pals, but the Bravo host has said he’s far too busy to take on the show. However, if ABC backed up the money truck, I bet he could be persuaded since it wouldn’t take a lot of time out of his day.

Anderson Cooper is a strong contender to take over for Strahan according to Page Six and since Kelly Ripa and Cooper are friends, that seems like it could be a workable replacement. Plus, Anderson Cooper is only occasionally on 60 Minutes, so he may be available for the gig.

Another name we’ve heard is Neil Patrick Harris but no way does he have the time – and doesn’t need the money. NPH is raking in residuals from How I Met Your Mother and starring in the Netflix reboot of A Series of Unfortunate Events. But NPH’s hubby David Burtka would be an adorable co-host…

The potential replacement that LIVE! fans may be most excited about is Kelly Ripa’s hubby Mark Consuelos who has been an occasional fill-in guest host and naturally has killer chemistry with his wife. But could their marriage take the strain of working together?

And if LIVE! and ABC wanted to replace Michael Strahan with another athlete, why not Kobe Bryant? He’s retiring at the end of this season, has a built-in fan base, and might be a fun second fiddle to the pint-sized Ripa.

We know one potential co-host who has guested on LIVE! in the past that’s likely out of the question as a replacement for Strahan – Clay Aiken! Remember when he filled in for Regis Philbin and put his hand over Kelly Ripa’s mouth when she wouldn’t let him finish speaking?

So what do you think? Will it be ABC that solely decides who will fill Michael Strahan’s enormous shoes to co-host with Kelly Ripa? Or will she get a say in choosing his replacement? Who would you like to see co-hosting LIVE! with Kelly Ripa?

Share your comments below and be sure to check back with CDL often for more celebrity news.

Michael Strahan was seen leaving the 92Y in New York City, New York on April 25, 2016. Strahan has been in the headlines the past week due to his announcement that he is leaving ‘Live with Kelly & Michael’ to move to ‘Good Morning America’. FameFlynet