BY Kristine Francis on May 18, 2016 | Comments: one comment
Related : Recap, Television, TV 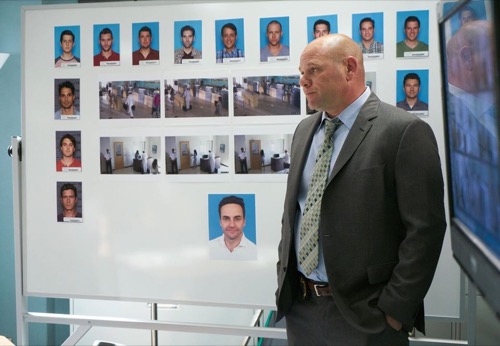 Tonight on FOX Rosewood airs with an all new Wednesday May 18, season 1 episode 21 called, “Wooberite & The Women of Rosewood” and we have your weekly recap below. On tonight’s episode, Rosewood’s (Morris Chestnut) former girlfriend turns his world upside down when she needs his help locating a rich patient who vanished, but the discovery of the man’s body kicks off a bizarre murder investigation

On the last episode, the murder of an ATF agent who was working undercover turned out to be connected to a cold case that lead to a number of surprises for Rosewood and Villa. Did you watch the last episode? If you missed it, we have a full and detailed recap right here for you.

On tonight’s episode as per the FOX synopsis, “Rosewood’s former girlfriend turns his world upside down when she needs his help locating a rich patient who vanished, but the discovery of the man’s body kicks off a bizarre murder investigation. Meanwhile, Rosewood struggles to make sense of his complicated relationships with the women in his life.”

Don’t forget to join us for our live recap tonight at 8:00 pm when Rosewood airs on Fox.

Rosie was put in a unique position on tonight’s episode of “Rosewood”. Apparently his girlfriend Erica thought that she and Rosewood were at the stage in their relationship when they should discuss possibly moving in together so she began that conversation by telling him that he would eventually have to move out of his bachelor pad. And, well, Rosewood loves his bachelor pad but couldn’t exactly recall asking Erica to move in with him much less agreed to her suggestion. So Rosewood hadn’t known what to do about Erica and, just as he was trying to entangle himself from a trap, an ex-girlfriend called him out of the blue.

Dr. Aubrey Joseph it seems had heard about Rosewood’s practice and how he’s been helping the police department so she called him to ask for his help. Aubrey needed Rosewood’s help to find one of her patients. A man by the name of Calvin Spitz who had never missed an appointment with her and would have also called her if he was running late. But Rosewood later had a hard time trying to convince Villa to look up Calvin. Calvin had only been missing for four hours and department policy stated that he had to have been missing for at least twenty-four hours.

Only Aubrey said that she couldn’t wait an entire day to find Calvin. She knew her patient very well so she knew that she was one of the few people he trusted and that he would have called her if something happened or if he was experiencing a crisis. However, Villa hadn’t thought Calvin was in any danger and so she only went along on a visit to Calvin’s house as a way to say that she did something. And it turns out Calvin hadn’t even been at home.

Yet, there had been a reason for that. Calvin’s body was later found in a pig sty and someone was using the pigs to erase the evidence. Pigs unfortunately eat everything so the pigs had removed several pieces of flesh and bones before their owner had spotted the human remains inside of their pin. And that meant there hadn’t been much left by time Calvin’s body was handed over to Rosewood. Rosewood though was able to decipher a few things with what little he had. He found out that Calvin hadn’t eaten in the last forty-eight hours and that someone had removed both hair follicles as well as Calvin’s thumb.

So the missing hair and thumb together with the fact that someone had claimed to be Calvin Spitz at his bank that very morning meant that there was a killer out there impersonating Calvin. And the killer hadn’t just targeted Calvin for his money because he had impersonated Calvin more than once. First, the killer had gone to Calvin’s bank and had taken out two million dollars however the killer then went on to impersonate Calvin to Calvin’s friends and family.

The impersonator had paid a visit to Calvin’s ex-wife and had apologized to her for his treatment and then he had followed up that visit by going to see Calvin’s daughter. Calvin had a kid a long time ago and he had basically walked out of the little girl’s life when she was seven because he didn’t think he could be her dad. So that sudden visit from her “dad” had actually surprised Clara. Clara thought her dad had wanted to make amends so the two of them talked for a while and she had been pleasantly surprised that he had remembered how much she loved peaches from when she was little.

However, Villa and Rosewood had been left unnerved after they spoke to Clara. They wanted to know how the killer had known that Clara loved peaches when it wasn’t common knowledge that Calvin had a daughter much less abandoned one. And speaking of peaches, the killer had left behind one that he had bitten into. So Rosewood had fished the peach out of the garbage and he tried to detect DNA from it when he found something instead. Rosewood found out that the killer had been wearing a unique set of dentures that had based off of Calvin’s real teeth.

And so the killer’s obsession was too far gone for any rationality though thankfully someone else had realized that as well.

Dr. Fields was the therapist across the hall from Aubrey and earlier the guys had met him in passing. So Fields had had a chance then to talk to them, but chose not despite his suspicions. Fields it seems had realized he couldn’t sit on important information anymore because he had figured out that it had been one of his patients that had killed Calvin so he had called Villa and Rosewood to ask them to meet him at his office. Yet, he had the mistake of trying to forewarn his patient first so he was already dead by time the police arrived at the scene. And without Fields around, Villa and Rosewood had to dig through his client list just to find who they were looking for.

Though what they were looking for someone that felt fed up. Fields’s patient had overheard much of Calvin’s therapy sessions so he had thought Calvin was mostly whining about life. After all Calvin was rich yet he stole his brother’s girlfriend, abandoned his only child, and divorced women the second he got bored. So when Villa and Rosewood finally caught up to their killer, he was in the middle of trying to kill one of Calvin’s enemies because he wanted to prove how much better he was than Calvin.

Only SWAT later managed to take down the killer that thought he was invincible. So that should have been an end to a trying day however Erica finally saw the writing on the wall and therefore she broke up with Rosewood because he was in love with Villa.

And as an added bonus, TMI kissed Mitchie and Pippy saw it.