BY Kristine Francis on May 11, 2016 | Comments: one comment
Related : Recap, Television, TV 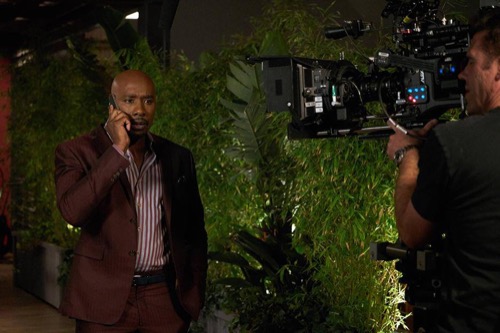 Tonight on FOX Rosewood airs with an all new Wednesday May 11, season 1 episode 20 called, “Keratin & Kissyface” and we have your weekly recap below. On tonight’s episode the murder of an ATF agent who was working undercover turns out to be connected a case.

On the last episode, the death of a musician and jingle writer flummoxed Rosewood and Villa, who couldn’t figure out if he was murdered or died of natural causes. Meanwhile, Donna tapped Mitchie to look into Erica’s past.

On tonight’s episode as per the FOX synopsis, “the murder of an ATF agent who was working undercover turns out to be connected to a cold case that leads to a number of surprises for Rosewood and Villa.”

This time it was Rosewood’s girlfriend Erica that called him about a dead body. Unfortunately, Erica was on shift at the emergency room on tonight’s episode of “Rosewood” when a young woman came in with several stab wounds. And so Erica had tried to save her life though to no avail. The Jane Doe had died on her table and there was not much on her that could offer up any answers as to why she had been targeted much less what her her name was.

The victim had been brought in disorientated and she was only able to said one word. She said “Kelly”. So no one knew if the name Kelly was her own or that of her killer’s, but all the same Erica told Rosewood everything she knew. And he promptly called in Detective Villa for help.

Although, he ended up dropping a particularly hazardous case on his own friend. The victim was later identified as Stephanie Grant. Grant being a career criminal with a mile-long rap sheet and who had an apartment, if such a trash site could even be called that, that was also littered with garbage everywhere. As well as several fake IDs. So Villa that just put more on Villa’s plate because she then had to look for a murderer and investigated what Stephanie had been up to prior to her death.

So eventually the case became something more than Villa could handle alone. In time, she came to learn that Stephanie had gotten involved with a gun smuggling ring and to make a bust she had to call in her captain. Which just so happens to be the man she’s been trying to ignore because of his relationship with her mother. And yet Villa had to push her feelings on the side because of the case. She needed a fully armed team to bust a gun ring and Rosewood finally got it into his head that he doesn’t count when guns are drawn.

Though, while Villa may have cooperated with Captain Hornstock to make a couple of arrests, she hadn’t later wanted to turn to him when someone they arrested had asked to speak to him specifically. Villa had merely thought at the time that the suspect was being chauvinistic. So she was actually going to deny his request however that only made him to tell her that he wasn’t a crook. He was in fact an undercover ATF Agent.

As well as a good friend of Hornstock who had been the only one he trusted at the station. So Villa did have to bring Hornstock to Agent Dominguez after all. And he was able to get his good friend talking. Agent Dominguez had been undercover for the past couple of months and he said that he and his people were close to making a bust of their own. That would honestly go much further up than the one man by Hornstock and his people.

And so Dominguez wanted to get back to work as soon as possible. Yet, Villa and Hornstock had to ask him about Grant and what her involvement was though they hadn’t expected that Dominguez would tell them that she was a cop. Grant whose real name was Tiffany was an ATF agent and she was helping with the investigation in the guns ring. So Villa had asked Dominguez who would have killed her and oddly he had nothing to say.

Dominguez claimed to have no clue as to who would want her dead and even stranger he implied that he was going to keep the operation running despite a dead agent. So Villa had already become suspicious of him when Anita from the Medical Examiner’s Officer had gotten back to them with autopsy results. Anita told Rosewood and Villa that Tiffany had been killed with an ATF tactical knife. And Hornstock had later noticed that Dominguez was no longer his on him.

Hornstock though had known why Dominguez didn’t want to give them information and that’s because he knew what it meant to be in charge of the others. It appears that Hornstock had been the only one that suspected Dominguez was keeping quiet not out of necessity, but because he wanted to find Tiffany’s killer and deal with him himself. So he ended up reaching out to his friend and told him not to cross that line. He said that if he did then there would be no turning back.

So Hornstock had got Dominguez to trust him and his team to bring Tiffany’s killer to justice. However, there was a chance her killer had nothing to do with the gun smuggling case. Villa and Rosewood found Tiffany’s hideout and they saw that she had been keeping a notebook on a whole file. That happened to link back to a cold case that over a decade old.

For some reason, Tiffany had reached out to a detective in Cold Cases about a young woman named Kelly Downs. Kelly had disappeared twelve years ago and she had been killed in what looked like a mugging gone wrong. So it hadn’t made any sense to either Villa and Rosewood as to why Tiffany would be looking into Kelly’s murder until they spoke with the detective on the case and he said that Tiffany claimed to have known something.

Yet, she hadn’t told anyone what that something was. So Rosewood and his team had to dig up Kelly and take a second look at the body. Kelly’s original autopsy had showed her dead as blunt force trauma however Pippy found evidence of manual strangulation. Which was personal. As if she knew her killer and that the killer was looking at her in her face as he killed her.

And so the guys thought Kelly’s death was connected with Tiffany’s. But the killer was smart and they tried to destroy the evidence of what they did by breaking into the Medical Examiner’s Office and attacking Anita. Rosewood had fortunately come by soon after that so he was able to get Anita the medical attention she needed though the attack had almost cost the cute cold case detective to lose morale.

Frank had thought he had stirred the hornet’s nest by looking into Kelly’s case again. So he was blaming himself for Tiffany’s death as well as the attack on Anita. Though Villa knew that the only thing that could help was for them to finally find their killer so she pushed him till he got back to work. And the three spilt up to go through everyone that Frank had originally questioned for the night Kelly disappeared.

However, Rosewood had figured out who their killer was long before anyone else. He had been canvassing a certain neighborhood when he came across Tiffany’s husband. The same husband she had been married to when Kelly died at such a young age. So right away Rosewood had guessed that “Skip” had had an affair with the barely eighteen-year-old Kelly and had killed her when she threatened to tell his wife. And that he later had to kill Tiffany because she began to suspect him of murder.

So Rosewood didn’t bother to hide his suspicions. He just came out and accused Skip of everything and then took the other man down after Skip tried to kill him too. And therefore both Kelly and Tiffany were finally able to receive closure. Though back at the lab, things have moved passed being awkward between TMI and Mitchie. Mitchie had made a move on the very gay Tara and he also forgot that Tara is engaged to Rosewood’s sister.