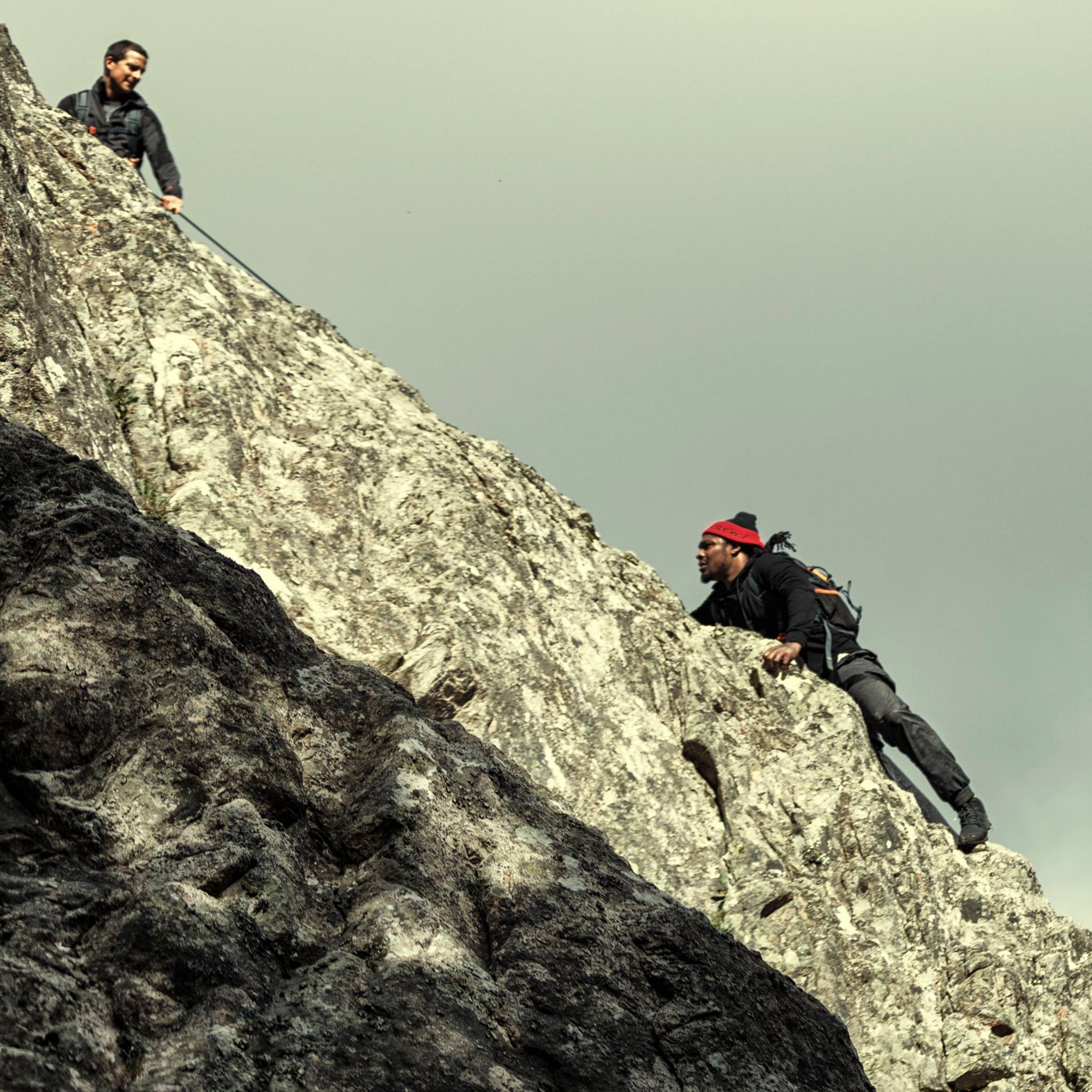 Did you miss last week’s episode where Spice Girl Mel B joined Bear on a chart-topping adventure to the Welsh Coastline?  If you missed the episode we have a full and detailed Running Wild With Bear Grylls recap, right here for you!

On tonight’s episode as per the NBC synopsis, “Plucked from a medieval tower along the Corsica coastline, Bear and Super Bowl Champion Marshawn Lynch are dropped deep in a rugged mountain range where they navigate cliffs, dark chasms, and come face-to-face with the secretive French Foreign Legion. Spying a wild hog, the pair pursues the beast, but securing it for dinner will require Marshawn to dig deeper than he ever did on the gridiron. Along the way, Marshawn details his upbringing in Oakland, his “beast” mentality on the field, and his unexpected retirement.”

Former NFL player Marshawn Lynch travels through the Corsican Mountains with Bear for 2 days. Lynch heads out to meet him at the top of a tower. He’s nervous about what’s to come. A helicopter sounds in the distance. It’s Bear making his signature arrival. Meanwhile, Lynch makes his way up the steps of the tower. Bear doesn’t land but has Lynch grab a hold of the side of the helicopter. Lynch is terrified.
In search of food and shelter, the two will travel through waterfalls and the mountain side to get there. They get dropped at their start line, in the middle of nowhere on the rocky terrain. Lynch is afraid, he has never been to a place like this. He has never camped. He grew up in the city and has climbed trees.

Lynch thinks he should have had some practice in the backyard first! Bear explains that there are more wild hogs than people and they are dangerous. They see a bunch in the distance. Lynch chuckles nervously. Bear wants to make a spear out of wood and go in and get the hog.

Lynch is freaked out about the hog’s size. Bear takes the lead as the two head towards the hog. Lynch’s adrenaline is pumping. The hog runs off. They see blood on the rocks, it’s the hog’s. He fell to his death and Bear wants to go get him. Lynch doesn’t want to work his way down to get the hog. Bear explains that they need the hog – it is their dinner. Bear has to talk him into it. Lynch decides to go, but he is scared.

Lynch scurries down to the ledge and with some guidance from Bear he makes it down. He pulls the hog up with his beast mode! Lynch isn’t sure what Bear has in store for him next. Bear gives him a pep talk. Bear notices that Lynch is emotional and a little feisty, but he knows how to deal with him.

Bear shows him how to cut the hog so that they can eat it. Lynch is grossed out. Bear puts a little blood on his cheek. Lynch is disgusted, but goes along with it.

Lynch talks about football. The wear and tear really got to him. The physical and mental eventually got to him. He would have just played ball, and not done any of the interviews he was contracted to do. He was grateful to walk out, retiring when he did. Bear sees that Lynch lives his life on his own terms.

The two start to look for a place to make camp. Bear explains his strategy when picking a post. Lynch wants to know where the blow up tent is. Bear begins to frame out a lean-to with trees. He works the land to create a comfortable place to sleep.

Lynch doesn’t want to share a bed with Bear so he builds his own. The two start a fire with Lynch’s dreads. Lynch points out that there is no seasoning on the hog. Bear has a treat for him – skittles. Lynch explains that skittles helped settle his stomach before games, a candy his mom gave him. He has a lot of support in his life from his family.

Lynch talks about having a degree, an education, a back-up when football isn’t an option. He talks about his foundation and how those looking to reach the NFL need a back-up. Lynch wakes up in the middle of the night for skittles.

Morning comes, Lynch thinks it’s early. He feels stiff. Bear wants to crest over the summit. Lynch laughs at him. Lynch is tired. They have to drop down 70 ft or so. When they hit the ground, Bear offers him a drink of water. Bear thinks he doesn’t trust easily.

Lynch talks about his journey of life, his 4th quarter. Bear wants to finish their journey strong. Bear looks for an easy route, one that Lynch laughs at. The travel up the side of the mountain, climbing the rocky side trying to find foothills.

Bear tells him not to look down. Lynch isn’t sure where to grab, slipping slightly. Bear guides him up and he powers through. When he gets to the top he’s overcome with emotion – he was scared. He finally laughs, he wants to be done.

They start working their way down the hill and see a French military vehicle, people Bear is familiar with. They jump in the truck and take off. Lynch is all smiles and happy that they he made it through.