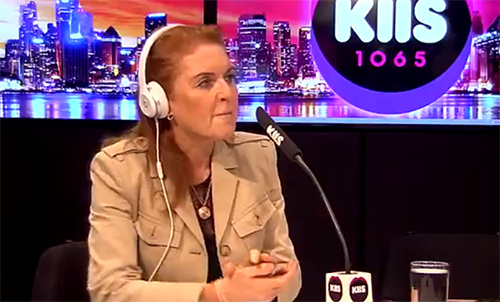 Did Sarah Ferguson admit that divorcing Prince Andrew was a mistake? Are the Duke and Duchess of York still very much in love 20 years after the couple’s divorce was finalized? Speaking with Australian radio hosts Kyle and Jackie O during a segment on the KJ Show, Sarah was asked about a possible reunion with Prince Andrew.

The answer Sarah gave was vague, “We’re divorced to each other right now, but we never really left each other.” Divorced TO each other? What does that mean?

Show host Kyle wasn’t going to let the Duchess of York blow off the question with such a non-answer. He asked, “You’re still together sort of?” The answer to that question is yes, they are, in a way. Sarah said that you need to find out who you are and then see what happens.

Prince Andrew and Sarah Ferguson still share a home and in 2015 the former, or not-so-former, couple purchased a ski lodge together in the exclusive Swiss ski resort of Verbier just last year.

Is it possible that Sarah Ferguson and Prince Andrew would remarry? That certainly wouldn’t be the most shocking event the Royal family has endured. We have a divorced heir-to-the throne in Prince Charles. The future King is married to divorcee Camilla Parker-Bowles who was his mistress throughout the Prince of Wales entire marriage to Princess Diana.

Prince William married commoner Kate Middleton, a first for a Royal who will one day sit upon the throne. Then there are Kate Middleton’s numerous wardrobe malfunctions over the years. Not to mention the Duchess of Cambridge’s embarrassing Middleton family. 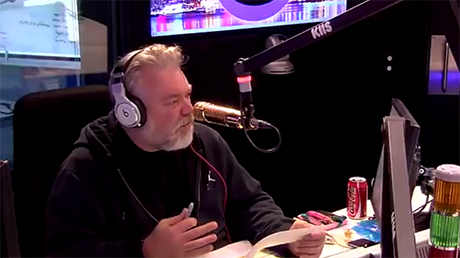 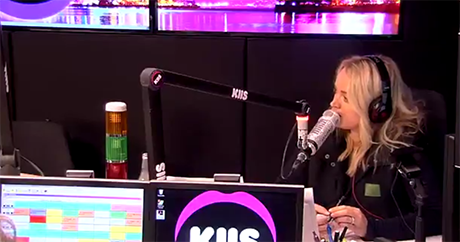 Were Sarah and Andrew pressured by Queen Elizabeth to divorce after Sarah’s toe sucking scandal? In this most recent interview, Sarah admits that Queen Elizabeth makes her very, very nervous whenever the two meet.

From Sarah’s answers to the radio show host’s questions, Sarah Ferguson and Prince Andrew are still very much together. As Royal watchers noted that on July 23rd – what would have been Sarah and Andrew’s 30th wedding anniversary – the couple spent the day at Royal Ascot with Princess Eugenie.

Image credits to Kyle and Jackie O // via Twitter

.@SarahTheDuchess reveals whether she and Prince Andrew will reunite pic.twitter.com/p11X1YANfy