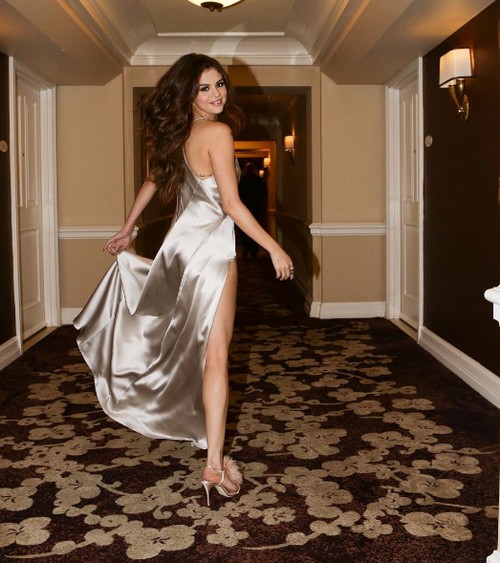 Is Selena Gomez dating Orlando Bloom? Selena and Orlando have been linked together romantically on more than one occasion for a few years now. Basically, Bloom is the hook-up buddy that Selena Gomez calls in between her break-ups with Justin Bieber.

But, until recently, there has never been any real solid proof that there was anything going on between Selena and Orlando. All that changed this week though when Gomez and Orlanda were putting on some major PDA at a nightclub.

Selena Gomez and Orlando Bloom were spotted out partying together on May 6 at Light Nightclub in Las Vegas. Selena kicked off her Revival Tour last week, and then moved the after party with her close friends to Light Nightclub, where Orlando Bloom apparently came along to support her.

TMZ shared some photos of Selena and Orlando canoodling at the club, looking very much like a couple. The website teased that Gomez and Bloom “found love in the club — for at least one night — when things got VERY physical.”

Ironically, Selena Gomez and Orlando Bloom’s hot club escapades came right after Selena threw some major shade at her ex-boyfriend Justin Bieber while performing on stage at her concert. Gomez made a huge statement by snatching one of her fans’ signs that said “Marry Justin” and crumpling it up and throwing it on the floor in the middle of her set. If that doesn’t say, “I’m Done With Justin,” we’re not sure what does.

Selena Gomez made it pretty clear that she and Justin are OVER, and she wants nothing to do with Biebs, despite his attempts on social media to win her back. Could dissing Justin be because of her blossoming relationship with former hook-up buddy Orlando Bloom?

Could the Hollywood Casanova be ready to settle down with much younger Gomez? Let us know what you think in the comments below!