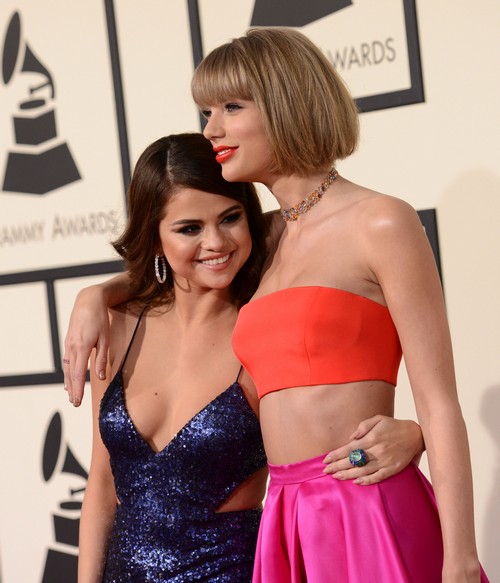 Selena Gomez is furious with fans and has threatened to shut down her Instagram account. SelGo is fed up with all the drama involving ex-boyfriend Justin Bieber.

What in the world has “Hands to Myself” singer upset enough to leave Instagram forever? It all started when a video turned up with Selena Gomez singing along to the Lil Wayne song “Single.” The world jumped all over that and went nuts speculating whether or not the former couple was on-again. Was it a secret shout out to Justin Bieber?

Life & Style shared a screenshot, which apparently has since been deleted, with a comment the songstress made on said post. “THAT’S A JOKE. I WAS SINGING BACK TO LIL WAYNE. MY LIFE ISNT ANOUT MY EX.” Yes, that’s anount instead of about, and yes, it’s in all caps. Selena Gomez was M-A-D! Did you get that? Life is not all about Justin! 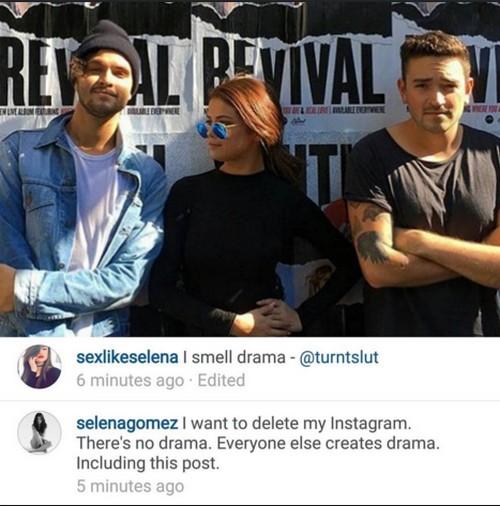 Selena had more to say about drama, drama, drama – that’s when she threatened to leave the Instagram world. How did it start? The singer posted a photo on Instagram and captioned it “Family.” The photo found its way to Tumblr where someone with the handle sexlikeselena commented, “I smell drama @turntslut.” And that’s when Selena Gomez blew another gasket!

What did Selena Gomez have to say this time? “I want to delete my Instagram. There’s no drama. Everyone creates drama. Including this post.”

No matter what Selena Gomez does everyone has to throw Bieber into the mix. Every time the former Disney star is out in public with a guy – it’s a new romance, they’re hot and heavy, she’s trying to make Justin jealous.

But you can’t blame fans, can you? SelGo and Justin Bieber have been teasing everyone with little impromptu get-togethers/dates. Who can forget the Bieber serenading the 23-year-old brunette with his rendition of “My Girl” in a Los Angeles Piano bar?

Don’t you love it when celebrities, or anyone else for that matter, publicly threatens to leave Instagram or Twitter or Facebook – whichever one is on their nerves that particular day? Do you really think Selena Gomez is going to delete any of her social media accounts?