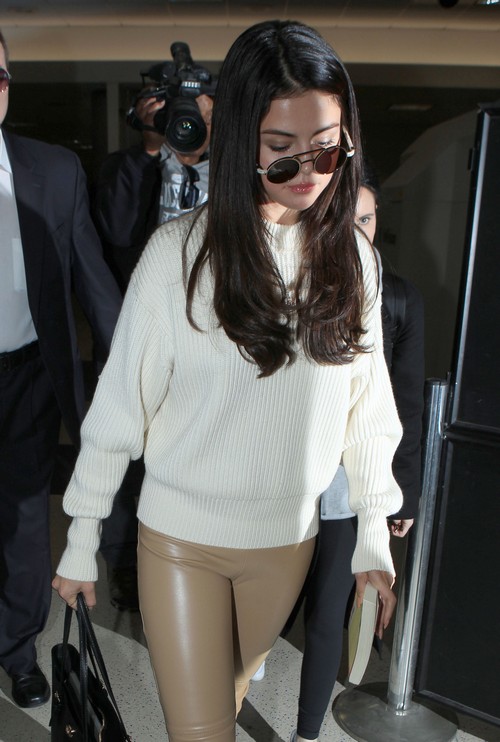 Selena Gomez made a stunning comeback at the American Music Awards just a few months after entering rehab for depression and anxiety. The singer revealed at the end of the 2016 summer tour that she is battling Lupus. Selena was spotted at Los Angeles International Airport on Monday, November 28 looking every bit as happy and healthy as she did at the American Music Awards.

At the American Music Awards on Sunday, November 20 Selena gave a moving speech addressing the physical and mental health problems that prompted a rehab stay. Speaking to a worldwide audience the singer explained, “I had to stop. I had everything and I was absolutely broken inside. I kept it all together enough to where I would never let you down but I kept it too much together to where I let myself down.”

The music world welcomed Selena back with open arms. Lady Gaga was moved to tears and later embraced Selena backstage, posting a photo of the two on Instagram. Lady Gaga must understand the hurt Selena has been feeling. 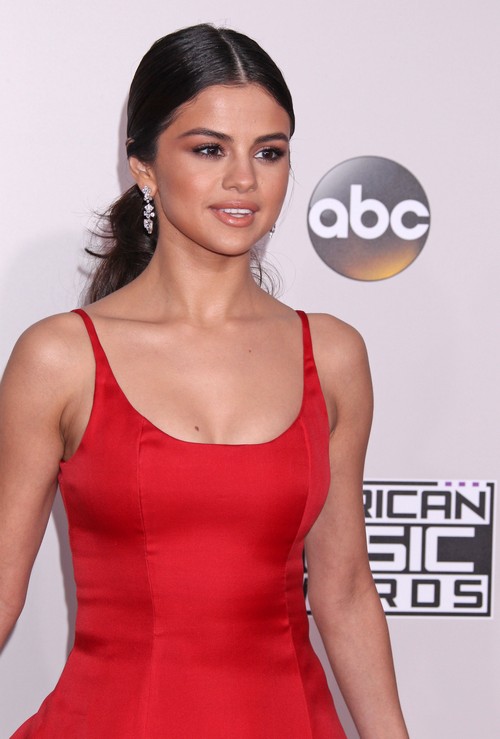 Gaga recently gave an interview to CBS Sunday Morning, explaining that in making ‘Joanne,’ her fifth album, she was brought to tears and experienced a lot of emotional pain. Selena Gomez knows she has a friend to turn to any time when it comes to Lady Gaga.

Selena Gomez posted a thank you to fans on Instagram just a few days after the American Music Awards. Having been absent from social media for months, Selena wanted to tell everyone just how thankful she is for all the support.

“I have a lot to be thankful for this year. My years has been the hardest yet most rewarding yet. I’ve finally fought the fight of not ‘being enough.’ Selena went on to say that it was important for her to be honest about the Lupus diagnosis and the depression and anxiety that followed and it’s okay to take care of yourself when necessary.

The positive feedback from fans and fellow musicians has bolstered Selena’s confidence. That was apparent when Selena got off a flight in Los Angeles wearing dark sunglasses, a long-sleeved white sweater, skin-tight pants and black boots.

It’s wonderful to see Selena Gomez back in the spotlight. Most importantly, it’s fantastic to see that the time Selena Gomez spent in rehab focusing on taking care of herself has brought Selena a fresh perspective on life.

Selena shared with her Instagram photo these words of encouragement, “By grace through faith. Kindness always wins. I love you guys. God bless.” Selena Gomez may have helped young girls who are battling depression and anxiety with the honesty displayed during her physical and mental health crisis. Come back to CDL for all your Selena Gomez news!

Pop superstar Selena Gomez was seemed camera shy yet still managed to look chic in a pair of beige leather pants as she touched down at LAX in Los Angeles, California on November 28, 2016. FameFlynet

I have a lot to be thankful for this year.. My year has been the hardest yet most rewarding one yet. I’ve finally fought the fight of not ‘being enough’. I have only wanted to reflect the love you guys have given me for years and show how important it is to take care of YOU. By grace through faith. Kindness always wins. I love you guys. God bless