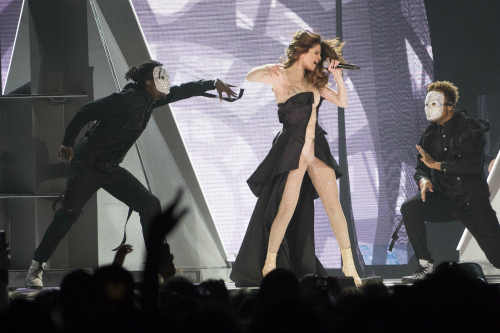 Songstress Selena Gomez is dropping a new album if the social media buzz is to be believed. Selena teased her legions of fans that she is close to dropping her third studio album which she referred to in a recent tweet as “album #2.”

But on Instagram, Selena posted “after two weeks on the studio bus safe to say this next album is (tongue sticking out emoji, lipstick kiss emoji) — it’s just starting tho” so does that mean the album is done or just getting started – which is it? 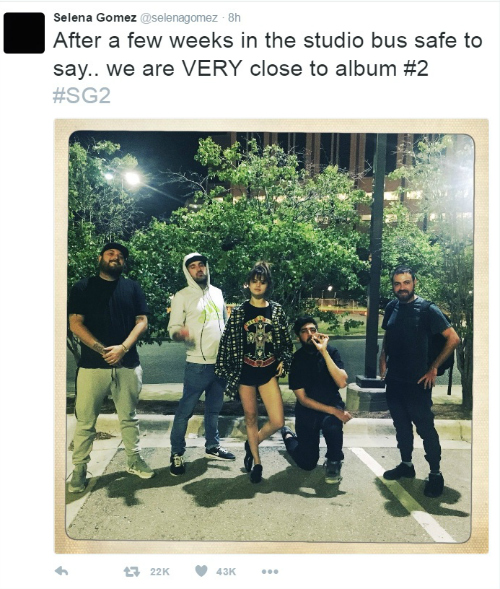 No matter the timeline for this album #2, which is technically Selena Gomez’s third album, fans went berserk after she posted on social media. Most of the responses to Selena’s post were over the top jubilant.

One fan hit Selena back on IG with, “OH MY GOD!!!! I CANT WAIT SELLY!!! THEN GONNA HAVE ANOTHER TOUR!!! THEN I GET TO MEET YOU” Another responded on Instagram, “DANGG STOP TEASING US!”

The most consistent fan comment was some variation of “can’t wait.” The bus comment lets us know that while Selena is on tour for her last album, Revival, she is working in a studio on her tour bus cutting her next disc. 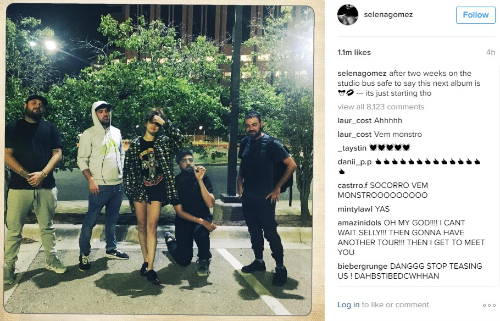 The 23-year-old Selena Gomez just released her second album, Revival, in October of 2015. Her first solo album, Stars Dance, came out in 2013. And regardless of when this next album drops, it looks like fans will be queuing to buy it.

But this wasn’t the only Selena Gomez news that had fans excited this week. Selena met with a little seven-year-old girl named Audrey Nethery who is a major Selena fan. The child has Diamond-Blackfan anemia which means her bones don’t form properly.

Selena danced with Audrey and they sang Love You Like a Love Song. The elementary schooler is tiny – about the size of a two-year-old and Selena danced and sang with her before sharing a big hug. The video has already racked up more than 8.4 million views. 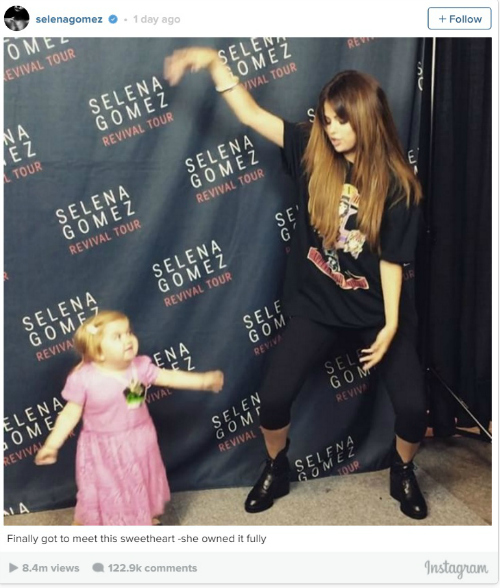 In fact, it was Selena that reached out to Audrey Nethery on Instagram after seeing a video game of the adorable little girl dancing. Selena messaged her on IG with, “Audrey, you are an amazing performer! Call me if you ever need a duet partner :)”

Are you excited about Selena Gomez’s album announcement? How cute was Selena dancing with little Audrey? Share your comments below and check back with CDL often for the latest celebrity news and gossip.