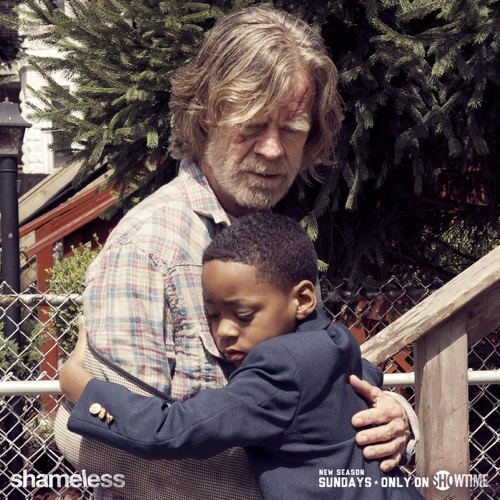 Tonight on Showtime the uniquely twisted and highly entertaining show Shameless returns with an all new Sunday, November 13, season 7 episode 7 called, “You’ll Never Ever Get a Chicken in Your Whole Entire Life” and we have your weekly Shameless recap below. On tonight’s Shameless episode, Debbie (Emma Kenney) cleans up her act for the upcoming DCFS review and grows closer to Neil. (Zack Pearlman)

Did you watch the last Shameless episode where Fiona discovered the laundromat was for sale and decided to invest in it? If you missed it we have  a full and detailed recap, right here for you.

On tonight’s Shameless episode as per the Showtime synopsis, “Frank helps Liam get into a plush new school after his old school is shut down; Fiona learns that owning a laundromat is costly; Lip gets scared by his closeness with Sierra; Kev and V cope with the discovery of an upsetting secret Svetlana kept from them.”

Tonight’s Shameless season 7 episode 7 is going to be great, and you won’t want to miss it. So be sure to bookmark this page and tune in for our coverage of Shameless tonight between 9 PM – 10 PM ET! While you wait for our recap, make sure to check out all our Shameless spoilers, recap, news & more, right here!

Tonight’s episode of Shameless kicks off with Ian waking up in bed with Trevor, his new transgender friend. They have been fooling around for a few weeks now, but haven’t gone all the way because both of them are “tops.”

Meanwhile downstairs in the kitchen, Fiona is getting Liam ready for his first day of Kindergarten. She packs his lunch and they head out the door – Liam whines because he wants to walk himself to school. Fiona lets him walk the last two blocks by himself, and orders him to go straight to school.

At Neil’s house, Debbie is running around like a chicken with her head cut off. She is trying to baby-roof the apartment before the woman from social services arrives. Neil’s sister is not thrilled about their new living arrangements – Debbie scoffs that it is Neil’s apartment and she will be his wife soon. Liam arrives at school, but he’s late and the doors are all locked. There is a sign on the door stating that the school is no longer open, and students in the neighborhood are being bussed to a different school.

Liam arrives at school, but he’s late and the doors are all locked. There is a sign on the door stating that the school is no longer open, and students in the neighborhood are being bussed to a different school. Lip heads downstairs and Ian awkwardly introduces him to Trevor. It’s safe to say that Lip hasn’t wrapped his mind around the idea of his brother dating someone that used to be a girl.

Lip heads downstairs and Ian awkwardly introduces him to Trevor. It’s safe to say that Lip hasn’t wrapped his mind around the idea of his brother dating someone that used to be a girl.

Debbie and Neil head to the high-school with Frannie so that she can officially drop out of school. The principal lectures her about getting her GED, and not being able to find a decent job, but Debbie isn’t trying to hear it.

Lia heads home, but the Gallagher’s are all gone. He accidentally lets Lip’s new dog Rocky outside – the dog that he was babysitting for his boss when she was arrested.

Fiona heads to her new laundromat, Etta is sitting in there watching a talk show. One of the washing machines is leaking all over, and Etta isn’t much help. The former owner is clearly senile, and Fiona realizes that she never even cashed the check that Fiona gave her.

Frank is drunk at the crack of dawn, and still furious that his new family kicked him out of the shelter that he started. Liam finds him in front of the shelter dousing it in gasoline. After Frank lights the fire, he and Liam make a run for it.

At V and Kevin’s house – Svetlana is thrilled that her secret is out, and they know Yvon isn’t her dad, he’s her husband. Svetlana heads to the bar with V, Kevin, and the babies – they are plotting on how they can get rid of Yvon, without him killing them. At the laundromat, Fiona gets a rude awakening. She learns that the washing machines cost over $3,000, and half of them need repairs. Fiona gets hit with a repair bill for over $,6,000. While she is arguing with the repair man, Debbie shows up and begs her to come to the courthouse so that she can marry Neil before the social worker shows up for their home visit. And, Debbie is furious when Fiona won’t take her and says she has things to deal with.

Frank takes Liam back to the school and talks to the janitor, they learned that the school closed because there weren’t enough kids. Apparently, a fancy new private school opened up nearby.

Lip is at work at the diner and his old professor shows up to visit him. He reveals that he submitted a repeal to get Lip back in to college, and they accepted it, he has to go in front of the repeal board. Lip says he’s not interested – he has no desire to go back to college.

At the bar Kevin and his wives are arguing over how to get rid of Yvon. They can’t call immigration on him, because then it will come out that Svetlana and V aren’t legally married, and they will deport Svetlana too.

Frank takes Liam to the new private school, which technically used to be Frank’s old school when it was still a church. Frank goes on a tirade on the playground about the private school being racist, and forcing Lia’s school to close down. It’ not long before he kicked out. Frank takes Liam across town to his new school – which is overcrowded, Liam isn’t on the playground for 2 minutes before some bullies shake him down and empty his backpack.

At the laundromat, Fiona gets more bad news – there is a gas leak and the woman from the gas company turns off the gas. The gas company tells her that she is lucky it hasn’t blown the building up, and they won’t turn the gas back on until she gets it repaired.

After parenting classes, Neil and Debbie head home and wait for the social worker from child services to arrive and inspect the house.

Fiona gets hits with another repair bill for another $1800 to get the gas leak fixed. Meanwhile, she is losing business because there is no hot water at the laundromat. She panics and goes down the street and takes $1800 out of the safe at the diner and leaves an IOU note. On the way out of the diner she bumps in to Margo, who gives her some startling truths about owning a business. Fiona marches back across the street and takes her check back from Etta, she tells the gas repair guy that Etta is the owner.

Svetlana returns to the bar with a cut on her face and blood all over her chest. She tells everyone that Yvon won’t be a problem any more. V and Kevin are freaking out, they think that Svetlana killed her husband.

Frank heads back to the private school and causes another ruckus about his son being denied an education there. He sits down with the head of the school and makes friends with her, she says she is going to offer Liam a position at their fancy school. The next morning Liam heads to private school in his new uniform.

Lip heads to an arcade to hang out with his girlfriend. Everything is going smoothly until she gets a phone call and learns that her son’s father ditched him at a neighbor’s house. She rushes out to go get her son.

Kevin and his wives head up to bed, Kevin has a meltdown about Svetlana lying about Yvon and whether she did or did not kill him. He throws a temper tantrum and announces that she is going downstairs to sleep on the couch.

Tonight’s episode ends with Fiona heading to the bank in the morning. After staying up all night thinking, she apparently decided to go through with the laundromat after all. She instructs the teller to deposit the check in to senile Etta’s account.