Sharon Osbourne Dishes On Ozzy Osbourne Affair And Her Nervous Breakdown: ‘My Brain Shut Down On Me!’ 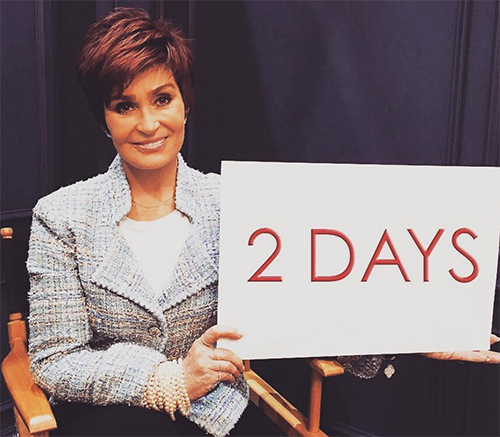 Sharon Osbourne is opening up about her nervous breakdown and how a mental health facility helped her get her life and marriage back on track after husband Ozzy Osbourne admitted to having multiple affairs and began treatment for sex addiction.

TV personality Sharon Osbourne told Wetpaint that she suffered a nervous breakdown last year that required her to take a month off from her gig as co-host on The Talk and enter a mental health facility to help her cope with recent life stresses, including the infidelity of her husband, rocker and Black Sabbath frontman Ozzy Osbourne.

“I had a complete and utter breakdown. I woke up in Cedars-Sinai Hospital and for probably three days I knew nothing. I couldn’t think, I couldn’t talk, I could do nothing. My brain just shut down on me.” The talk show host is no stranger to mental illness; both husband and son, Jack Osbourne, have battled with drug addiction and other issues that caused both to undergo multiple rounds of treatment in drug rehabilitation centers.

Husband Ozzy Osbourne has admitted to having ongoing affairs with several women and recently sought out treatment for sex addiction. Following his confession and the intense media coverage of his affair with a much younger celebrity hairstylist, Sharon Osbourne and Ozzy Osbourne separated, causing the talk show host to begin her downward spiral. During her stay at the hospital, Sharon credits group therapy for helping her get back in control of her life, finding comfort in the solidarity of supportive people who were having similar mental issues. Now that her treatment is complete, Sharon asserts that she is back in control of herself and feels that she is better equipped to tackle her marital problems.

After thirty-three years of marriage, the couple has had their share of ups and downs, and many have speculated that the two remain married only because of the high price tag associated with a divorce. Now that Sharon Osbourne is back in control, she may be ready to reconsider her “stand by your man” approach to her marriage and decide that she is much better off flying solo.

What do you think about Sharon Osbourne’s nervous breakdown? Should she divorce Ozzy Osbourne or try to work things out with her sex addict husband? Why do you think so many celebrities suffer from mental health issues?