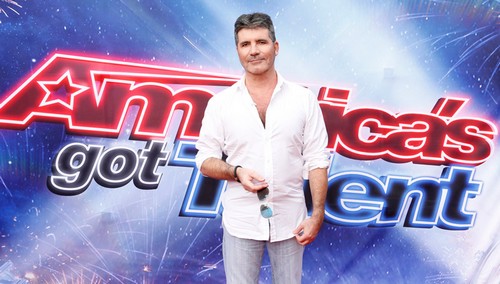 ‘America’s Got Talent’ was back for the premier episode of Season 11 last night and we’ve got the recap for you right here! The show is always fun, but fans were disappointed last season when Howard Stern announced his retirement. But after a nearly three-year hiatus from the show he helped create, Simon Cowell was back in a big way and Howard Stern is forgotten.

What we’re seeing is an all-new Simon Cowell that is breathing new life into the show. What’s interesting is that one young singer, 13-year-old opera sensation Laura Bretan, admitted she was scared to sing in front of the usually hyper-critical Brit. But that’s far from the persona we’re seeing this season.

In fact, the UK curmudgeon is all-smiles, even when acts are notably bad. He’s flirty with contestants – particularly those that are a bit oddball themselves. He encouraged 60+ Rose to strip off while her husband crooned Elvis and was more fun than we’ve seen him on any of his many reality shows.

What was also entertaining was that while he held back from lambasting AGT contestants, he didn’t hold back at all when it came to his fellow judges. When a lip syncing all-drag version of the Spice Girls took the stage, Simon teased Mel B that it was a vast improvement over her once-famous group.

What’s funny is the Spice Girls auditioned for Simon Cowell back in the day and he offered them a deal, but they passed on him, so this might be his revenge. Cowell also harangued the other judges, particularly Heidi Klum and Mel B, for singing bad karaoke backstage.

So why is the acerbic Brit less critical and more encouraging? Likely it’s all down to his partner Lauren Silverman and two-year-old son Eric Cowell. Lauren and Eric were backstage and Simon revealed this his son and gal pal come to all the shows and little Eric is a great judge in his own right.

While Simon did offer some fair criticism to acts that were less than accomplished, he was not overly harsh like he once was – particularly back in his early American Idol days when he was known for declaring many performers were “simply dreadful” as he crushed their hopes and dreams.

This gentler and funnier Simon makes AGT more watchable than ever and it seems the other judges, who call him boss (since he co-created the show), are not holding back. They harassed him and Cowell went home covered in foam thanks to a messy hug from Heidi.

Even though many fans may have tuned in to see Simon Cowell lash out at contestants with his formerly barbed tongue, they won’t be disappointed. Where Cowell once made cutting commentary, now he’s offering non-stop comedic quips. Who knew he was so funny?

What do you think of Simon Cowell’s newfound humanity? Share your comments below and come back to CDL every Tuesday night this summer for LIVE recaps of ‘American’s Got Talent.’