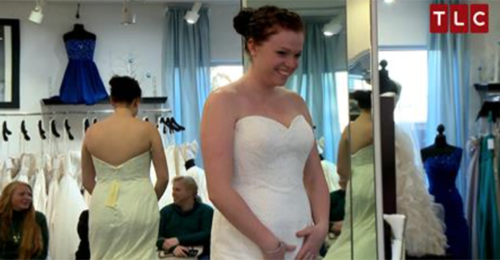 Janelle wanted to help plan her daughter Maddie’s bridal shower. She had ideas and she wanted to be part of another special event however Janelle quickly realized that she had a very different idea of what bridal showers were supposed to be than what Maddie’s generation grew up with. So Janelle decided to do the wisest thing. She handed the bridal shower over to some of the older girls. Like Mindy and Dezi! Mindy was Robyn’s niece and she helped a lot with some of the younger kids. But Dezi was Maddie’s best friend and more importantly she had the time to devote to planning the bridal shower while Janelle did not.

Janelle and her fellow sister wives had all been given tasks by Maddie for the wedding. So there were some handling the seating for the ceremony and others that were on actual bridal duty yet in the end, they were all being run ragged by Maddie. Maddie had lists for everything so she was prepared and admittedly feeling a little stressed. However, Maddie also decided to delegate some of her duties as well and one of the things she asked her father to handle for her was the vows. Maddie asked her dad to write the vows for the ceremony and she wanted it to be done in a timely fashion rather than winging it at the last minute like Kody usually does.

Kody likes to say that prayers were best answered when you’re at your most desperate though he was the only one that believed that and everyone else just wanted him to get something done in a timely manner. Yet, Kody sort of laughed at that because he thought last minute decisions worked for him and so it was merely unfortunate that not everyone had such luck. For instance, Mindy and Dezi spent months planning the bridal shower and then out of nowhere a perfect day suddenly became windy. So the girls questioned whether or not they should move the shower indoors and eventually they chose to work around the wind.

Mindy and Dezi used double-sided tape, staples, and basically they did everything possible to keep the tablecloths on the tables because that was the real problem. The wind would pick up and forcefully pull at the tablecloths so that would destroy whatever decorations or dessert that was on the table. Although the day of shower proved to be lucky. The wind was still strong, but nothing was tossed and everyone chose to make the best out of the day. So Maddie got to have a wonderful bridal shower with friends and family. And, like it was expected, she received a few presents that were not meant to be seen.

The bridal shower was a success and the guests got to blush as well as laugh however, there was naturally one present that embarrassed Maddie. It was the gift from Caleb. Caleb got Maddie camouflage lingerie and she felt that it was unlike her other lingerie presents.  The other guest’s gifts were jokes and fun while Caleb’s gift took on a whole new meaning. But Maddie enjoyed the rest of her bridal shower and she was finally getting the chance to enjoy her moment in the sun when Mykelti chose to announce her news. Mykelti and her boyfriend Tony announced they were officially engaged and they also stated neither of them wanted to wait to get to married.

However, her parents realized that they couldn’t talk to her as if she was still a kid so they chose another approach. They chose to talk to her as an adult. They told her that they were focusing on Maddie and that squeezing in plans for Mykelti wouldn’t be half as good. So they needed time to get the money together and they wanted to wait until her siblings were all back home. And so Mykel wisely chose to renegotiate.

Mykelti told her parents that was willing to sacrifice her August wedding date. She said she would push the wedding date back to December 17th and that Kody had to pay for the honeymoon she wanted. So Kody agreed to those terms because he knew that was the best he was ever going to get from Mykelti who was his rebel. Mykelti made sure that her father agreed to her terms before telling everyone about the wedding delay. Mykelti and Tony  apparently wanted to invite four hundred guests to their wedding and that meant it was going to be bigger, more expensive, and a lot more trouble than Maddie’s. Yet, there was nothing they could do seeing as they had already agreed.

Christine hadn’t always been on the best of terms with her sister wife Robyn. There was time when Christine had been firmly against Robyn join the family because she didn’t think Kody needed a fourth wife however a few years as a family has changed a few things and one of them was the ladies’ relationship. So one of the things they figured out was that they were a lot alike with their laughing and carefree manner which was what had helped them become friends in the end. But there one trip that the ladies shouldn’t have taken together. They apparently shouldn’t have gone to a bakery what with Christine being off sweets.

Christine said she had gone off sweets because she wanted to get healthier. However, she wasn’t able to help herself when she went into a bakery and fully cracked under pressure when she saw the freshly made chocolate chip cookies that their friend had made for them. So Christine had tried several of the cookies and they she had gone a little crazy. She started to laugh uncontrollably and Robyn had even mentioned that Christine had gone bug-eyed as well yet the other family members had said that wasn’t unusual. There had seemingly been plenty of times when Christine had lost control of her faculties and so they were pretty used to it.

Robyn on the other hand, had been a little embarrassed, to say the least. Robyn had noticed the funny looks that Christine had gotten from their friend and she hadn’t known what to do about it. She said she found Christine’s other side to be funny though Kody had been frank when he said Christine losing it when you weren’t in the mood could piss you off. Yet, that was just Christine and the woman in question didn’t even realize that she was getting looks or laughing on her own until Robyn had told her after the fact. So it had been too late for her to change anything and all she could do was apologize for her behavior. And continue to be a good sister wife.

So Christine and the others pitched in when Janelle had to go out of town. Janelle’s daughter Maddie was getting married and the wedding date was quickly approaching, but Maddie naturally had another list of things she needed to complete and so she had wanted her mom’s help. Janelle and Maddie’s best friend Dezi had to drive to Wyoming which was where Maddie lived now with Caleb and they had to help with the wedding favors as well as many other Arts-N-Crafts projects that needed to get done. Though leaving town in such a hurry meant Janelle needed to find someone to watch the kids that were still at home so that’s where her sister wives came in.

The ladies did not hesitate when Janelle needed them. They just stepped in and  agreed to be there for her kids. But Janelle  enjoyed going to Wyoming. She wanted to be there for Maddie and she also wanted to reconnect with some old faces. Like Erica who was Caleb’s sister and she had been married to Kody’s late brother however Erica had pointed out something that Janelle had always felt. Both ladies said that there had been this connection between Caleb and Maddie when they ran into each other three years ago at the funeral. So they had seen something that not a lot of other people had seen.

Kody, though, had also talked about that time and he said that he never even suspected that there might be something Maddie and Caleb. So Kody had truly been in the dark and he felt that Janelle should have told him something. However, the connection had been there and Erica had managed to capture it on camera. Erica had apparently taken photos of everyone and she had gotten some photos of the couple looking deeply into each other’s eyes. As if they knew they were right for each other the second they had seen each other as adults instead of as family. And so Maddie decided, to be honest about that time.

Maddie had said that she and Caleb had felt a connection for each other and that they hadn’t wanted to act on it because they didn’t want to give up their respective lives for romance. Yet, that wasn’t the story anymore and now they were getting married. So everything should have just fallen into place, but life doesn’t work like that because Maddie had a problem with her wedding’s dress. Maddie’s dress had fit her when she first had gotten fitted only things changed after her stress levels started to rise and she was suddenly losing weight quicker than she could get her dress refitted. And so Maddie’s constantly needed to be altered and she didn’t know what to do with the wedding a few days away.

Though she had her mother and Janelle did her best to make the best out of what they had. Janelle for example didn’t go fishing like she wanted because she saw how it was stressing out Maddie. So she stayed back and kept helping with the wedding favors that apparently no one had gotten a start on however as Janelle was doing that she was at least spared from having to make the road trip with the rest of the family. The kids could be good yet they tended to get cranky after being in a van for two days and so they had been dying to get out/ enjoy themselves the moment they all got to Wyoming.