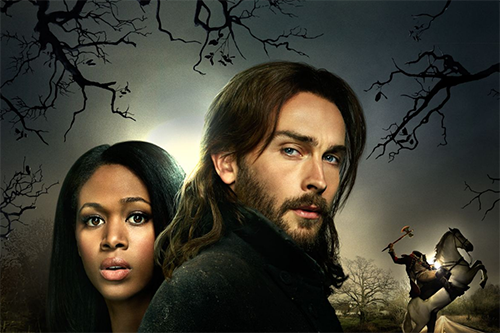 TV shows have been getting cancelled left and right this week. It seems like none of our favorite primetime dramas are safe. But, Sleepy Hollow fans can breathe a sigh of relief. Despite the supernatural drama’s mediocre ratings, FOX announced on Friday, May 13 that they have renewed the show for Season 4.

Along with news of the renewal, FOX dropped a few Sleepy Hollow Season 4 spoilers – the cast list. Or, remaining cast, seeing as how they have been dropping like fans. Sleepy Hollow fans were shocked in the Season 3 finale when Abbie Mills was killed off, and her portrayer Nicole Beharie exited.

Despite the fact that Abbie seemed pretty dead, and the actress confirmed her exit, Sleepy Hollow fans were hanging onto hope that she would be back. But, her name was left off the Season 4 cast list. Can Sleepy Hollow really go on without Abbie Mills and Ichabod Crane’s special friendship and banter?

Also missing from the Season 4 Sleepy Hollow cast list is Ian Somerhalder’s wife Nikki Reed. When she signed on to Season 3 it was as a series regular and was intended to be on a permanent basis, possibly even soften the blow after Abbie was killed; however, Nikki Reed and the whole Betsy Ross angle was not resonating with fans like TPTB hoped, so she too will not be back in Season 4. With all of the time travel, returns from dead, and other supernatural stuff going on in Sleepy Hollow, they could definitely have included her in Season 4 if they really wanted her there. The same probably goes for Abbie Mills.

According to Sleepy Hollow spoilers, the cast members who will be returning are obviously Tom Mison as Ichabod Crane, Lyndie Greenwood, Lance Gross and Jessica Camacho.

So Sleepy Hollow fans, are you excited FOX didn’t cancel the spooky drama? Do you think the show will go on without Abbie Mills? Let us know what you think in the comments below!