BY Kristine Francis on June 20, 2016 | Comments: one comment
Related : Reality TV, Recap, So You Think You Can Dance, Television, TV 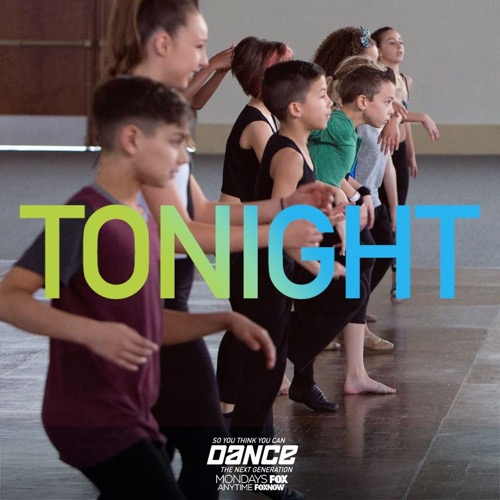 Tonight on FOX, SO YOU THINK YOU CAN DANCE continues with an all new Monday, June 20 season 13 episode 4 called “The Next Generation: Academy #1,” and we’ve got your So You Think You Can Dance recap down below. On tonight’s episode, the first round of the Academy begins.

On the last episode, in the final set of auditions, judges Nigel, Paula and Jason had to decide which young dancers would continue in the competition to become America’s Favorite Dancer. Did you watch last week’s episode? If you missed it, we have a full and detailed So You Think You Can Dance recap right here for you.

On tonight’s show per the FOX synopsis “the judges have seen the best of the best from around the country and now it’s time to find out who can take it to the next level. The first round of the Academy begins as the young dancers fight for a spot among the elite.”

Usually the next round that everyone speaks of was the golden ticket to Vegas for Vegas Week, but on tonight’s “So You Think You Can Dance: The Next Generation” the kids were going to be experiencing something a little tamer called Dance Academy.

Dance Academy was pretty much how it sounded. All the kids that made it through their initial auditions in LA, Chicago, or NYC were back to the forefront however they had to battle it out on the dance floor in order to keep their positions. The way the Dance Academy worked was that each contestant had to audition again and that time they had to impress a panel of returning All-Stars. The All-Stars would watch everyone and then choose the top five dancers that they would on their teams. Though by the end of the week, the All-Stars would have bring the Top 50 down to a Top 10.

And therefore over the first few hours, the panelist just couldn’t help loving each audition that they saw. The kids definitely brought their best out to impress a whole new set of Judges. So that had left the panelist in a tough position. They were flooded with great talent though they couldn’t exactly pick everyone that they liked. The panelists could only pick five contestants each so they had their choice of three dancers that danced in their own style as well as two wild cards. Yet, the callback portion of tonight’s episode was something brutal.

Not everyone was picked yet they all had to watch how some of the panelists were prepared to even fight over one of the contestants. Which was the case with Tate. Tate had been wanted by both Sasha and Kathryn for their contemporary team so she had been given a tough decision. However, Tate felt her place was with Kathryn and she helped make up Kathryn’s team along with Brooklin, Brightyn, Quinn, and Avery. While Sasha completed her team with Diana, Jade, Ashley, Boston, and Jordan.

And finishing out Contemporary was returning All-Star Robert’s team. Robert had gone with Sage, JT, Gavin, Enoch, and Josiah so he had felt pretty confident with his set. But no one could be more confident than Jake. Jake was a pint size Lothario that was just full of personality so of course Jake ended trying to flirt with All-Star Jenn when she picked him for her Ballroom Team. He first asked if she was single up onstage and then bragged to Maddie afterwards that he was going to be getting Jenna’s number after the show.

Jake though was just one person on the team. Jenna also picked Lev, Joshua, Parker, and Dougie while her fellow Ballroom All-Star Paul went with Ruby, Shelly, Lera, Sophia, and Lennox. Although Jonathan who had fought over Ruby with Paul hadn’t ended up too badly with his team. He did get Daniela, Pallany, Victoria, Rylee, and Camila after all. So once the Ballroom finished picking their teams, it then came time for the Tap squad to come out.

But sadly there was only one panelist amongst all the All-Stars for Tap. Returning All-Star Gabby had come back for Next Generation and she had been given a tough job on tonight’s episode. There had been more than ten tap dancers that made it into the Dance Academy however Gaby could only choose ten and odds were that the others weren’t going to be picked by anyone else. So Gaby ultimately the careful decision of picking Emma, Jazzy, Eyan, Ava, and Lucas to be on her team while those hadn’t been chosen by her had to hope for a wild card.

After Gaby, however, then came the Hip Hop Selection. All-Star Fik-Shun had gone on to pick Kida, Jaryan, JJ, Lior, and Alex while his fellow All-Star Joshua picked Merrick, Romeo, Tre, Sheaden, and Kai. So everyone that was sitting and hoping to be picked had then pinned all of their hopes on Comfort. Comfort had initially gone ahead to Tahani, Aniyah, Fiona, and Logan but everyone that had thus far remained seated had literally hoped with everything they had that they would be her final pick. And yet that last spot could only have gone to Phoenix.

Phoenix had been the partial inspiration for Next Generation so it was only fair that she made it into the top 50!

Though following the selection process, the kids then had to get used to a new routine in ninety minutes. Those ninety minutes often brought the dancers out of their fields so it was natural that some of them struggled through their routines yet JT didn’t have that excuse. It’s a bit harsh to say that about a child, but Jazz was his field and he still struggled through the routine. So JT had truly let his All-Star down.

Only Robert still later chose to keep him around. He admitted to being disappointed though he felt that JT still had a lot to offer so he allowed him to stay through the next round of cuts while others weren’t so lucky. Jaryan for instance had made the fatal mistake of giving up during the routine and it didn’t have to be that way. He was doing fine, but suddenly lost his confidence during his dance and just stopped. Stopped dancing and waited until the music stopped playing.

And you know what, Fik-Shun still comforted him after that. The All-Star said he knew what it was like to lose all confidence so he actually felt for Jaryan despite Jaryan’s performance. Only Jaryan couldn’t stick around if he wasn’t capable of fighting for his position.