So You Think You Can Dance (SYTYCD) Finale Recap – Kida Wins, JT runner-Up: Season 13 “The Next Generation: Winner Chosen”

BY Amanda Austin on September 12, 2016 | Comments: Leave Comments
Related : Reality TV, Recap, So You Think You Can Dance, Television 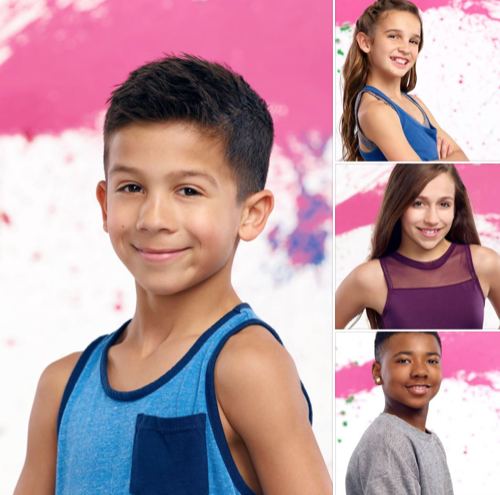 Tonight on FOX their Emmy-Award Winning So You Think You Can Dance comes to an end tonight with an all-new Monday, September 12, 2016, finale episode and we have your SYTYCD recap below!  On tonight’s episode, America’s favorite dancer is crowned.

On last week’s episode, the top 4 performed and continued to stun the judges and America.  Did you watch the episode?  If you missed it we have a full & detailed So You Think You Can Dance recap, right here!

On tonight’s episode, as per the FOX synopsis, “After incredible auditions across America and weeks of jaw-dropping live performances, the nation will finally decide who joins the ranks of America’s Favorite Dancers. The final four dancers show the judges and the country what they’ve got one last time before the winner is crowned

Tonight’s So You Think You Can Dance: The Next Generation finale kicks off with a group dance to “Brand New” by Ben Rector starring this summer’s contestants, and the final four: Emma, JT, Kida, and Tate. The judges and audience give them a standing ovation as they jam out on the main stage.

When the opening performance is over, host Kat Deeley takes the SYTYCD stage. Tonight, the winner will be revealed and the audience’s votes at home will determine the winner of a quarter of a million dollars. Nigel Lythgoe, Paula Abdul, Maddie Ziegler, and Jason Derulo are on hand to help deliver the results.

Before the results are revealed tonight, there will be a ton of amazing performances. Up first, Nigel has chosen his favorite routine for an encore. All-Star Fik-Shun and Kida take the stage to perform their hip-hop routine, “I Can Make Ya Feel.”

After another adorable dance from final four contestant Jake to Jennifer Lopez, Tate takes the stage to perform her favorite solo of the season, “Go Wild” in a silky blue tuxedo. Up next is Jason Derulo’s chance to choose his favorite performance of the season. Jason loves tap music, so he chooses “Salute” by Emma for an encore.

So You Think you Can Dance host Kat Deeley returns to the stage after Emma’s performance and she jokes about how much hip-hop they had this season in terms of dance styles. They play a SYTYCD video montage from this season starring some of the greatest hip-hop dances. Fik-Shun, Kida, Nick Sheadan and Comfort, the hip-hop finalists this season take the stage next and perform a group dance to Future’s hit song “Ain’t No Time.”

Emma is back on stage after the commercial break and she performs her favorite solo of the season – which is another tap dance to “Expensive” by Tori Kelley. Next SYTYCD judge and Dance Moms star Maddie Ziegler performs a contemporary routine with the Next Generation finalists to “Lamb,” and they are all dressed as fairies with wings.

After the commercial break, Kida gets to perform his favorite solo performance of the season – “Fingazz.” Then, it’s Nigel’s turn to pick the next performance. He chooses JT and Robert’s rendition of the popular Broadway song Mr. Bojangles.

It’s finally time for Cat Deeley to read some of the results. According to America’s votes – the 4th place dancer in tonight’s finale is Emma. That means that Kida, JT, and Tate are still in the running for the grand prize tonight.

Ruby and her All-Star Paul are the next dancers to hit the So You Think You Can Dance stage, and they perform a beautiful Argentine Tango for the audience.

After announcing all of the judges’ favorite performances of the season, it’s time for host Cat Deeley to get to pick her favorite of the season. Cat calls out the All-Star dancers, and for Cat’s choice dance, they perform “Feathery” by Milky Chance.

Kida and his All-Star partner Fik-Shun take the stage next. This time around the talented duo is performing “The Buzz” by Hermitude. Of course, SYTYCD fans will remember this performance from earlier in the season, it definitely stands out because both of them are dressed as bumble bees. Before we head to another commercial break, Daniela and her All-Star partner Jonathan perform another encore for the audience.

Now it’s time for Jason Derulo to pick his next favorite performance of the season. He announces that he has selected Tahani and her All-Star partner Comfort. They take the stage and dance to “I’m Going Down” by Rose Royce.

It’s time for some more results. Tate, Kida, and JT are the final three. According to America’s votes, Tate is in third place, that means that the final two Next Generation dancers are Kida and JT. Before Tate officially leaves the competition, we get to see a beautiful montage of her performances this season. After Tate’s goodbyes, she performs one last Hip-Hop routine with fellow finalist Kida.

It’s finally the moment that we have all been waiting for. It’s time for the SYTYCD judges to crown the Next Generation winner based on America’s votes.

Cat Deeley opens the envelope and reveals that this season’s winner, and the winner of a quarter of a million dollars, is KIDA!!!