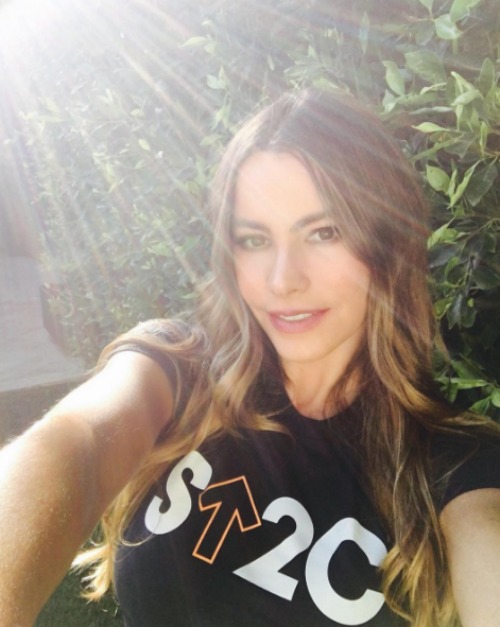 Sofia Vergara’s appearance has fans wondering if the actress has gone under the knife and had plastic surgery or cosmetic procedures. The ‘Modern Family’ star was recently spotted looking both pouty and plumped after leaving a Beverly Hills medical building and once again fueling Sofia Vergara plastic surgery rumors.

Sofia Vergara has never been shy about wanting to improve her looks and keep up her appearance, especially with the younger Hollywood crowd. That’s probably the reason why Sofia Vergara was spotted leaving Dr. Ourian’s Beverly Hills Epione office recently looking flawless, if not a little different in the face.

According to the Daily Mail, Dr. Ourian is a well-known Hollywood cosmetic professional who has worked with the likes of Kim Kardashian and Khloe Kardashian along with a number of celebrities and reality television stars in the past. In fact, Dr. Ourian is also believed to have worked on Kylie Jenner’s plumped lips in the past too, even after the 18-year-old denied having any surgical procedures done on her face.

Yet, in comparison to the Kardashian and Jenner families, Sofia Vergara isn’t one to deny any plastic surgery or work done to her body. Even though her husband Joe Manganiello is completely against plastic surgery, Sofia Vergara admitted in InStyle magazine that she has no reservations when it comes to enhancing or even improving her looks, especially as she continues to age.

She said, “If it makes you happier and more confident, then why not? But I also think you have to do your research, so you know what to expect—that you’ll look fresher but not necessarily younger. I don’t want to age, but hey, what can you do? It’s a natural process. I’m trying to do it gracefully.”

If that weren’t enough, 44-year-old Sofia Vergara knows that the only way her career can survive in Hollywood is if she can look just as fresh-faced and beautiful as her younger counterparts. But knowing how much confidence Sofia Vergara has in both her looks and her body, she’ll surely be able to find movie and television work for years to come. Unlike the Kardashians, Sofia Vergara manages to look and feel natural even when she’s not trying.

Tell us CDL readers, do you think Sofia Vergara’s plastic surgery is taking a toll on her looks? Or has Sofia Vergara managed to still look natural in comparison to other Hollywood actresses and celebrities who are youth-obsessed? Drop us a line in our comments section below and don’t forget to check back with CDL for all the latest news on Sofia Vergara and all of your favorite celebrities right here.