BY Cristie Geroux on November 16, 2016 | Comments: one comment
Related : Sons of Anarchy, Television 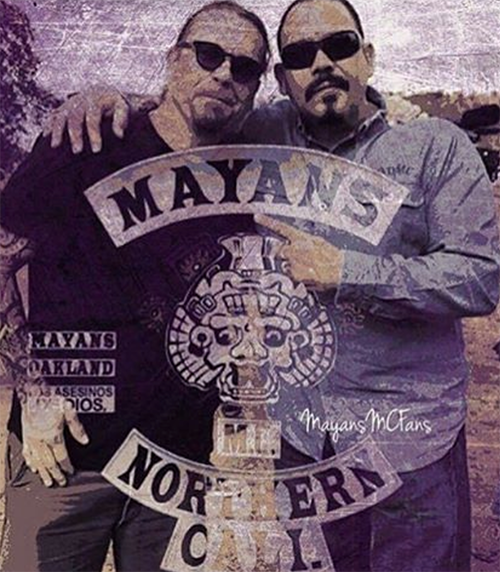 Sons of Anarchy (SOA) fans were highly addicted to the show and super passionate about the main characters. It was probably one of the most talked about shows in television history. After a few years of speculation and hope, we are happy to reveal that the SOA spin-off about the Mayan Motorcycle Club is officially happening; the FX network has given the go ahead to Kurt Sutter.

Kurt Sutter’s new series will be called Mayans MC, and fans of Sons of Anarchy will remember them as sometimes friends and sometimes foes of the original motorcycle club SOA. FX announced that the buzz is true, and the show is set to air in the Fall of 2017.

Will it be before the Sons of Anarchy, and during the First 9; at the time when Jackson “Jax” Teller (Charlie Hunnam) and Harry “Opie” Winston (Ryan Hurst) were young, or will it be around the same time SOA took place? If fans know anything about Sutter, they know how much he likes to mess with people’s minds. Fans have been desperate to see Jax Teller return to his SOA glory, so Sutter posted a photo of Charlie Hunnam and Emilio Rivera together, causing fans to hope for his return.

Kurt Sutter will remain as producer but has hired Elgin James as co-creator. If you are unfamiliar with Elgin James, he is perfect for helping with the series. And not only because he was a gang-member himself and has spent time on the streets and in prison. He has also turned his life around to became an amazing filmmaker, writing and directing movies like Lowriders (2016) and Little Birds (2011), just to name a few.

Another person who will be included in Mayans MC is Emilio Rivera (Marcus Alvarez, SOA). Rivera played the President of the Mayans during SOA; but there has been no evidence of him returning to the role. It is unclear if he will be part of the show, or if he will be helping from the other side of the lens.

Either way, Kurt Sutter is a genius; he has a hugely creative mind. Sons of Anarchy fans should definitely look forward to the Fall of 2017, when Mayans MC is set to debut on the FX network. Be sure to check CDL often for updates, news and spoilers!