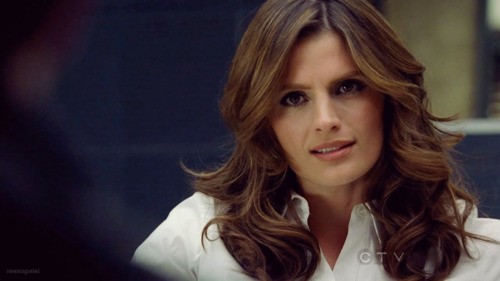 ABC’s Castle 2016 spoilers have confirmed that Kate Beckett is officially fired – OUT, and Stana Katic’s rumored exit has come to fruition. The Castle Season 8 finale is set to air on ABC on Monday, May 16, and that will be Katic’s final episode as lead character Kate Beckett.

Season 8 has been focusing on Kate Beckett and Richard Castle’s LokSat case – and spoilers indicate that during the finale everything will come to a head, and both Richard Castle and Kate Beckett’s lives are in serious danger. Does that mean Beckett will be killed off?

Castle fans are obviously reeling by the news of Stana Katic’s exit – ABC released an official press release on the shocking spoilers, and also revealed that Kate Beckett is not the only character leaving the show. Tamala Jones is also exiting, and the Season 8 finale will the final episode that we will also be seeing her character Lanie, the always entertaining medical examiner.

Here is what ABC had to say about Kate Beckett’s shocking exit, “Kate Beckett has been a beloved character on our hit series Castle for the past eight years. We are grateful for Stana Katic’s talent and dedication to the series and we hope to continue our relationship. Tamala Jones has also been an integral part of the series and we are grateful she was a part of Castle.”

Word on the internet is that Stana’s contract expired and ABC opted not to re-up because of budget reasons. Castle’s ratings haven’t been the greatest, and in order to keep the show on the air, TPTB had to cut costs. ABC seems optimistic that a revamped Season 9 without Kate and Lanie will still be successful, but fans of the drama have their doubts.

So, are you shocked that Kate Beckett is exiting Castle? How do you think Stana Katic will be written off the show, will her character be killed? Let us know what you think in the comments below an don’t forget to check CDL for all of your Castle news and recaps!