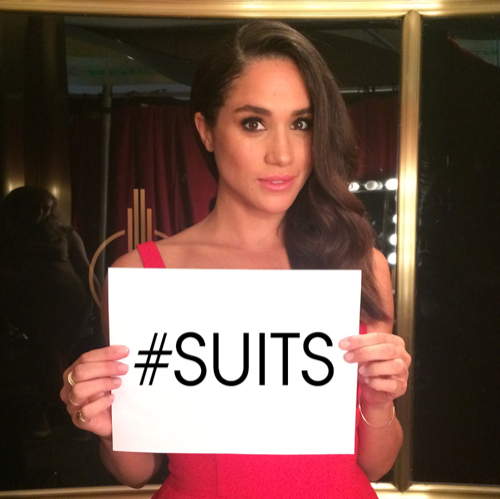 SUITS returns to the USA network tonight with an all new Wednesday, August 10, season 6 episode 5 called, “Trust,” and we’ve got your Suits recap down below! On this evening’s episode, Mike (Patrick J. Adams) tries to gain Kevin’s trust while Harvey (Gabriel Macht) enacts a risky plan

On the last episode Mike took a deal to reduce his sentence; Jessica and Louis had different ways of dealing with their new tenants; and Rachel represented a death-row inmate. Did you watch the last episode? We’ve got your detailed Suits recap right here.

On tonight’s episode per the USA synopsis “Mike tries to gain Kevin’s trust while Harvey enacts a risky plan; Jessica mends the firm’s reputation; Rachel runs into a roadblock; and Louis enlists Donna’s help in a matter of the heart.”

Tonight’s episode of Suits kicks off with Harvey, Cahill, and Mike heading back to prison. Mike has decided to take the deal from Cahill, if he gets dirt on his cellmate Kevin’s father-in-law, then he can get out of prison early. Harvey is shocked when he learns that the guy that Cahill is using Mike to put away is William Sutter.Rachel is at home, she gets a phone call from Prof. Dunbar, he has bad news. The appeal that Rachel wanted to do on Bailey is not going to go through Rachel argues that they have grounds for an appeal for 3 different reasons. Dunbar explains that in order to take it to a judge, they need untried DNA evidence. Rachel isn’t happy, her professor tells her not to stress – they will find her another case to work on.

Rachel is at home, she gets a phone call from Prof. Dunbar, he has bad news. The appeal that Rachel wanted to do on Bailey is not going to go through Rachel argues that they have grounds for an appeal for 3 different reasons. Dunbar explains that in order to take it to a judge, they need untried DNA evidence. Rachel isn’t happy, her professor tells her not to stress – they will find her another case to work on.Louis heads

The next day in his cell, Mike tries to make small talk with his roomie Kevin. Kevin won’t open up to him – Mike argues that he doesn’t know anything about him. Kevin gets standoffish, he snaps he’s not ready to tell Mike anything.Harvey shows up at William Sutter’s office. He announces that he has decided to take his case. Harvey points out that he knows William’s son-in-law is Mike’s

Harvey shows up at William Sutter’s office. He announces that he has decided to take his case. Harvey points out that he knows William’s son-in-law is Mike’s cellmate since Mike and Kevin are living in a cell together, Harvey has decided to take on his case after all.

Rachel visits Bailey in prison. She tells him that she has bad news – the organization won’t take on his case. Bailey freaks out, he screams at Rachel that she was supposed to fight for him. Rachel explains that there is nothing else that she can do. Bailey asks Rachel if she would give up on her fiancé while he is in prison like she is doing to him?

Now that Harvey is officially William Sutter’s lawyer, he heads to Cahill’s office. He tells Cahill that if he doesn’t indict William in the next 48 hours, then he is going to sue him for harassment. The DA office has been investigating him for inside trading for months now, and they need to either make a move or move on.

In prison, Harvey comes in to meet with Kevin. He explains to him that he is his new lawyer, and he is representing his father-in-law too. Before Harvey leaves, he warns Kevin that an indictment is coming down and he can’t trust anyone in prison.

Mike is still pacifying Gallo, and filing motions to try to get him out of prison earlier. There is a problem with the paperwork and Gallo gives Mike his cellphone to take care of it. Kevin comes back from his meeting with Harvey and sees Mike talking to Gallo. He’s upset – Mike tries to explain that he isn’t “all buddy buddy” with Gallo, he’s just trying to keep him happy. Meanwhile, Kevin is starting to distrust Mike, he heard through the grapevine that Mike was outside of prison and he wasn’t really in the infirmary the night before.

Louis is still searching for vacation houses online. Harvey pays him a visit. Harvey needs his help, Cahill put through a motion to suspend William Sutter’s trading license. Louis argues that there is no way to stop it. Harvey doesn’t want to hear it, he says Mike’s freedom is on the line, and he tells Louis that “no” is not the answer.

Mike calls Harvey and tells him that there was a problem with Gallo’s paperwork. Apparently, the lawyer that files for his parole hearing has to be the lawyer that represented him before…and that would be Harvey. Harvey puts Rachel on the job and tells her to take care of the paperwork.

After work, Rachel heads to Prof. Dunbar’s office. She tells him about her meeting with Bailey. She doesn’t want to let Bailey rot on death row. Rachel doesn’t want another case – she wants this case. Rachel announces that she is going to get her funding, and have the lawyers at her firm oversee it as a pro-bono case.

Louis finds a loop-hole for Harvey’s Sutter case, but it’s easier said than done. They are going to need to find a trader association willing to bankroll, Sutter. Harvey plans on enlisting the help of the traders that they rented their office space out to. Meanwhile, Rachel approaches Jessica and asks her for help with the Bailey case. Jessica informs Rachel that she has bigger problems to deal with than a pro-bono death row case.

Mike gets a meeting with the prison warden – he warns Mike that these kind of deals that he is trying to maneuver don’t always turn out well. He basically tells Mike that he is making a huge mistake. The warden reluctantly agrees to help Mike convince Kevin that he left the prison and went to the hospital. The warden wakes Kevin up in the middle of the night and demands to know what he knows about Mike going to the hospital.

Jessica is now officially the stock trader’s lawyer. She takes a proposition to Stu, a written up proposal to bankroll Sutter’s trades while his license is being suspended. Jessica reassures him that it is a good business proposition, and he will make a lot of money off from it.

Harvey heads to court with Sutter. Harvey gives Sutter a paper to sign saying that all of his trades will go through Stu’s investment group. The judge arrives, Harvey announces that Sutter is no longer trading through his license. Cahill tries to get Stu’s license suspended too, but the judge isn’t having it. It looks like Harvey has won this battle.

After court, Harvey heads to the prison to meet with Gallo. He explains to him that he is his lawyer again, he is the only one that can file the motions in person to get Gallo a parole hearing. Harvey tells Gallo that until the papers go through, then he owes Harvey a favor, and he has to protect Mike.

Mike heads back to his cell, Kevin tries to talk to him about their argument. Kevin explains that he hasn’t told anyone anything about his case, it’s nothing personal. He finally confesses to Mike that he got into a fight with his wife. It was bad, then he went out and got drunk, then he drove drunk and was in an accident and almost killed someone. Kevin sheds a few tears and cries that he made one stupid mistake and now he isn’t going to be able to see his wife and kids for 3 years.

Tonight’s episode ends with Jessica cornering Rachel. She announces that she had a change of heart, she is going to take on Bailey’s pro-bono case. She thinks it will be good for publicity – since no one wants to hire them.

Harvey returns to his office to find Cahill waiting for him – he is NOT happy with Harvey. Harvey laughs that Cahill can’t get mad at him because he is working too hard to defend his client. They laugh it off and have a drink together, they cheer to the indictments that are coming down in the morning.