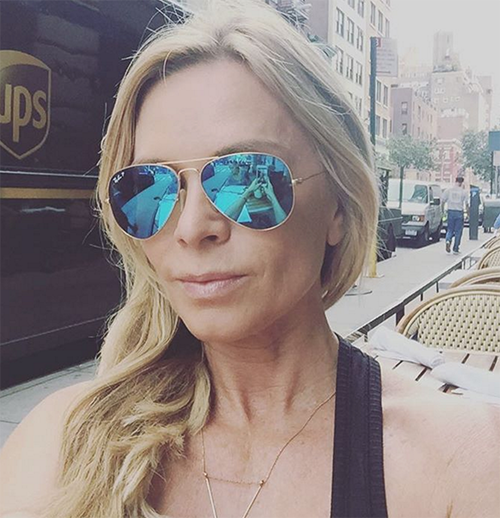 Tamra Barney continues to fuel her feud with her estranged daughter Sidney Barney. Even though Sidney Barney doesn’t want Tamra Barney to talk about their strained relationship to the media, the ‘Real Housewives of Orange County’ has once again dished about their problems in yet another interview.

Tamra Barney revealed that Sidney Barney is still siding and living with her father and that nothing has changed between them. What’s more, Tamra Barney has also teamed up with film producers to create a documentary called ‘Erasing Family,’ which focuses on how custody battles can tear families apart.

Clearly, Tamra Barney is more concerned about making headlines and keeping her name in the tabloid media than her own daughter’s feelings. Tamra Barney knows that the only way she’ll remain a reality television star is if she dishes the dirt about her personal life and family drama. After all, Tamra Barney wouldn’t be the Bravo celebrity she is today if it weren’t for all the drama she’s created both on the show and at home.

Tamra Barney’s recent interview further indicates that her fame is more important to her than her family. That’s why she keeps talking about her custody battle. What Tamra Barney doesn’t realize though is that the more she talks about her Sidney Barney problems, the less chance the teen will ever want to speak with her again.

Watch out for this crew 🙉🙊🐵🙊 @juliusmichael1 taking us shopping