Tara Wallace Not Sorry For Affair With Peter Gunz, Still Trying To Steal Rapper Back From Amina Buddafly? 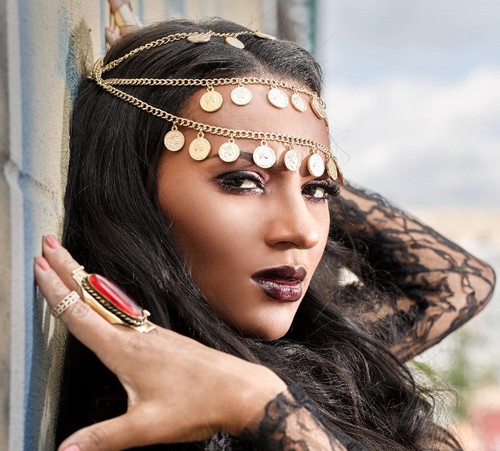 Tara Wallace isn’t going to pretend that she’s sorry for trying to steal Peter Gunz back from Amina Buddafly. The mother of two of Peter’s children obviously feels like she was there first despite his marriage to Amina. Just how far is Wallace willing to go to break up Gunz and his wife Amina?

It’s looking like the love triangle between Tara Wallace, Peter Gunz and Amina Buddafly couldn’t be any messier. Tara posted a sultry picture of herself on Instagram and in the caption, the defiant side-chick insisted she is, “So excited abt all the new wonderful things in my life right now. In this tumultuous time comes beautiful things. I am unapologetic about my life.”

Wallace has made it clear that she is not sorry at all for trying constantly to steal Peter Gunz back from his wife Amina Buddafly. Despite Love & Hip Hop teasing that Amina was pregnant, Wetpaint reported that she terminated her pregnancy when Peter’s affair with Tara resurfaced.

Now stories that Tara also is pregnant with Peter’s child have resurfaced, making their love triangle possibly one of the most dysfunctional on television. Do you think the “beautiful things” Tara Wallace wrote about is a not-so-subtle hint that she’s carrying another Gunz baby?

Based on Tara’s desperate bids to keep jumping back in bed with Peter Gunz, it’s not impossible for Tara Wallace to be pregnant.

If Tara really is pregnant, Amina Buddafly must really be mad at her philandering husband. Peter Gunz has a reputation for cheating on pretty much every woman he’s ever dated. Amina knows this and despite admitting to several slip ups with Tara, she still hasn’t given her rapper hubby the boot for good.

Wallace got upset back in March after comments that she and Amina were “Sister Wives” and that Peter was treating the women like both were his wives. Apparently she doesn’t like the idea of sharing Peter with Amina but it looks like she’s taking what she can get.

This is easily the most dramatic storyline for Peter, Amina and Tara in their constant love triangle struggles. Some of the recent speculation about the LHHNY lovers has been so outlandish that it’s starting to look contrived to keep the VH1 paychecks coming.

So excited abt all the new wonderful things in my life right now. In this tumultuous time comes beautiful things. I am unapologetic about my life, 😘! #myjourney #authorlife📖 Styled by @looksbylunden Makeup @iamjamalscott Hair @itsbeyonca Jewelry @dionnemichelles