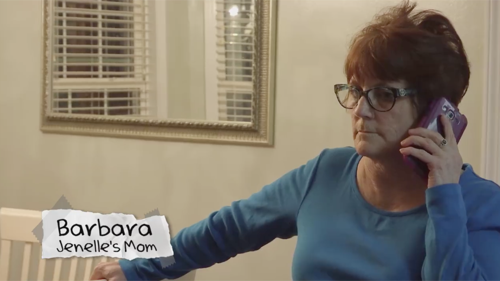 Tonight on MTV their series Teen Mom 2 continues with an all new Monday, June 6, season 7 episode 12 called “Gone Fishing” and we have your weekly recap below. On tonight’s episode, in the Season 7 finale, Jenelle’s fun day with her sons is ruined by an emotional meltdown over Barb.

On the last episode, Jenelle’s medical problems lead to a fight with Barbara; Leah and Miranda made up; Aubree asked a big question of Adam. Did you watch the last episode? If you missed it, we have a full and detailed recap right here for you.

On tonight’s episode as per the MTV synopsis, “in the Season 7 finale, Jenelle’s fun day with her sons is ruined by an emotional meltdown over Barb; Kailyn and Javi’s marriage teeters on divorce; and Chelsea marks milestones with Aubree.”

It sounds like Teen Mom 2’s season 7 finale is going to be awesome. What kind of crazy drama are you expecting to see in this finale episode? What has been most exciting so far in Teen Mom 2 season 7? Sound off in the comments down below and let us know! Don’t forget to check CDL for our live recap of Teen Mom 2 at 10 PM ET!

On the season finale of Teen Mom 2 David, Janelle and the kids are heading out for a trip on the boat. When they get to the boat they realize that they don’t have all of the supplies they need. While David calls his friend to bring him what he needs Kaiser is acting out and throwing a major temper tantrum. Janelle starts freaking out. David says “He won’t stop screaming until you give him what he wants. He’s exactly like his dad.”

Leah is talking with her friend and tells her “Corey and I got our new custody order. We now both have joint custody.” She tells her “Corey’s lawyer was trying to tell him that West Virginia doesn’t recognize joint custody, but that’s not the case.” As the two continue to talk Leah tells her “I have been out of treatment for a year, I want to have a barbecue to celebrate and invite everyone since we are all getting along.” Her friend reminds her about her.

Chelsea’s friend Brittini comes over to visit. She asks Chelsea “Have you heard from your ex?” Chelsea says “No. I heard from his lawyer and she came up with a number that was similar to the number that the referee did so she advised him not to go to court because it would be a waste of time.” Chelsea also tells her “He has been all over social media commenting about how I need the money. It’s not my fault that he is making enough money to pay it but he is wasting it.”

Kailyn is talking to Javi about her trip to New York. She tells him “When you joined the military it was all about where your career was going to take us, but once I graduate it will also be about me and my career.” As they continue talking Javi tells her “From the marriage standpoint I just want to feel more appreciated and like I matter.” Kailyn reminds him of how bad things were before he left and Javi tells her “I want us to work and I want to be better. We can’t just go back to the way things were.”

Janelle, David and the kids are out fishing on the boat. Later they are joined by Janelle’s friends Amanda and JD. David asks if she has talked to her mom and Janelle says “No.” No sooner had she spoken than her phone rang and Barb asks Janelle to bring her home by six. Janelle says “We may not have him there exactly by six but we’ll do our best.”

David says “I should text her and see if she can meet us.” Janelle is skeptical that her mother will do that and says “You can text her and ask, but I am pretty sure she will say no.” David sends the text and reads Barb’s reply which is “Can’t meet you today.”

Leah calls her friend Kayla and tells her that Jeremy is in a new relationship with a girl that he had dated just after they divorced. Kayla asks her “How do you feel about it?” Leah says “As long as he’s happy I am happy for him. I don’t want to cause the same kind of conflict that existed between me and Miranda.” When Jeremy comes to pick up Adalynn he has Brooke with him and the two women officially meet for the first time. Kayla asks her “How’d it go?” Leah says “I don’t know. I think it went well. Maybe we can all sit down and have a talk if they become more serious.”

Kailyn and Jo take Lincoln and Isaac out to play. Vee is also there and everyone is having a good time. After they play they sit down to eat. Kailyn asks Lincoln “Do you like it when we’re all together?” Lincoln says “Yes.” Isaac says “When we’re all together it’s fun.”

On the day of Leah’s barbecue she receives a text from Jeremy saying that he had to leave to go deal with his girlfriends daughter. They have left Addie with Jeremy’s mom. Leahh says “Now I have to figure out a way to get Addie from his mom.” Her sister tells her “Why don’t you text her and tell her your sister is coming to pick her up?”

Janelle and David are heading back to drop off David’s daughter. Barb is pressuring Janelle to get Jace back immediately. David tells Janelle “Text her and tell her she can either meet us halfway or come all the way out to the house.” Janelle tells her son “Meme is pressuring us to take you back.” Jace says “I can always stay here with you right?” Janelle starts to cry and tells him “I wish it were that easy, but a long time ago, when you were a baby the judge said you had to stay with Meme because I didn’t have a house for you. Now I have to take her back to court so you can stay with me. I wanted to wait until you were old enough to understand before I had this talk with you.”

Chelsea and Cole finally receive Cole’s wedding ring in the mail. They are both so excited. Cole says “Can I wear it?” They try it on and it fits perfectly.

Kailyn and Javi are fighting because Kailyn isn’t sure she wants to have anymore children. Her friend comes to visit her. She tells her “Before Javi left we wanted to have another baby. I realized after he left that I am basically a single mom since he left, and five months after he comes home I graduate. I just don’t want to have another kid right now because I want to focus on my career.” They continue talking and she asks Kailyn “Have you two thrown the D word out there yet?” Kailyn says “No, and I honestly don’t want that. At the same time I have to think about my kids. I think I would rather them see me happy and alone than miserable and in a relationship.”

Maddy brings Adalynn home. Leah is talking to her parents and she tells them “I wanted to have the barbecue to celebrate getting the custody order and the fact that it was 50/50.”

Her dad says “That’s how it should’ve been all along.” Leah helps the girls make smores and tells them how much she loves them.

Barb calls and tells Janelle “Bring Jace home.” Janelle says “I am taking him to Leland and you can come get him.” Barb says “I am not coming out to your house to get him.” The two engage in a heated argument. Janelle says “Tell me why I can’t have my son?” Barb tells her “You are not stable enough to have your son.” Janelle says “How am I not stable? I have had the same home for the last six months.”

The argument continues and David says “He needs to be in a more stable environment.” Barb tells Janelle “This is between me and you, not me, you and David.” Eventually Janelle tells her “We will be waiting for you at the gas station in Leland.” Barb says “Fine but it will be a long time before he comes to your house again.”

Chelsea and Cole are talking. Adam’s parents come to drop Aubree off. Chelsea tells Aubree “When we get married Cole will wear a ring. Do you want to see it?” Aubree says “Yes!” They show her the ring and she is very excited.

Kailyn calls the boys so that they can Face Time with Javi. Isaac says “Lincoln was being very bad today.” The two boys start arguing and Javi says “Lincoln let me talk to Isaac for a minute.” The boys can’t seem to agree so Kailyn sends them upstairs. Kailyn and Javi argue and she says “You don’t want to be with me because I don’t want to have more kids?” Javi says “That’s part of it.” Javi says “If you’re not going to change your mind then there is nothing left to say.”

Kailyn is upset and says “What happens if you get deployed again and I am stuck at home with three kids? I’m graduating soon and I want to get a full time job.” Javi tells her “I think it would just be best for us to divorce. I’m sure you can get things started there.” Kailyn looks devastated.