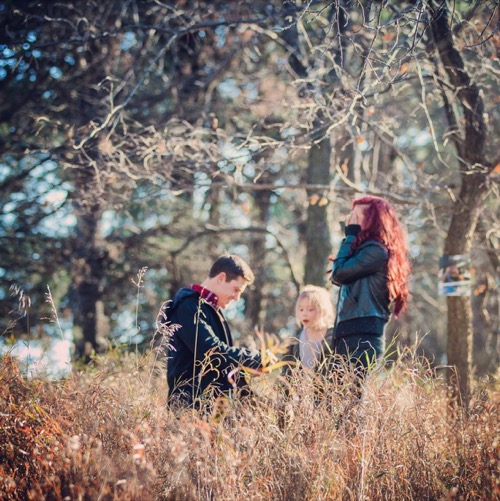 Tonight on MTV their series Teen Mom 2 continues with an all new Monday April 18, season 7 episode 5 called “Hindsight” and we have your weekly recap below. On tonight’s episode, Leah considers reuniting with Jeremy; Isaac struggles with Javi’s impending deployment.

On the last episode, Kailyn and Javi received  bad news; Leah blamed Corey for confusing the girls; Barb was worried about Jenelle’s new boyfriend; Chelsea and Cole took a major step. Did you watch the last episode? If you missed it, we have a full and detailed recap right here for you.

On tonight’s episode as per the MTV synopsis, “Leah considers reuniting with Jeremy; Isaac struggles with Javi’s impending deployment; Jenelle’s birthday trip to New York is ruined by Nathan; Chelsea and Cole celebrate their engagement; and Aubree has sad news about Adam.”

Tonight’s episode of Teen Mom 2 kicks off with Chelsea and her boyfriend Cole spending the day together – they have a romantic picnic together, Aubree is with her Grandma. Chelsea jokes that it is their engagement moon, a pre wedding honeymoon. They talk about what their lives are going to be like after they are finally married.

At Javi and Kailyn’s house, Javi is getting ready to leave for deployment. He reassures her that this time he will have WIFI, and they will be able to talk more. Kailyn is going to call Joe and see if she can keep their son Isaac this week so that Javi can spend time with him before he leaves.

Jenelle takes Kaiser with her to meet up with her mom and Jace at a restaurant for dinner. Jenelle tells Barbara that she is going out of town to New York for her birthday with her new boyfriend David. They talk about her custody battle with Nathan. Apparently, the Nathan’s lawyer will drop the assault charge if Jenelle signs a visitation agreement with Nathan. Jenelle doesn’t want to do it though – she feels like she is using Kaiser to get herself out of trouble.

Leah meets up with Jeremy to pick up Addy, she cries that she doesn’t want to leave her Dad. Jeremy asks Leah if she will meet up with him later so that they can talk about some stuff. She wants to know what he wants to talk about – but Jeremy is mysterious and won’t tell her.

At Kailyn’s house she calls Joe and tells him that javi is leaving and she wants to keep Isaac a few extra days. Joe reluctantly agrees to miss out on his days with his son so that Javi can spend time with him. Joe tells his girlfriend “V” about Javi’s deployment. He is worried about Isaac, he hates that he is being brought up in a military family and doesn’t have stability.

Chelsea and Cole are still on their mini vacation together, they check in to a hotel and video chat with Aubree and Chelsea’s mom. Back at Chelsea’s mom’s house it is still winter. Aubree is excited for her mom and Cole’s wedding. Aubree says Cole plays games with her like a real dad, and complains that her dad Adam doesn’t play any gams with her.

Nathan meets up with one of his friends – he tells him all about Jessie’s court date. Jenelle is being charged with assault and battery for throwing a cup of water at Nathan’s new girlfriend. Nathan and his girlfriend Jessie are taking it to trial because he is sick of her getting away with everything.

At Corey’s house, he has the twins, Miranda is still in the hospital with the new baby Remy because she was born premature. Meanwhile, Leah is filling her friend in on Jeremy flirting with her – Leah gets emotional and starts crying when she talks about Jeremy and how much she respects him for not trying to take Addy away from her like Corey is taking the twins away from her.

Despite the fact that Javi is leaving, Kailyn is still taking a full course load at college. While she is at class, Javi spends some 1-on-1 time with Isaac he gives him a speech about being the man of the house and being good for his mom while Javi is away. Isaac gets teary-eyed and tells Javi that he is going to miss him while he is deployed.

Leah is throwing a big birthday party for the twins’ 6th birthday – she invited Jeremy to come but he couldn’t make it because he had to work. At the party, Leah fills one of her friends in on her custody battle with Corey, he got the twins from Monday-Friday, but Leah is fighting it in court and has filed a motion to reconsider.

Jenelle is in NYC with her boyfriend David and a few of their friends. She opens presents at the hotel room and then they head out bar-hopping. The next day Jenelle gets upset because she gets text messages from a friend back home about Nathan. Apparently, he is running around and telling everyone that Jenelle is keeping Kaiser from him and won’t let him see his son on Christmas. Jenelle rants that he is sick of Nathan pretending that he cares about his son.

Chelsea is getting ready to go pick Aubree up from her mom’s house – but Chelsea is an emotional mess. Her mom called her after Aubree went to bed and told her all about how Aubree was sad because Adam never plays with her. Chelsea starts sobbing about how sad she is for her daughter that Adam doesn’t spend time with her. Chelsea wishes that Adam would be gone completely and just leave them alone. She would rather have Aubree not see her dad at all, rather than feel like when he does see her he doesn’t love her.

Jenelle and David are still in NYC, after a rough night of anxiety attacks, Jenelle wakes up feeling refreshed. Barbara and Jace call Jenelle and sing “Happy Birthday” to her. After they hang up, Jenelle tells David that she is going to be the bigger person and call her lawyer, she is going to agree to let Nathan see Kaiser if his girlfriend drops the charges against her.

Leah meets up with Jeremy at a restaurant for dinner so that they can talk. Leah jokes with the waiter that he is serving an ex-husband and an ex-wife drinks. After a few drinks, Leah gets emotional and starts talking about how much she wishes they had stayed together while she was in treatment. Leah starts crying over her pasta, because Jeremy doesn’t seem to regret their divorce as much as she does.