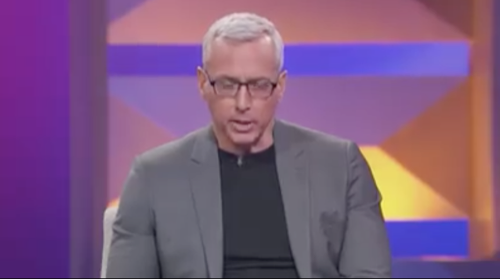 Tonight on MTV their series Teen Mom 2 continues with an all new Monday, June 20, season 7 episode 14 called “Check Up With Dr. Drew, Part 2” and we have your weekly Teen Mom 2 recap below. On tonight’s episode, Dr. Drew Pinsky meets with the cast to discuss their experiences during the season in the end of a two-part episode.

On the last episode, Part 1 of 2. Dr. Drew Pinsky met with the cast to discuss their experiences during the season. Did you watch the last episode? If you missed it, we have a full and detailed Teen Mom 2 recap right here for you.

On tonight’s episode as per the MTV synopsis, “Dr. Drew Pinsky continues his meet with the entire cast of Teen Mom 2 and discuss more events that took place throughout this season.”

It sounds like Teen Mom 2’s special episode this evening is going to be an awesome show. What kind of crazy drama are you expecting to see in this evening’s episode? What has been most exciting so far in Teen Mom 2?  Sound off in the comments down below and let us know! Don’t forget to check CDL for our live Teen Mom 2 recap at 9 PM ET!

On part two of the Teen Mom 2 season finale Dr. Drew starts off talking to Kailyn, He asks her about her miscarriage and she tells him “It was hard because Javi blamed me.” Dr. Drew tells her “I feel like the D word is on the tip of your tongue.” Kailyn says “It is really hard to be married on TV.” Dr. Drew asks her if she is worried about Isaac because he is so attatchecd to Javi. Kailyn says “Yes. I don’t want him to have multiple stepfathers in his life, but I also don’t want to stay in an unhappy relationship,” When they return they are joined via satellite by Javi. He talks about the miscarriage. He says “I don’t really blame her. I know that it wasn’t her fault or my fault and I apologize to her.” Dr. Drew asks her “Do you accept that apology.?” Kailyn says yes. Dr, Drew asks Javi “Do you want a divorce?” Javi says “No, we have built our family and I don’t want to break us up.” Dr. Drew asks Javi about supporting Kailyn’s career. Javi says “I would love to support her career.” Kailyn says “He told me that if I didn’t have another child right away then our marriage was over.”

Javi breaks in and says “She told me that she didn’t want to have any more kids at all.” Kailyn says “I want a third child, but I just don’t think we are in the position to do that right now.” Dr. Drew says “Whatever decisions you guys make will deeply affect Isaac.” Javi says “I know and I don’t want to leave him. He’s my best friend.” Dr. Drew gets a commitment from the two of them to continue to talk and try to work on their marriage.

When they return from break Jo has joined Kailyn on stage, Jo says that he is worried that Isaac will be devastated if things don’t work out between Javi and Kailyn don’t work out. Dr. Drew asks about his relationship with Javi. Jo says “Our relationship is non existant.” He also says “I would love to have a relationship with Javi the way Kailyn and Vee do, but I don’t think it is possible.” Dr. Drew asks about Jo’s new daughter and he tells him “She’s doing great. She is actually at the stage where she is big enough to move around and grab things.” Dr Drew asks “Is Isaac being a good big brother?” Jo says “Yes, he loves playing with his sister.”

Dr. Drew also talks to Jo about the fact that he and Vee have gotten engaged. Jo confirms the news. Dr. Drew asks “Is Kailyn involved in the wedding planning?” Jo laughs and says “No I am barely involved.” Kailyn says “I just want to be invited. Happy wife, Happy life.”

After the break Adam joins them on stage. Adam is billiigerant and tells Dr, Drew “I’n not going to give you guys what you want. I am obligated to be here so I am here. I don’t want to do this anymore. I don’t want this life anymore.” Dr. Drew says “I believe you can go to the producers to get out of the show.” Dr. Drew asks Chelsea how she feels about Adam being done. She says “I don’t care.” They bring out Larry, one of the producers of the show. Larry tells him “I never told him that he had to come out here. I told him that he should honor his commitment.” Dr, Drew asks “Is it a money issue?” Adam says “It could be, but I am not going to discuss this at all.” Dr. Drew asks Chelsea “Does his not doing the show anymore affect you in any way?” Chelsea says “No.” He also asks her if it is about money for her. Chelsea says “No. I like know

ing that I have made a difference in young girls lives.” Dr, Drew comments on Chelsea’s body language whenever Adam is around. He tells her “You tend to move away.” Chelsea says “I just find him really annoying.” When they return Randy has joined them on stage. Dr. Drew asks Randy about Adam. He says “He is still the same as he always was.” Dr. Drew asks Randy whether or not he thought they would end up here. Randy says “I knew she would succeed.” Dr. Drew asks “Do you still confide in your dad or does Cole hear more about it?” Chelsea says “I talk to Cole because he is there, but I still go to my dad for advice.” Dr. Drew says “Do you think that Adam has changed?” Chelsea says “He has changed a little bit, but he is still neglectful of his daughter.” Dr, Drew asks if Aubree asks about Adam at home. Chelsea says “She doesn’t really ask about him because she has Cole and he has helped provide her with a stable family unit.” Dr. Drew asks Chelsea how she deals with Adam not being there. Chelsea says “I am a bit more honest with her now that she is older. I don’t think it is ok to lie to kids and sugar coat things when parents are consistently not there.”

When they come back All of the moms and kids are on stage except Isaac, Lincoln and Aubree who are there via video chat. Lincoln knocks over the Ipad. Jace is excited to see Aubree and when he is instructed to say hi, he acts all shy. Lincoln won’t speak. He simply stands in front of the camera. Aubree tells Lincoln “You are being a weirdo.” Dr. Drew asks Jace what he is doing this summer. Jace tells him “We are going to France.” Dr. Drew asks Addy “What do you like to do?” She says “Football.” Leah says “She likes football and motorcycles.” Dr. Drew asks Chelsea “Do you have a relationship with Paisley?” Chelsea says “Not really. I see her at certain times. Aubree loves her and always carries her around. It worries me because she is so rough, but Paisley loves her.”