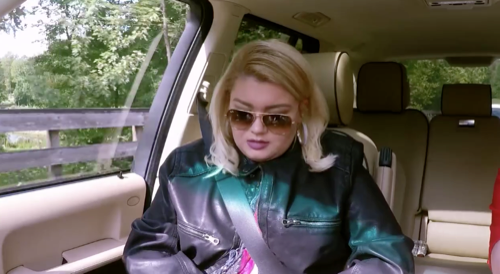 Tonight on MTV Teen Mom OG returns with an all-new Monday, November 28, 2016, episode and we have your Teen Mom OG recap below. On tonight’s Teen Mom OG Season 3 Episode 15 finale, Farrah Abraham and her mom try to work through their differences after an encounter with Debra’s boyfriend.

On last week’s Teen Mom OG episode, Gary asked Amber for help with Leah when Kristina had a family emergency; Maci gotsto know Ryan’s new girlfriend and Catelynn and Tyler were not ready to move into their new home. Did you watch the episode?  If you missed it we have a full and detailed Teen Mom OG recap from last week, right here!

On tonight’s episode of Teen Mom OG as per the MTV synopsis, “In the season finale, Amber undergoes plastic surgery in order to relieve her depression and negative self-image issues. Meanwhile Amber is heading to the hospital for her mommy makeover! How much do the Teen Moms & their significant others agree (or disagree!) on important topics?”

#TeenMomOG starts with Maci packing for her wedding. Jaala the producer asks her if they’re ready. Taylor says let’s go get married. They pack the kids up and head for Florida. Maci says she can’t believe it’s here. Bentley says Taylor is lucky to be marrying her.

Farrah talks about her and her mom going to therapy. Simon talks to Debra about them going to see Dr. Jen. Debra says both her and Farrah respect her and Simon says he thinks Farrah should respect her time more and says she’s been there a lot helping her.

Debra says she likes that Farrah has high expectations but needs balance. Simon says he knows that. Debra says her boyfriend is a doctor who’s extremely smart and patient and she hopes he gets to meet him soon. Debra says she wants them all happy together.

Amber and Matt spend time with Leah before Amber has her surgery. She’s getting a lift and breast implants and liposuction. Leah complains about how it takes a long time to get from their house to her dad’s house. Amber says they live in a nice neighborhood.

Matt tells the producer they’re shooting the cover of his book tomorrow. He says he doesn’t like people interjecting in their life. Matt and Amber laugh and she says she’s getting jealous of all the attention he’s getting.

Catelynn and Tyler are also packing for Maci’s wedding. Butch is 90 days away from getting off parole and they talk about that. Later, they call Butch who is at work and they nag him about calling his parole officer as required. He says he’ll call now.

Tyler gets a call while they’re packing to leave for the wedding. He’s cursing and upset and comes back inside and says Butch is in jail. He says he missed his parole meeting. He says his dad called and says they booked him for violating it.

Tyler is upset and says he doesn’t know what it means. Back to Farrah she and Simon meet Debra’s boyfriend David. Farrah asks how they met and David says online. Simon says he brings out the best in Debra but David says she’s always the best.

He says he watches Teen Mom and doesn’t like how he’s seen her beaten up. David says he’s seen a lot of negative things. Farrah says she’s not in control of negativity and David says she is when she says it. David asks her to pause and thinks about how much her mom loves her.

Farrah gets a reality check

David says he’s just being honest. Farrah says be honest. David brings up the engagement ring and says that’s for a couple to choose and not for one person to pick out. Farrah says she and Simon are just friends then she starts crying and goes to leave.

David says he’s sorry and hugs her and says he knows she’s a great person. Farrah says don’t try to change me. He hugs her too long. It’s weird. Tyler tells Cate he thinks there is more to this than what Butch says. Cate says she’s not shocked but disappointed.

Cate asks if Tyler can help him get out but Tyler says there’s no bail for a parole violation. Tyler says he thinks Butch is scared of his own freedom. Tyler says that’s how dumbasses work and he’s upset about his dad.

Florida at the wedding

Maci gets ready for her wedding and al her friends are there getting hair and makeup done. Taylor sent a bracelet for her to wear and it’s a diamond tennis bracelet. Taylor gets a last-minute cut from his friend CT and his other pals are there too.

CT tells him to learn to say the word okay and shut up since he’s got a red head. Maci sends a gift over to him and it’s a spiffy gold Rolex. Another friend says he’s been loved but not loved like a Rolex. He’s ready to go get dressed.

Amber and Matt are at the photo shoot for his book cover. The photographer shoots them together and she says she wishes she had her surgery already. Matt tells her tomorrow she’ll look like the skinny tree with giant breasts.

Kerthy the producer comes over and hands her a scarf. She asks about the mommy makeover and she says it gives her curves back and it’s like contouring. She says she doesn’t want to look like Farrah but more natural. She says Matt is excited about the boobs.

Amber says she’s excited to see how she feels in clothes. She says she can’t go to Maci’s wedding and knows there will be a lot of pain the first few days. Farrah and Simon are at dinner after David and Debra left. Simon says he’s good and Farrah starts talking about Sophia.

Simon says don’t let that guy put sh*t in your head. He says she’s talking sh*t now because that guy mind f*cked her. Farrah says she doesn’t care about that and he says she’s confused because the guy brought her to tears then gave her a hug and kiss and left. Simon says he gives it two months.

She tells Matt she’s nervous but she’ll feel better about herself and will have more confidence. She says she’s doing it for herself and he promises to be there the whole time waiting. Six hours later, she is up on her feet and Amber says only her face and butt are the same.

Later, Michael, Matt’s cousin calls and Matt says she’s in bed a lot recovering. Matt says the first draft of the book is almost done. They end the call. Back at the wedding, Cate gets ready with her makeup and they talk about the wedding.

Tyler tells her to stop messing with her hair then says he wishes they could go back to their wedding. He says she looks good. At the chapel, Taylor helps Bentley get dressed and Maci gets into her gown. Sharon, her mom, gives her a strand of pearls to wear.

Maci prepares to walk the aisle

Maci hugs her mom and cries. Her mom is crying too. The bridesmaids come in and freak out over the dress. They tell her she’s the most beautiful bride she’s seen. The groom crew shows up at the chapel and everyone rides golf carts over.

Maverick is sleeping in a tiny suit. Jayde is in her mini bridal gown. Bentley holds her hand and takes his little sister down the aisle and they have sleeping Maverick in a red wagon and pull him down the aisle. Maci and her dad are ready and head down the aisle as well.

Maci’s granddad does the vows. Her dad gives both Maci and Taylor a hug then the ceremony starts. They have their own vows they read. They add Go Vols! to their vows. Her hands are shaking as she reads her vows. They are Mr. and Mrs. McKenny.

Everyone follows them out and blows bubbles on them as they get into their horse drawn carriage and Taylor pops the champagne and they take off for the reception. Matt looks at Amber’s bruises and they are up and down her arms. She’s feeling better.

Amber says when the swelling goes down, she’ll like it. He says he’ll be happy when she’s out of pain and she says she’s down to just ibuprofen. Amber says it’s hard when you don’t look the way you want to. Farrah is in Austin and shows to therapy with her mom.

Debra and Farrah meet Dr. Jen. Farrah goes off about Debra’s boyfriend David. Dr. Jen says the timing was bad and Debra agrees. Dr. Jen tells Farrah she speaks to people in a way that offends them. Farrah says yes but says she gets frustrated.

Dr. Jen says she’s taken on a lot lately and Farrah says she allows people to help her and the doctor asks if she’s paying her and says her mom is doing her a favor. She says Farrah acts entitled and they need to learn better communication skills.

Dr. Jen says she needs to work harder and it’s a do-over. She says she invites her mom to do business things because she couldn’t pull her in as a kid. Debra cries and says she’s not perfect but she loves her. Farrah is crying and also rolling her eyes.

Ryan is there for the wedding and reception and Cate and Tyler hug it out then there are photos. Ryan’s parents are there too and Larry runs for the open bar when Taylor tells him about it. Larry says Jen made his life easy.

The reception kicks off and Taylor says he has one more wedding gift for Maci. He has a video of the Josh Abbott band who’s on the road so they couldn’t come but play them a song. They dance their first song and Maci asks how he talked them into it.

Keelie, the maid of honor, makes her speech and says they’re lucky to have them in their lives. The party kicks off and Taylor treats her to a lap dance. They have a cake that’s layers of donuts. There are fireworks after. Debra leaves town but hugs Farrah before she goes.