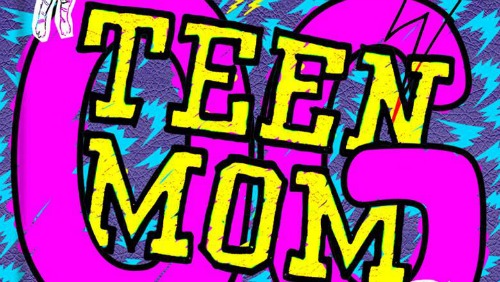 Tonight on MTV Teen Mom OG returns with an all-new Monday, October 3, 2016, episode and we have your Teen Mom OG recap below. On tonight’s Teen Mom OG Season 3 Episode 8, “Mother’s Day,”  Mathew and Amber have a huge blow out on Mother’s Day.

On last week’s episode, Maci Bookout’s daughter Jayde turned one and fretted because Ryan’s was not around for Bentley? Did you watch the episode?  If you missed it we have a full and detailed Teen Mom OG recap from last week, right here!

On tonight’s episode of Teen Mom OG as per the MTV synopsis, “Maci and Taylor welcome their third child; Gary co-parents with Amber, but there’s still tension between them.”

Amber was enjoying having her daughter Leah around more often and she did seem like she was in a good place; however, Amber had a hard time with staying in contact with Gary. Gary was Leah’s father and he was still just getting used to Leah living away from him. So Gary had needed the reassurance that if he called, then Amber would answer. But Amber was apparently not picking up when he called her house or cellphone, so he decided to give their daughter a phone. A phone would guarantee that Leah had a way of contacting him if she needed to and it also meant he could check up on her.

Maci though didn’t have such a considerate ex. What Maci had was Ryan, and it was very telling that she hadn’t considered dropping their son off with Ryan when she was talking about the day she would go into labor. Maci and Taylor were talking about what would happen if she went into labor and her son Bentley had school that day, so the names they were mentioning were her parents. Not Bentley’s father, Ryan. However, Ryan recently talked to his parents and they had wanted Ryan to become more involved with Bentley’s life. The opportunity was there and it was simply Ryan that was choosing not to take it.

Yet, out of everyone, it was Catelynn who truly got to enjoy her Mother’s Day and the surprise that came with it. Catelynn had had some problems with anxiety in the past and she was still getting help for all the things that she’s been going through, but her Mother’s Day got to be a day she enjoyed. Catelynn’s husband, Tyler, had woken her up to flowers and, later, he got to show her the real gift. Her gift had been a day out by the stables. Catelynn loves horses and just being around them made her feel calmer. Tyler had reminded her of the things she could still do and Catelynn had said that she would love to be around horses again.

Amber, on the hand, didn’t really get to enjoy her Mother’s Day like she thought she would. Amber and her family had gotten a boat and had gone out on the lake. So they were simply taking in the views and enjoying their boat ride when Amber’s fiancé, Matt, decided to give Leah an impromptu driving lesson.

Unfortunately, everyone forgot to bring their cellphones on this boat ride.

Gary had called Leah and he also tried to call Amber. But he had no luck with getting in contact with either of them and so he had no way of knowing what they were doing. Gary had grumbled about that to his wife and he had admitted down the line that he was missing Leah. Leah, though, was enjoying herself with Amber and Matt. They had that boat ride and later they had all talked about the life in front of the camera. Leah had practically grown up in front of the camera and so she was pretty used to everything, though she was still curious because of her age and she often made everyone around her laugh with things she says. And so no one had wanted that to change.

Farrah had tried to enjoy her Mother’s Day as well. Simon – and what to do about Simon – was still on her mind. Farrah was turning twenty-five and she had wanted to be happy about that, but the problems she had with Simon had cast some sort of cloud over everything and so she had wondered if they could even stay friends if they weren’t together. So Farrah has been talking about that with her friends and family trying to get some advice and usually their advice was always the same. They had thought she was better without him in her life if she wasn’t happy and they just wanted her to enjoy everything else.

Farrah did go big for her “adults only” birthday and she had enjoyed turning twenty-five at the club. While Farrah could control herself in that setting, others like Catelynn sometimes forgot about the pledge they had made to themselves fairly recently. Catelynn had just gotten back from treatment and she had told herself that she wasn’t going to smoke pot anymore. However, Catelynn did fall off the bandwagon after she had dented Tyler’s car. A joke he had made had seemingly upset her. No one had said anything about the pot until Tyler’s mom stopped by and tried to tell her son that he should be helping Catelynn stay clean.

Though, Tyler didn’t think he should “police” his wife: he said that she made decisions for her and he made decision for himself. Tyler and Catelynn appeared to be fine with that situation and the fact that Catelynn fell off the bandwagon, but everyone else in that room had been pretty uneasy. Maci finally had her baby and, with both a one-year-old and a newborn, she still managed to make it to more of Bentley’s games than Ryan could. She’s been getting more and more frustrated with Ryan’s excuses.

Though it had taken some time to reach them, Gary did get into contact with Amber and all was quickly forgiven. Gary admitted he was still getting used to everything.