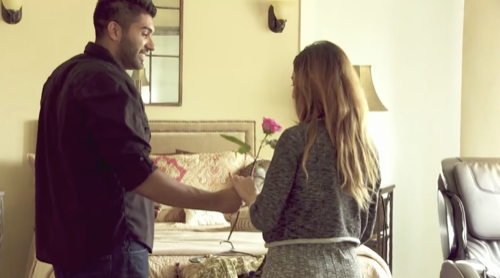 Tonight on MTV their series Teen Mom OG continues with an all new Monday February 8, season 2 episode 8 called “Honeymoon Is Over” and we have your weekly recap below. On tonight’s episode, Simon re-enters Farrah’s life; Catelynn and Tyler worry when Butch starts dating.

On the last episode, after returning from her business trip, Farrah shared a life-changing decision with her parents; Maci and Ryan celebrated Halloween as a family; and Catelynn and Tyler went to Hawaii for their honeymoon. Did you watch the last episode? If you missed it, we have a full and detailed recap right here for you.

On tonight’s episode as per the MTV synopsis, “Simon re-enters Farrah’s life; Catelynn and Tyler worry when Butch starts dating; Maci, who’s overwhelmed with life, needs Taylor to step it up; and Amber wants to take Leah on a trip.”

This week on teen mom Maci is dealing with Bentley having to get his tonsils out, taking care of two kids and helping Taylor with his t shirt company and she is feeling overwhelmed. Maci goes out to lunch with her friend Taylor and the two discuss all the issues she is dealing with. Maci says that “usually she is easygoing, but lately I can tell that I am overwhelmed.” Taylor whether Maci has talked to her boyfriend about her moods and Maci says that she will talk to him after Bentley’s surgery.

Farrah is worried about Simon’s visit. She worries about how her dad will take the visit. Her dad tells her that he likes Simon and that they have been texting back and forth. Farrah is surprised to hear this and then her worries switch over to whether or not Simon will want to marry her. Michael asks her if she is willing to do anything for him and Farrah says she would if she really loved someone.

Catelynn and Tyler are back from their honeymoon and she is talking to Apryl about the fact that Butch is dating and wants to move out. Tyler goes to talk to his brother about the situation. He worries that Butch is moving too fast with his girlfriend. Tyler worries that his dad will fail if he moves out and Tyler can’t supervise him. Tyler says that he doesn’t think it is right and he wants to set up a therapy appointment for the two of them.

Amber is talking to Gary about taking Leah to Florida with her and he seems to be hesitant to let her go. Amber asks her daughter if she wants to go and she says yeah. Amber and Matt go to dinner and talk more about the situation. Matt doesn’t believe that Gary will let her go. Amber understands that they want to take her for Christmas, but she says that ” they will have many Christmases with her.” She also tells Matt that she won’t “bend over backwards to get Gary to agree.”

On the day of Bentley’s surgery Maci is worried and she prepares him to go to the hospital. They return home later that day. Ryan’s mom and dad ask him if he went to the hospital and he tells them no. He tells his parents that they have been texting back and forth. His mom says that the reason that he won’t text her back anymore is because they always argue. Ryan’s dad tells him that he needs to step up.

Catelynn and Tyler are adjusting to the life after the honeymoon. Tyler confronts Butch about his decision to move out. Butch tells him that he doesn’t think he is moving to fast and that he “wants to live the American dream.” Tyler tells him that they should go to therapy and talk about it.

Simon arrives and Farrah is nervous. Simon goes with her to pick Sophia up from school and she seems nonchalant about seeing Simon. Farrah is excited when Simon hands her a rose.

Gary tells his friend that he doesn’t hate Matt, but he doesn’t trust him.Gary tells him that he “wants Amber to be happy and have a healthy relationship, but he worries that because Matt allegedly abandoned his own kids that he won’t abandon Leah.

Tyler and Butch go to therapy and Tyler talks about the fact that he thought his dad knew about his attempted suicide. Butch tells the therapist that he was beaten as a child and Butch confesses that although he doesn’t know who his mother is, he knows that she is the only one who loves him. The therapist tells Butch that “it is more profound not to have your mom when you are little.” He also tells Tyler that he had a good life.

Bentley recuperates quickly from his surgery so Maci talks to Taylor about needing help in the house. They decide to make a chore list as a team. Taylor asks if there is any way that they could hire out some of the jobs around the house such as laundry or hiring a nanny. Maci says no and laughs.

Farrah’s mom is leaving after being there for six weeks. Debra wants to talk to Simon and she asks him how he feels about Farrah moving to LA. Simon tells her that he is glad so that he can help her with Sophia. Debra tells him that she is worried about him because he reminds her of Michael and Simon gets a little angry. He tells her that “he has never hurt anyone physically.” Simon also tells her that “He has heard things about her being abusive and passive aggressive. “ Sophia comes into the room and tells Debra to “Stop being mean to Mommy’s boyfriend.” Debra says that she wasn’t being mean to Simon and he is quick to assure Sophia that everything is ok.”

Amber calls Gary to ask if she can take Leah to Florida for Christmas, but he doesn’t answer. Later on a horse and carriage ride Amber says that she doesn’t want Leah growing up and thinking that her parents hate each other. She also says that she wants to have two good families. She tells Matt that they need to deal with their issues so that she can learn to trust him.

Catelynn asks Tyler how therapy went and he tells her that it went great and that they are going to continue to go together. Catelynn asks Tyler whether he is ok with his dad moving out. While Tyler still expresses some concern, he also admits that part of his reasons for not wanting his dad to move out are selfish because he is finally able to have his dad around.