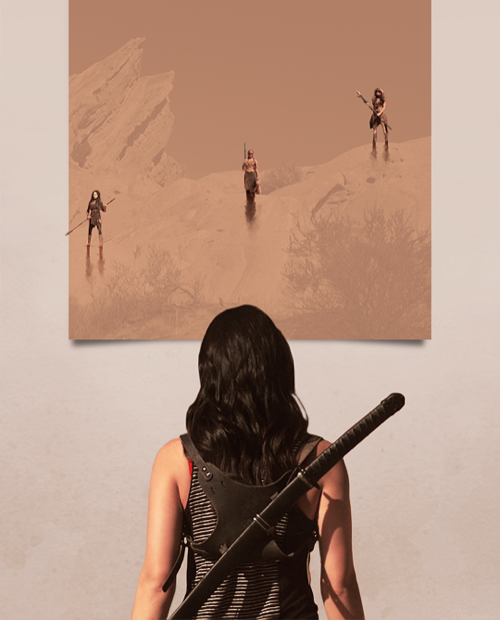 Tonight on MTV, Teen Wolf airs with an all new Tuesday  January 19 season 5 episode 13 called “Codominance,” we’ve got your recap down below! On tonight’s episode, Kira (Arden Cho) and her mom take extreme measures to help Kira deal with her dark side.

On the last episode, Scott went it alone when he confronts what the Dread Doctors’ success meant for Beacon Hills. Clark and Hayden end up getting side tracked, Scott and Paris begin to work together on an investigation, and Stiles and his dad were in the hospital. Did you watch the last episode? If you missed it, we have a full and detailed recap right here for you.

On tonight’s episode, per the MTV synopsis, “Kira and her mom take extreme measures to help Kira deal with her dark side; and Lydia is surprised at Eichen House.”

Tonight’s episode is going to be really interesting. You’re not going to want to miss even a minute of this exciting season 5 episode 13! We will be live blogging TEEN WOLF on MTV beginning at 10 PM EST. How excited are you for the upcoming episode of Teen Wolf? Who’s your favorite character so far? What will happen next? Sound off in the comments down below and let us know!

Kira fights with the skinwalkers in the desert. One of them launches a spear and pins her to a cliff. One of the skinwalkers says that Kira’s frightened – but not of them, of herself. Kira’s mother asks them if they can help her. They say that they can try – but that if they they cannot help her, then she’ll be doomed to walk with them as a skinwalker for the rest of eternity.

Back in Beacon Hills, Stiles works on his Jeep. In Scott’s house, Liam tells Scott about the chimeras. Scott says that he knows about everything. He also informs him that Hayden is alive. Liam wants to know where he’s running off to – and he tells him that he is going to save Kira. Kira’s dad informed him that she and her mother went to the desert to see if she could gain control over her dark side. But he said that it’s dangerous. Liam wants to go with them on the rescue mission, but Scott tells him no. He’s still mad that he tried to kill him (obviously). Liam wants to know what he can do to help. Scott tells him, “Nothing.”

In the driveway, Stiles has gotten the Jeep running. Stiles asks Scott if he’s going to give Liam a shot at redemption. Scott says eventually – but not yet, not right now. Stiles reminds him that if he wants to “get the band back together,” then he can’t “leave out the drummer.” Liam is Scott’s only Beta at the moment. He needs all the help he can get.

Theo and Tracy are stalking the beast in the school. As they try to find the beast in the school, they talk about the monster, allegedly the Beast of Gévaudan. Tracy asks Theo if the beast really killed over a hundred people; Theo tells her that the Docs told him that it killed more than 500. As they hunt for the monster, the Dread Docs show up. They tell Theo to leave, that he has already been given a pack. Theo gets mad; he tells them that he doesn’t have enough people in his pack and that his eyes aren’t red. The monster makes an appearance. But it doesn’t attack. Theo and Tracy are taken aback by the monster. When they look back up, the monster and the docs are gone.

Meanwhile, in the desert, Kira has been taken in by the skinwalkers. Her mother tells her that she could be in their care for months, or years. Kira is mad at this revelation. But her mother says that if she doesn’t take the time to gain control of this side of her, then the kitsune will completely overtake her and she will cease to exist.

Scott and Stiles proceed through the desert. Scott looks in a book to read more about “Damnatio Memoriae,” the phrase that’s being written all over.

Scott asks Stiles about Malia. Stiles says that she’s not talking to anyone. Scott says that he thinks she found her mother. When he went to her Malia’s house, he also thought he smelled Braeden. Scott thinks that she is going to kill her – The Desert Wolf.

Meanwhile, Lydia strolls through the halls of Eichen House. She appears to be in a trance, like always, but is being guided by Meredith. She tells her that if she’s going to learn how to use her voice as a weapon, then she’s going to have to learn how “to focus it” and channel it.

In AP Bio class, everyone works on a bio problem. Mason pairs up with Corey and Liam pairs up with Hayden. Soon, later, in the locker room, Corey asks Mason if he wants to go out again. Mason worries what people will think if he goes “out with one of the bad guys.” He says that he probably won’t go out with him – but they share a kiss. Corey says that Theo is looking for the same thing Scott’s pack is looking for: The Beast.

Meanwhile, back in the desert, Kira’s mother tells her “not to fail.” Kira straps on her sword and she walks out to begin the beginning stages of her testing.
Scott and Stiles arrive at an old gas station. They fill up a gas can with gas to fill up their empty Jeep.

Lydia finds herself in the school’s library. Their names and initials, the ones they etched into the bookshelf to commemorate their senior year, are gone. Meredith says, “Not just yours and your friends. Everyone’s.” This is a vision – and Meredith sets up a situation. Theo stands over Meredith, sprawled on a table, and claws her stomach. Lydia screams. Meredith is clearly trying to get Lydia to access her powers in new ways. Meanwhile, the orderlies in Eichen House run into her room. She’s been laying in her bed the whole time – but the guy says that he thought he heard her scream.

Kira walks through the desert. Night has fallen. She draws her sword. She fights masked figures (resembling the Oni) in the desert – and they move like ghosts in the shadows.

Scott and Stiles stand at the edge of the desert. Scott feels bad that Stiles is dealing with the guilt of having killed a man. He knows that, sooner or later, someone in the pack was going to get too much blood her hands. He just always figured it would be him.

Kira gets badly hurt by one of the figures – but she summons her kitsune and squashes him.

Meanwhile, Malia rummages through Dr. Deaton’s clinic. Theo arrives. He says that he can help her find her mother. The Dread Docs can help.

Liam sulks on the school steps. Hayden tries to persuade him why she needs to stand close to Theo: so she can “survive.” She thinks that Theo and his pack – and his promise – are her best shot. She can’t die again. She has a sister to watch over.

In the desert, the skinwalkers do their best to keep Kira, but her mother has a change of heart and says that they’ll have to get through her – “a kitsune of 900 years” – first. Soon, Stiles and Scott wheel up and tell everyone to get in. They speed off. As of now, they have escaped. Kira is thrilled that Scott came back for her.

Later, Scott wakes up on his couch after the long journey. Liam and Mason are there. Mason says that he found out something from Corey. Corey said that Theo is looking for a “blind alpha.”