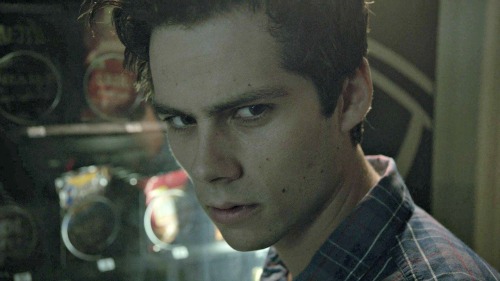 Tonight on MTV, TEEN WOLF airs with an all new Tuesday  January 12 season 5 episode 12 called “Damnatio Memoriae,” we’ve got your recap down below! On tonight’s episode, Scott (Tyler Posey) goes it alone when he starts to mend his broken pack and seeks out Malia. (Shelley Hennig)

For those of you who don’t know, The series revolves around social outcast Scott McCall, a high school student living in the town of Beacon Hills. Scott’s life drastically changes when he is bitten by a werewolf the night before sophomore year, becoming one himself. He must henceforth learn to balance his problematic new identity with his day-to-day teenage life.

On the last episode, in the Season 5 winter premiere, Scott and Stiles struggled to put aside their differences to find the cause of the sheriff’s infection before it killed him. Lidia was rushed to the hospital by Parish and Scott; Scott ends up sneaking around to find out what’s going on with Stiles’ dad. Did you watch the last episode? If you missed it, we have a full and detailed recap right here for you.

On tonight’s episode per the MTV synopsis “Scott goes it alone when he confronts what the Dread Doctors’ success means for Beacon Hills.”

Tonight’s episode is going to be really interesting. You’re not going to want to miss even a minute of this exciting season 5 episode 12! We will be live blogging TEEN WOLF on MTV beginning at 10 PM EST. How excited are you for the upcoming episode of Teen Wolf? Who’s your favorite character so far? What will happen next? Sound off in the comments down below and let us know!

Clarke is driving her sister, Hayden, to work. They stop on the road after an abandoned truck piques their suspicions. Clarke gets out of her car to go investigate. The truck is still on; she turns it off. She proceeds to check out a building just off the street. It appears to have been broken into. With her flashlight and gun in hand, she proceeds into the building and down the stairs.

Hayden waits in the car. There’s a voice that says, “Help me.” Hayden gets out of the car. Liam surprises her. He’s worried about her and sad that she didn’t tell him that she was alive.

Clarke finds a badly wounded man. His neck has been clawed. In the room, there’s a giant beast. It escapes the building and runs toward Liam and Hayden. It doesn’t get Clarke.

Hayden and Liam attempt to run away from the giant beast, but a ravine stands in their way. Hayden tells Liam to jump across the space. Instead, Liam encourages them to fall.

Liam fell the wrong way. His back appears broken. Hayden is bitter that Liam left her for dead. She eventually tells Liam that Theo “saved” her life.

Theo and the female chimera, Tracy, go to kill the girl’s father in the hospital.

Parrish and Scott check out the security footage from the building that the beast broke out of. Scott identifies it as “the last chimera.”

Scott and Parrish investigate the communications building wherein the beast killed the worker. Scott asks Parrish to remind him about his Nematon dreams. Parrish reminds him that he has seen “everyone” dead around that tree.

Scott adds info to his “clue” board. But he struggles without Stiles’s help.

Meanwhile, Stiles and his dad are in the hospital. Stiles wakes up to see his dad missing. Sheriff Stilinski is in the morgue. He stands over Donovan’s body. His dad says Theo told him the story about how he killed Donovan. His father’s mad that he felt like he couldn’t trust him. He says that he’d do anything to protect him; he’d burn down the entire Sheriff’s department to protect him. Stiles wonders aloud: What if I wanted to kill him? Sheriff S says that WANTING someone dead and committing murder are two very different things. He eventually tells him that if he can’t forgive himself for the actions he committed, then perhaps he needs to forgive someone else – someone who really needs it. “Someone like Scott,” he says aloud.

Theo goes to the club to get Josh, another chimera. He charges him with electricity.

In the house, Kayden and Malia interrogate a man for information on the Desert Wolf.

Mason and Liam discuss Theo and his new pack of chimeras. Mason asks them if all the chimeras are turning dark. Just as they contemplate this, Corey walks in, and he appears quite chipper. Mason, Liam, and Corey volunteer in the library for a cleanup party. Liam encourages Mason to find out if Corey and the chimeras are up to anything – but Corey appears to be unaffected by Theo’s control. Mason doesn’t know what to say to Corey, but, eventually, Corey asks Mason what he’s doing Saturday night.

Lydia wakes up in a damp, dark clinic room – or at least her spirit does. She sees herself laying on the bed. She walks down the hallway and opens a door. There’s a bathtub. She stares at it and, slowly, a figure dripping in black good crawls out of the tub. It appears to be a woman. The woman makes her way towards Lydia. It’s Meredith. “Don’t be afraid,” she says. Lydia screams.

Meanwhile, Clarke writes up her report about the beast – but the other officers in the department think she’s crazy. Hayden tells Theo about the beast that attacked her and Liam – and she tells him that it’s just like the beast that was in the doomsday painting he showed her. He tells her that it’s good she hasn’t told anybody else. He says that that beast is going to kill many, many people; however, it won’t kill them, not if they stick together.

Stiles goes to Scott, who’s redressing his wounds. Stiles wants to work together to solve the mystery of this new beast. Stiles shows Scott the security footage of the communications building. He tells him that two people go in, but three things come out. Nobody entered that building all day, aside for the comm technician and Clarke. Scott hypothesizes that there must be another way in.

Liam and Mason discuss what they’re going to do next on the Corey front. They can’t wait until Saturday to find out more information.

Meanwhile, Scott and Stiles are investigating the crime scene of the beast. They lift up a large metal box. There’s a entryway – created from slashing claws.

At the school, Mason and Liam realize that Corey left with Theo. Mason tells Liam that he needs to tell Scott. Liam is uncertain he can do this. But Mason says that the only thing he needs to do is apologize. Scott will understand.

In Eichen House, Meredith encourages Lydia to wake up. Meredith tells her that she needs to wake up so she can save her friends. Meredith tells Lydia that if she wakes up, she will teach her how to use her voice as a weapon.

Stiles and Scott explore the building further, but Stiles is attacked by Tracy.

Scott faces off with Tracy, and then Josh arrives. Soon, Corey and Theo come. Theo says that now they’re back on the same side, that they all have other things to worry about. Theo says that they all are going to go back to school and acts like normal teenagers – but, at night, they’re all going to be fighting for their lives.

Liam tries to find Scott, but, instead, he runs into Hayden. She asks if he really tried to kill Scott in an effort to save her life. She says, “nothing feels right, nothing except for you.” They share a kiss.

Scott and Stiles talk about the beast, and they think that the Dread Doctors didn’t “create” a new creature but resurrected one.

Mr. Argent goes to visit Gerard in the nursing home and presents him with a magical flower that cures him. Chris asks him about the Dread Doctors. He seems to know a lot – especially about the new beast. He says that it kills not for sustenance, not for revenge; it kills for no other reason than to kill. Gerard says, however, that the beast in question has a close connection to their family. Chris utters a name, as if he, too, is getting closer to knowing the monster’s origins.

Stiles and Scott make amends, and they make a pact to reunite their pack. They’ll need everyone back together if they’re to stand a chance in the upcoming battle.

Meanwhile, Kira and her mother arrive in a dessert. They’re here to visit the Skinwalkers, perhaps in an effort to help Kira come to terms with her inner kitsune, especially the newfound bloodlust that’s overpowering her. Three individuals crawl out of the dry, cracked desert earth and ready their weapons. Kira’s mother tells her to draw her sword. They prepare for battle.