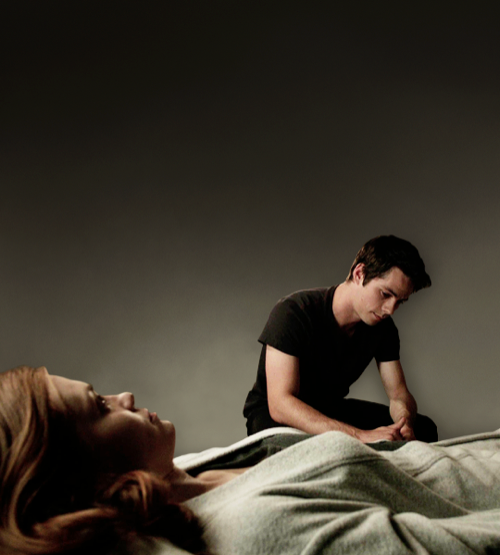 Tonight on MTV, Teen Wolf airs with an all new Tuesday  January  26 season 5 episode 14 called “The Sword and the Spirit,” we’ve got your recap down below! On tonight’s episode, Scott (Tyler Posey) tries to put his pack back together.

On the last episode, Kira and her mom took extreme measures to help Kira deal with her dark side; and Lydia was surprised at Eichen House. Kira found herself in the desert fighting off Skinwalkers, Stiles was working on his jeep; both Tracy and Theo are in the school stalking the beast. Did you watch the last episode? If you missed it, we have a full and detailed recap right here for you.

On tonight’s episode per the MTV synopsis “Scott tries to put his pack back together; and Malia and a new ally set out to rescue Deaton from the Desert Wolf.”

Tonight’s episode is going to be really interesting. You’re not going to want to miss even a minute of this exciting season 5 episode 14! We will be live blogging TEEN WOLF on MTV beginning at 10 PM EST. How excited are you for the upcoming episode of Teen Wolf? Who’s your favorite character so far? What will happen next? Sound off in the comments down below and let us know!

Gerard and Chris are currently hunting the Beast. Chris asks Gerard what the beast looks like; Gerard said his grandfather told him that it looks like a “shadow pretending to be real.” As far as legend goes, the only weapon to ever stop the beast was a simple spear in the hands of a young woman. They continue to walk through the tunnels on their hunt. They split up and Gerard runs into the Dread Doctors. He jams a radio spike into the wall. It emits a frequency and the Doctors stop. Gerard says, “That’s right. I know you’re frequency. I also know why you’re down here. And I wonder why that could be?” Chris lights a flare and drops it down a grated shaft; the light reveals countless dead bodies piled on top of each other.

At the hospital, Parrish watches as the police wheel in the countless bodies to the morgue. Sheriff S says, “I know what you’re thinking…” He tells him not to worry about his dreams – and, right now, to especially not worry about them coming true.

Kira, Scott, and Stiles arrive. Sheriff S asks the gang if they have an idea of what this might be.

Lydia and Meredith are continuing their training sessions. Meredith tells Lydia that she needs to find a way to channel her voice.

At the school, there’s a intercom message that says there’s a county wide curfew in effect. Deputies are even patrolling the school.

Kira’s dad takes away her sword. He tells her that she needs to let her spirit take over – her spirit, not the fox’s. She needs to “outfox the fox.”

Meanwhile, Malia wakes up in the Dread Doctor’s lair. She’s been cuffed to a operating table. At first, she’s mad and defensive, but then Theo tells her that they have a device that can hone in on supernatural creatures’ frequencies. She can hone in on the Desert Wolf’s frequency to locate Dr. Deaton. It’s a goggle-like device with spikes that dig into the ocular orbits. She puts on the device. She screams in pain – but Theo tells her to OPEN HER EYES! Eventually, she does open them, and she sees her mom, the Desert Wolf, torturing Deaton. Soon, Malia jumps off the table and says that she knows where they are. They’re here in Beacon Hills.

Malia storms into the boys’ locker room. She tells Liam that he needs to tell Scott something for her: Tell Scott that there’s an Operating Theater in the tunnels – that he was correct in his original thinking. She said that she gathered some scents.

Braeden, Theo, and Malia prepare to rescue Deaton. Braeden isn’t keen on the idea of having Theo tag along, but Malia insists. Braeden informs them that there’s a story about how the Desert Wolf lost part of her powers ages ago – but that she can still handle a gun well. She has a perfect shot.

Meanwhile, Liam goes to check out the tunnels by himself. But he runs into Scott. Scott tells him that he has been following him. Liam then tells him what Malia told him.

Malia and her crew arrive at the place where Dr. Deaton is supposedly being held.

Meredith continues to tell Lydia that she needs to come up with her OWN way to harness her voice. Meredith tells Lydia about how she came into her dangerous voice – she was in Chem class as a younger girl and her voice shattered the windows. Kids wound up with glass in their arms and bodies, and there was pain all over. Meredith tells Lydia that she needs to make her voice into a “bullet,” not a bomb like her voice used to be. Lydia sees Malia crouched on the floor, terrified in the shadow of an approaching figure. Lydia asks Meredith if this is happening right now. Meredith tells her, “By now you should know what a banshee premonition feels like.”

Stiles is visiting Lydia in her hospital bed (she is still resting in a catatonic state – everything that has happened is occurring in her mind). Stiles holds her hand. He says, “Come on, Lydia. You have to come back to us. There’s no way we’re getting through this without you.” Her mom shows up. She asks him to leave. He notices the bald patch of hair. Her mother says that she’s receiving ECT – but Stiles knows something else is going on. On his way out, he bumps into an orderly, probably snagging a keycard.

Meanwhile, in the tunnels, Liam and Scott hear vibrating. They talk about apologizing – and what it means to apologize. Liam says that he feels like he must do something more than just apologize. He feels like he needs to save his life somehow. On the wall, they discover a plaque bordered by a snake eating its tail. Scott turns the plaque, which opens a new tunnel way.

When the tunnels open, Chris is standing there with Gerard. Scott is mad that Chris revived Gerard, but Chris informs Scott that this was the only way. He knows all the stories – those that have been written and those that have been passed down. They go further into the space to see the mural of two beasts. One is The Beast, and the other is the Hellhound. They’re battling each other. The bottom of the mural depicts a pile of bloody bodies.

They say that the beasts probably don’t know who they are during the day – but that one is trying to remember. The fact that The Beast doesn’t know who he or she is might give them some time to prevent the mass murder that’s sure to result if it’s not stopped soon.

Malia and Braeden and Theo search the building. Malia says that something is wrong. They see Dr. Deaton tied to a chair. Theo turns on them. He knocks Braeden out of the way and shoots Malia in the stomach. Theo says that he didn’t want to do this…but that he had to. The Desert Wolf comes out of the shadows and throws him a glass jar of glowing blue talons. He leaves.

Meanwhile, Lydia is showering (in the real world), all while Meredith encourages her to find her power (in the dream world). “Break the glass,” Meredith tells her. In the real world, a nurse is about to inject her with a dose of something.

Next, in Eichen House, Lydia manages to find her power and break the glass – that barrier in her mind. She shoots upright. In her bed, she screams.

Her scream, somehow, manages to effect the space where Malia is struggling to fight her mother. The lights blow out, sparks fly. Maria regains her footing and faces off with her mom. They fight.

Lydia escapes out of her room. The orderlies try to stop her, but she’s learning to channel her scream. She fends them off.

In the building, the Beast breaks out from behind the wall. They all manage to escape just in time.

Outside Eichen House, Lydia is stopped by a group of people. She says, “Please, I have to tell them. They’re all going to die.”

Theo arrives back at the Lair. Deucalion is there. He supposedly knows about The Beast – the most powerful werewolf to have ever lived. Theo wants to know how he can steal this wolf’s power, but he needs Deucalion’s help. Deucalion, who lost his sight by the hand of Scott McCall, says that he might be open to negotiation. But he wants the eyes of Scott first.

The gange assembles. They make it their next mission to rescue Lydia Martin.

The pack is back.